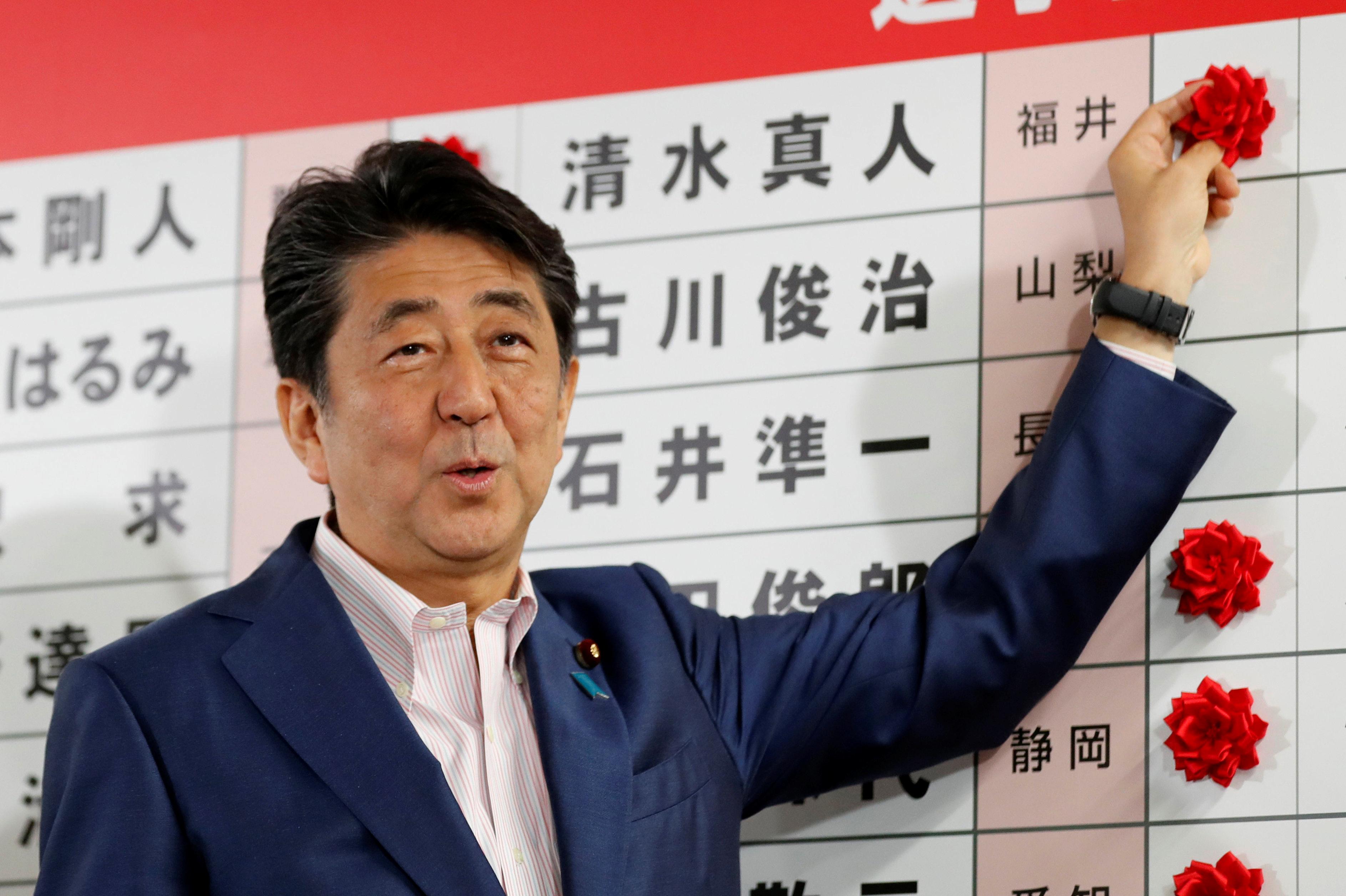 Abe, who took office in December 2012 pledging to restart the economy and bolster defense, is on track to become Japan’s longest-serving premier if he stays in office until November, a stunning comeback after he abruptly ended a first, troubled one-year term in 2007.

However, turnout fell below 50% for the first time in a national election since 1995, a sign many voters feel they lack an attractive option. It would be the second-lowest level since records began after World War Two, the government said.

Abe’s Liberal Democratic Party (LDP) and its junior partner, the Komeito party, were assured 71 of the 124 seats being contested in parliament’s 245-seat upper house, NHK showed.

However, NHK said the ruling bloc and its allies fell short of the 85 seats needed to retain the two-thirds “super majority” required to begin revising the constitution’s pacifist Article 9 to further legitimize the military, a controversial step.

Abe said the size of the victory showed voters wanted to debate changing the charter for what would be the first time since its enactment after Japan’s defeat in World War Two.

“Of course, we cannot take the timing as a given, but I would like to achieve it (constitutional reform) somehow during my term,” Abe said on television on Sunday evening. His term as LDP president runs until September 2021.

Changing the charter would be hugely symbolic, underscoring a shift away from post-war pacifism already underway.

Article 9, if taken literally, bans maintenance of a military but has been stretched to allow armed forces for self-defense.

Without the two-thirds majority, Abe is likely to try to lure other opposition lawmakers to back his proposal to enshrine the military in the constitution, but that could be tough with a lower house election certain between now and 2021.

Surveys show voters are divided over changing the charter, with opponents worried doing so would increase the risk of Japan getting entangled in U.S.-led conflicts.

Any change must be approved by two-thirds of both houses of parliament and a majority in a public referendum. The LDP-led bloc has a two-thirds majority in the lower house.

Abe pushed his LDP-led coalition as the best bet for political stability during his campaign.

Opposition parties focused on voters’ finances, including a potential hit on spending from an October rise in the sales tax to 10% and strains in the public pension system due to Japan’s quickly ageing population.

LDP Secretary-General Toshihiro Nikai told a TV broadcaster he would support Abe if the premier wanted to seek a fourth term as party president, which would require a change in party rules. “Of course, I’d support him. Because he has the support of the people,” Nikai said. 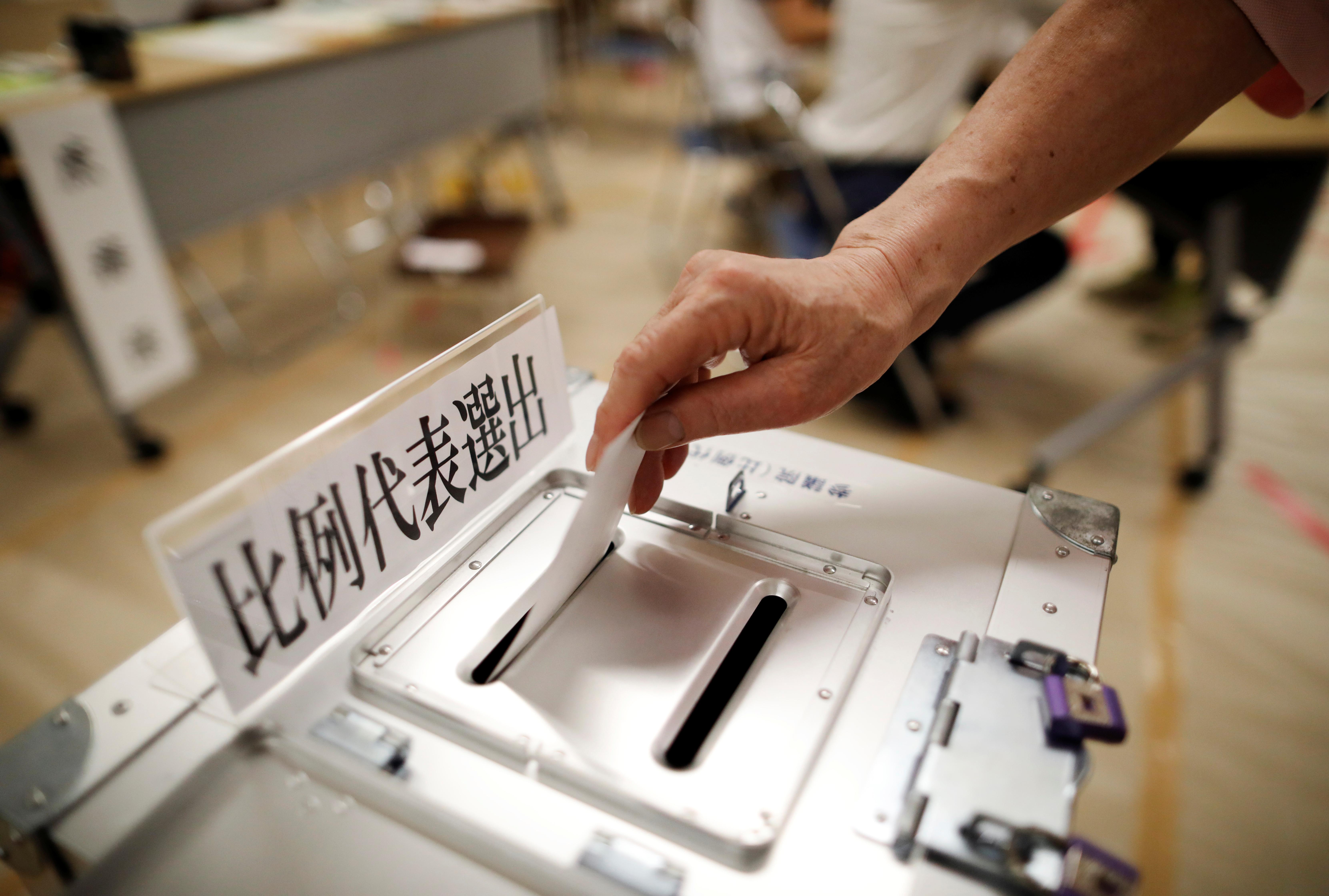 Abe, however, said later that he was “not thinking at all” now about running for a fourth term and was focusing on the tasks that remained during the rest of his term.

Abe had already led his party to victory in five national elections since 2012, helped in part by a fragmented opposition and low turnout by voters.

The biggest opposition force, Constitution Democratic Party of Japan, was set to increase its seats but remain dwarfed by the LDP, NHK reported.