Sally Lane, 56, and the Muslim convert’s father, John Letts, 58, are currently on trial accused of funding terrorism after sending cash to Jack Letts, 24.

The pair are said to have tried to or sent the Jihadi around £1,723, despite believing he had joined IS.

On a separate occasion the desperate Mum attempted to use £5,000 inheritance from Jack’s grandfather in order to “bribe” him and his Iraqi wife to safety.

Jurors heard how Jack was just 18 when the troubled teen left the comfort of his home in Chiswell Road, Oxford and fled to Syria, later marrying the daughter of a high-ranking tribesman in Iraq.

Speaking from the witness box at the Old Bailey in London, Ms Lane told the jurors: “I was horrified. I screamed at him, ‘How could you be so stupid? You will get killed. You will get beheaded’.”

Lane told the court how she believed her son had initially travelled to Jordan and Kuwait to study tourism but on September 2, 2014, her son called her from Syria. 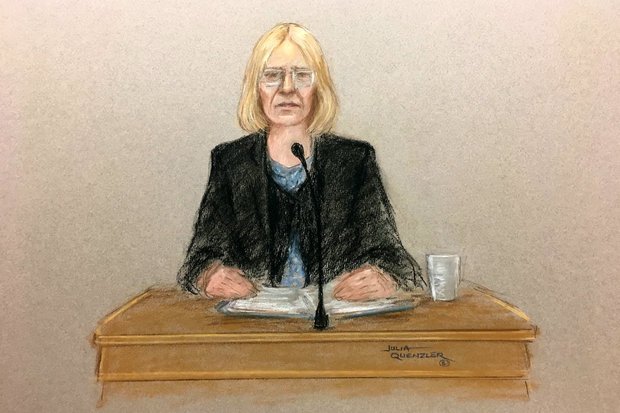 “He did not say exactly where he was. He tried to be reassuring, saying everything is fine. It’s a civilian area, it’s not a war zone.

“Someone had looked after him when he was ill and not to worry.”

Later, Lane said she felt “absolutely sick” when she learned her radicalised son had threatened to behead a school friend on Facebook.

Linus Doubtfire had posted a picture to Facebook celebration his Commando Artillery Course in the British Army when Jack Letts commented: “I would love to perform a martyrdom operation in this scene.”

Linus Doubtfire had posted a picture to Facebook celebration his Commando Artillery Course in the British Army when Jack Letts commented: “I would love to perform a martyrdom operation in this scene.”

His mother told the court: “I thought it was not him because it was a public post. Jack had told me that other people used his account.

“Around this time we were also receiving false information. I received a message on an account saying he was dead, for instance.” 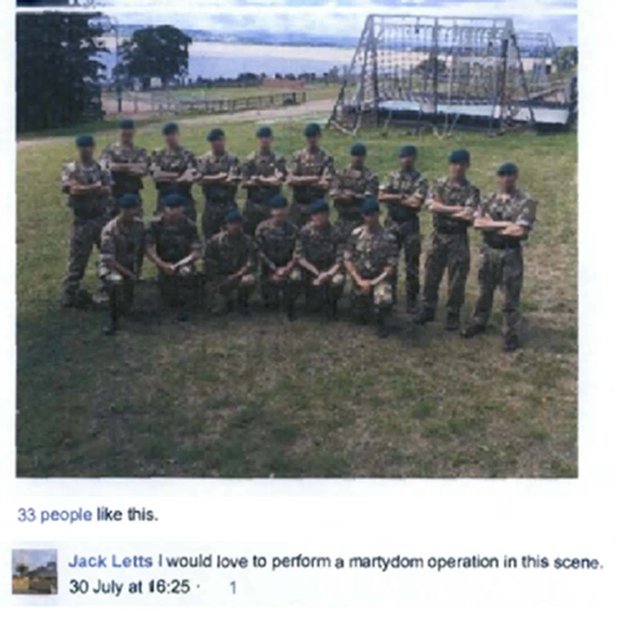 Jihadi Jack’s father, John, had earlier told jurors he was only trying to protect his son, adding that he would have never forgiven himself if his son died in the war torn country.

John also claimed Prevent Officer PC Rachel Mahon told him no court would convict him for helping his sons, with their lawyers further claiming counter-terrorism police had granted the family permission to send money to their Jihadi son.

John Letts and Sally Lane deny three charges of entering into a funding arrangement for the purposes of terrorism.