Home » Jimmy Lai Hong Kong: Who is Jimmy Lai? Why has he been arrested in Hong Kong?

Jimmy Lai was one of many activists who appeared in court on Friday. Mr Lai was sentenced to 14 months in prison while none others received jail time or suspended sentences. Mr Lai, 73, has been in jail since December after being denied bail in a separate trial. Mr Lai’s repeated arrests have drawn much criticism from western countries watching the situation unfold in Hong Kong, some of which have openly drawn concerns over waning freedoms in the former British colony and buzzing financial hub.

Who is Jimmy Lai?

Jimmy Lai, or his Chinese name Lai Chee-Ying, is an entrepreneur from Hong Kong.

The billionaire has owned a number of listed companies, but most notably he’s a media mogul and heads pro-democracy opposition newspaper, Apple Daily.

Mr Lai was arrested over his connections to pro-democracy protests in Hong Kong that took place in 2019. 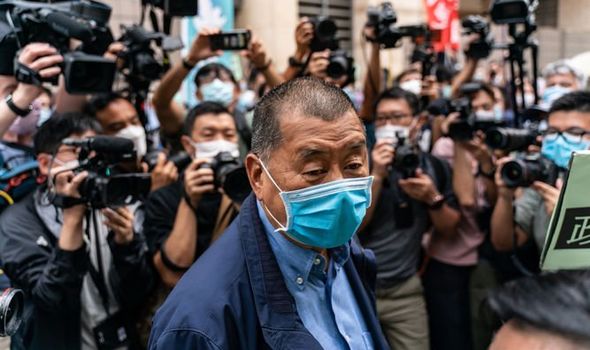 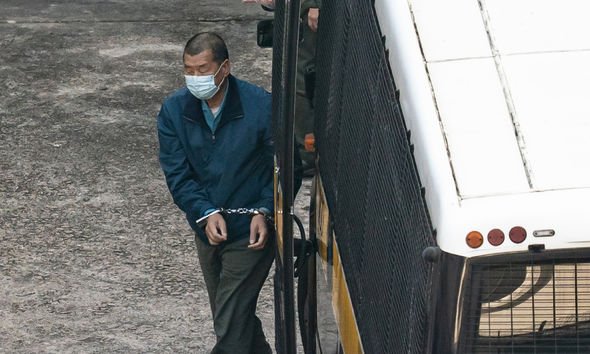 The media tycoon is a fierce critic of the Beijing Government, led by Xi Jinping.

He was one of several activists summoned to court for taking part in “unauthorised assemblies” during mass pro-democracy protests two years ago.

Mr Lai is one of Hong Kong’s most prominent democratic activists and is the first to ever receive a jail sentence.

The billionaire was found guilty in two separate trials for the assemblies, on August 18 and August 31, 2019, respectively. 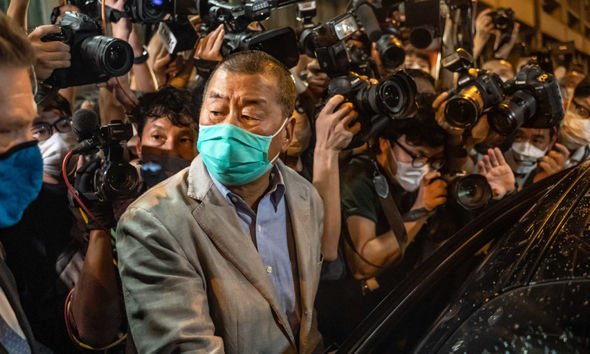 District court judge Amanda Woodcock said even though the August 18 assembly was peaceful, there was a “latent risk of possible violence”.

Judge Woodcock added that a deterrent sentence and “immediate imprisonment” was appropriate in this case. 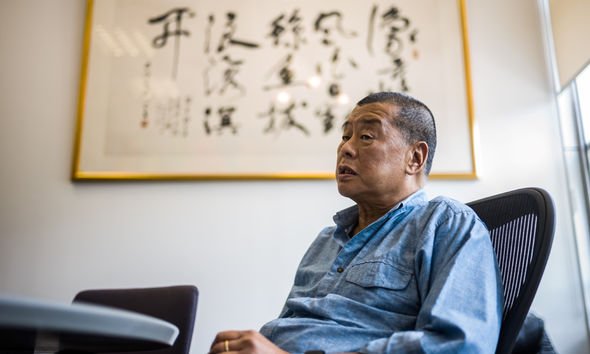 Ms Mishare said: “The wrongful prosecution, conviction and sentencing of these activists underlines the government’s intention to eliminate all political opposition.”

Mr Lai has been a frequent visitor to Washington DC, meeting officials like former Secretary of State Mike Pompeo in an effort to rally support for Hong Kong democracy.

This prompted Beijing to label Mr Lai a “traitor”.

Prosecutors said he will face two additional charges of conspiracy to collude with foreign forces and conspiracy to obstruct the course of justice.

Earlier this week, Apple Daily published a hand-written letter Mr Lai sent to his colleagues from prison, saying: “It is our responsibility as journalists to seek justice.

“As long as we do not let evil get its way through us, we are fulfilling our responsibility.”

They received sentences of up to 18 months, while Ms Ng was given a suspended sentence.

During her mitigation speech, Ms Ng said the law must not only be defended in courts or the legislature, but also in the streets.

She said: “When the people, in the last resort, had to give collective expression to their anguish and urge the government to respond, protected only by their expectation that the government will respect their rights, I must be prepared to stand with them, stand by them and stand up for them.”