TIME’s four finalists for ‘Person of the Year’ include Joe Biden, Donald Trump, Dr. Fauci and healthcare workers plus the ‘movement for racial justice’

TIME Magazine announced on Thursday that it has named its four finalists for the title of ‘Person of the Year’ – President-elect Joe Biden, President Donald Trump, Dr. Anthony Fauci and healthcare workers, and racial justice protesters.

The winner will be announced on Thursday night during a television special that will air nationally on the NBC network beginning at 10pm Eastern Time.

That is when TIME editors will reveal who they believe is deserving of the title, which goes to the individual or group of people who have made the most significant impact – both positive and negative – across the globe.

Edward Felsenthal, the editor-in-chief of TIME, appeared on NBC’s TODAY show on Thursday morning to announce the finalists.

He said 2020 was a ‘really challenging year to make this call.’ 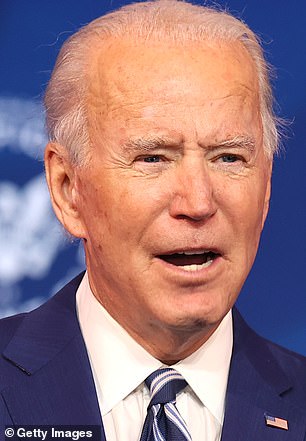 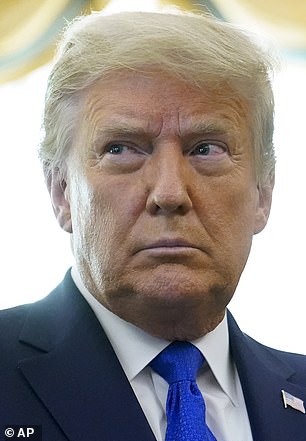 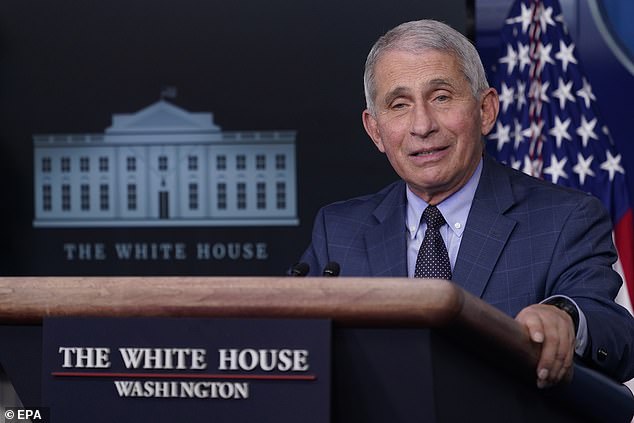 Dr. Anthony Fauci, the nation’s foremost infectious disease expert, has also been named as a finalist for ‘standing up for science at a time when science needed to be stood up for,’ according to TIME editor-in-chief Edward Felsenthal 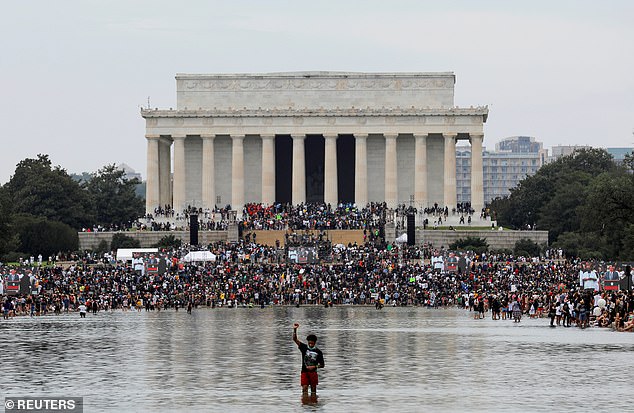 A demonstrator pumps his fist as others gather in front of the Lincoln Memorial for the ‘Get Your Knee Off Our Necks’ march in support of racial justice on August 28. The protesters are also among the finalists for TIME Person of the Year 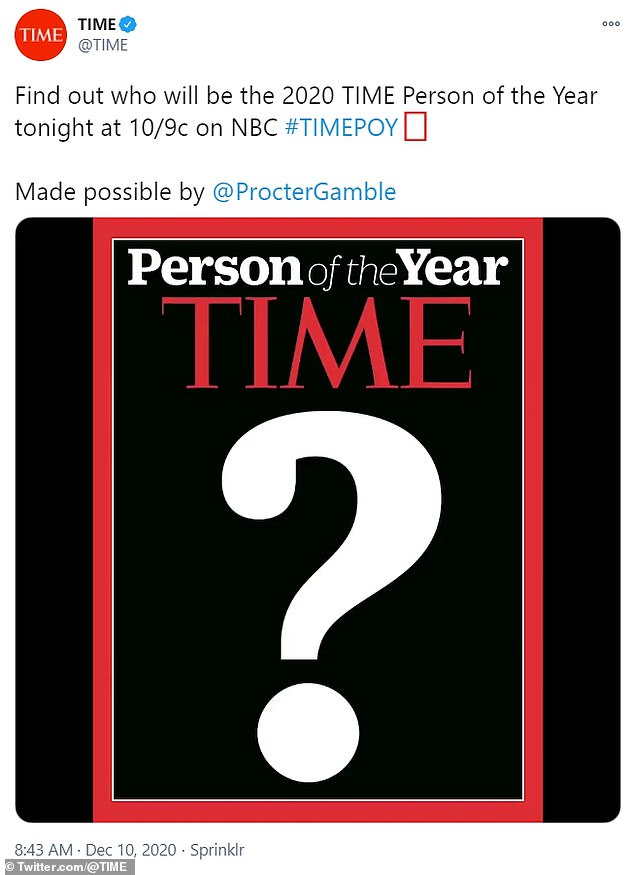 When asked to explain why Biden was picked as a finalist, Felsenthal cited the former vice president’s ‘historic’ election win thanks to ‘the most popular votes of any candidate in history.’

Felsenthal noted that Biden won the largest share of the popular vote when running against an incumbent than any presidential candidate since Franklin Delano Roosevelt in 1932.

FDR defeated President Herbert Hoover in a landslide, capturing more than 57 per cent of the vote.

Trump, who won Person of the Year in 2016, is a finalist because ‘he’s not going away,’ according to Felsenthal.

‘He’s still very much in control of the Republican Party,’ the editor-in-chief said of the nation’s 45th president.

‘He has completely changed the norms of campaigning for the White House as he has changed so many norms throughout his term.

‘He’s obviously had a huge influence for better or for worse in how he’s handled the coronavirus pandemic,’ Felsenthal said.

Trump was named Person of the Year by TIME in 2016. That year, he shocked the world by defeating Hillary Clinton to win the presidential election.

Felsenthal said the movement for racial justice was an ‘extraordinary and incredibly important story’ about ‘the largest mass protest in US history.’ 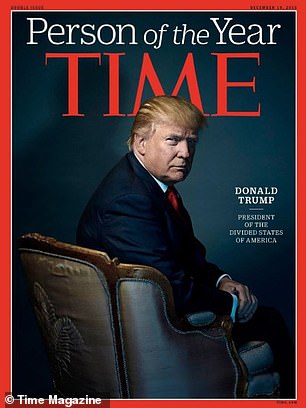 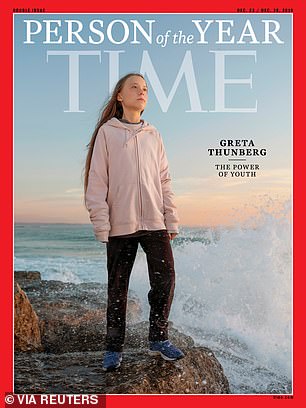 Trump was named Person of the Year by TIME in 2016. That year, he shocked the world by defeating Hillary Clinton to win the presidential election. Last year, it picked 17-year-old Greta Thunberg (right) as its Person of the Year. The young Swede was recognized for her activism in promoting awareness of climate change.

In the weeks following the May 25 police-involved killing of George Floyd in Minneapolis, millions of Americans from across the country took to the streets to protest police brutality.

The demonstrations at times descended into violence as rioters and looters caused damage to storefronts and other businesses.

The protest movement prompted local and state governments to make changes that included reducing police budgets and placing more emphasis on mental health and the reduction of income inequality.

In explaining the inclusion of Fauci and front line health care workers on the list, Felsenthal said that the COVID-19 pandemic was a ‘once-in-a-century story.’

Fauci is credited with ‘standing up for science at a time when science needed to be stood up for,’ Felsenthal said.

The coronavirus continues surging across much of the world, claiming more than 1.5 million lives, including more than 289,000 in the United States.

The pandemic has upended normal life throughout much of the Western world, forcing businesses to close, grinding travel to a halt, and inundating hospitals with sick patients who contracted the illness.

The magazine has named a recipient every year since 1927. Last year, it picked 17-year-old Greta Thunberg as its Person of the Year.

The young Swede was recognized for her activism in promoting awareness of climate change.

In 2018, the magazine selected several journalists who were either imprisoned, killed, or shot. TIME hailed the group as ‘guardians’ in the ‘war on truth.’ 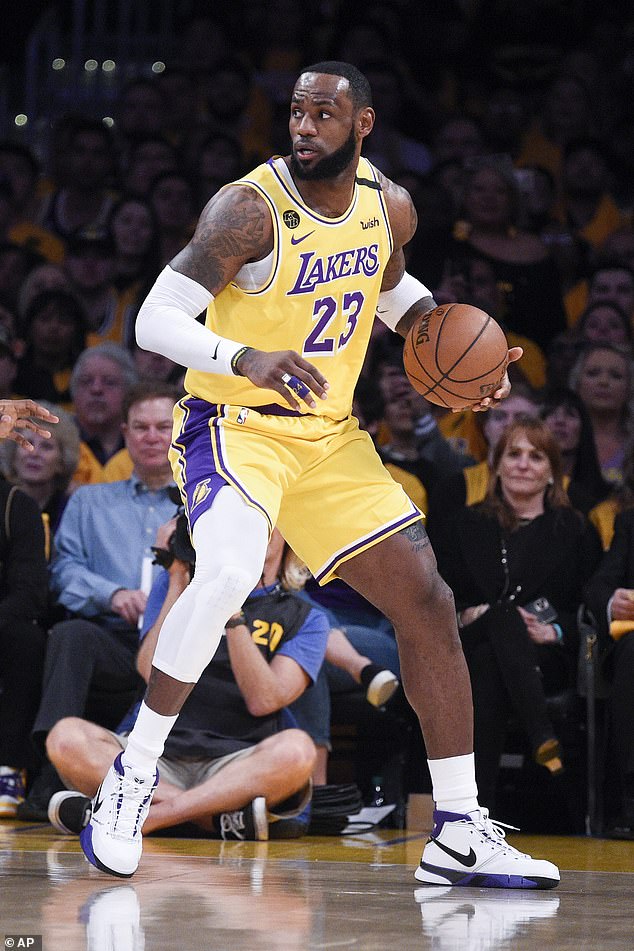 Los Angeles Lakers superstar LeBron James was named TIME athlete of the year on Thursday. James led the Lakers to an NBA championship this year while also emerging as an activist for racial causes 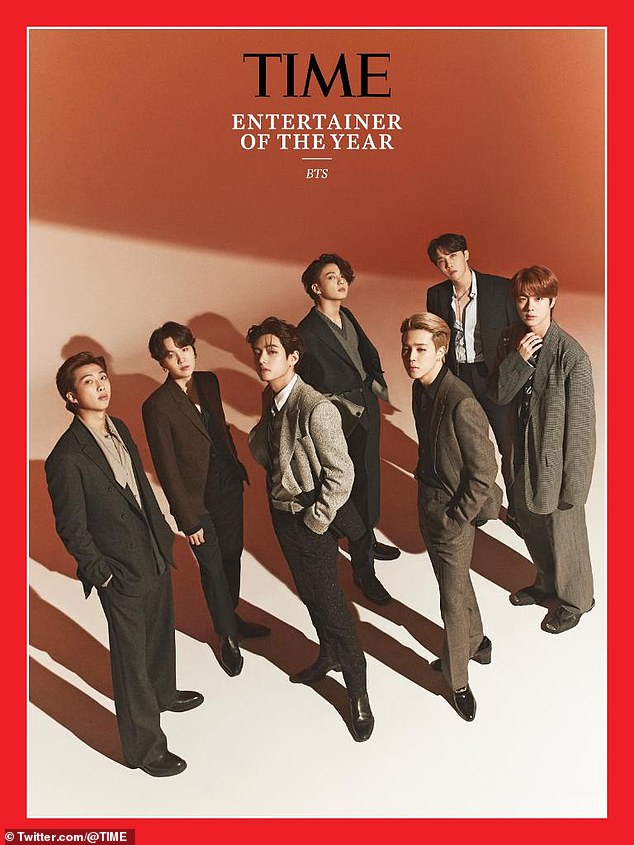 TIME has already announced that LeBron James of the Los Angeles Lakers is this year’s recipient of its athlete of the year title.

James, 35, captured his fourth NBA championship this year after leading the Lakers to the title. He is also credited for his activism in the wake of the police-involved killing of George Floyd.

TIME also announced its entertainer of the year – the Korean boy band BTS.

The magazine cited BTS’ massive global presence amid the pandemic, including leveraging their massive fan base to support causes like Black Lives Matter.

The group has become a staple of recent awards shows, performing their flashy No. 1 hit Dynamite.

The song in November brought BTS its first Grammy nomination.

TIME will also announce its businessperson of the year. Last year’s winner was Robert Iger, the executive chairman of the Walt Disney Company.