The First Lady accepted the flower and then the US President gave her a gentle tap on the back before the couple departed for Georgia. The spontaneous show of affection sent social media fans into a frenzy with many commenting on “how sweet” the gesture was.

One Twitter user said: “What a sweet gesture. I love this couple.”

Another person posted: “The President demonstrating that he is an example of a man, loving, affectionate, respectful, humble, sensitive, simple, a great human being.”

A third social media user wrote: “Omg they are so cute.” 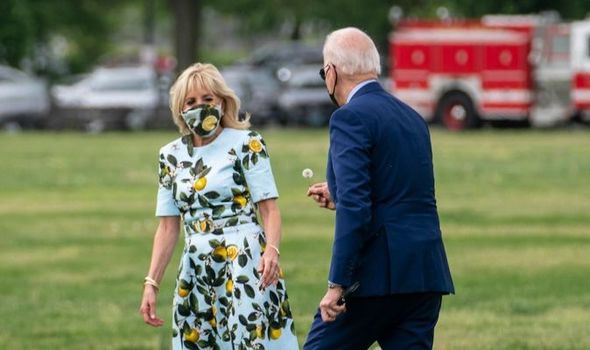 One person tweeted: “Number of times Trump did that? Literally never.”

Mr and Mrs Biden were heading to Atlanta to meet with former President Jimmy Carter and hold a rally to mark 100 days in office.

Earlier this week, President Biden delivered his first address to a joint meeting of Congress.

White House pool reporter, Laura Figueroa, who broke the dandelion story, explained how these moments help to chronicle the President’s time in office.

She tweeted: “My Twitter mentions are going crazy again because I noted in my pool report that Biden stepped down to pick up a Dandelion for FLOTUS. 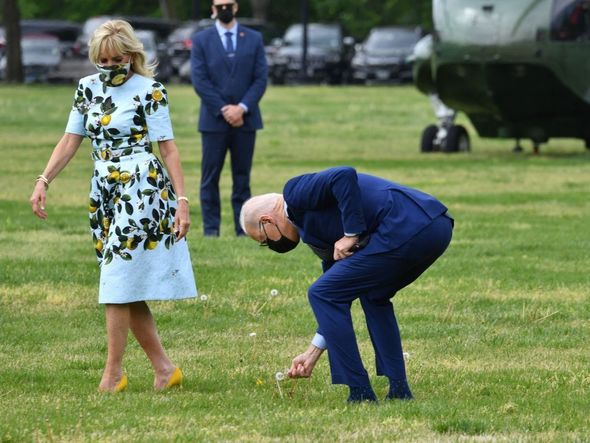 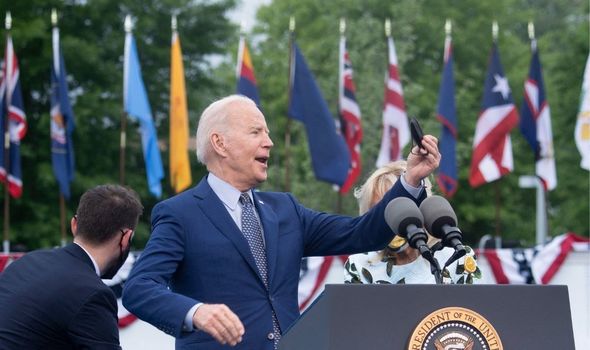 “No it’s not earth shattering news, but it’s the job of the print pooler to note all the details of the president’s movements.”

During Mr Biden’s speech in Duluth, Georgia, he marked his 100th day in office and delivered his $4 trillion infrastructure proposal to fix America’s crumbling highways and bridges.

At the end of the speech, the President lost his face mask and appeared to slightly panic.

He said: “Looking for my mask, I’m in trouble.”

Thankfully an aide came to the rescue and handed Mr Biden a mask.