US President Joe Biden scrambled to get off stage after giving a speech in New York. Under applause form the public, the American President is seen walking to his right with his arms still flexed. Apparently confused, he asks someone for directions.

As he approaches the edge of the stage, he turns to a member of the public and points his fingers downards, seemingly asking whether he has to get down there.

Evidently confused, President Biden then turns around and stays put, staring at someone. He proceeds to button up his shirt and turns around again.

The President eventually gives up on on stepping off stage, as he is unable to find the way out.

Clay Travis, who shared the video on Twitter, said: “Joe Biden has no idea what’s going on. The guy can’t even get on and off the stage.” 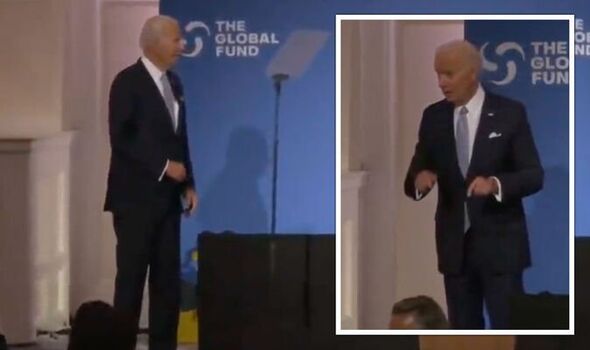 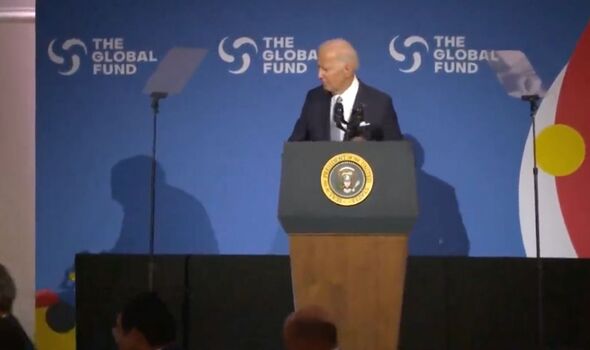 The US President was addressing an event organised in New York to raise funds to fight AIDS, tuberculosis and malaria.

In his speech, President Biden thanked all the participants for the contributions they made.

According to a White House script, he said: “Thank you for fighting for what counts.

“This is all about saving lives – there’s no ambiguity here – working with partners to ensure that all communities are healthy and strong – at least have a shot at being healthy and strong; that people everywhere can live in dignity.” 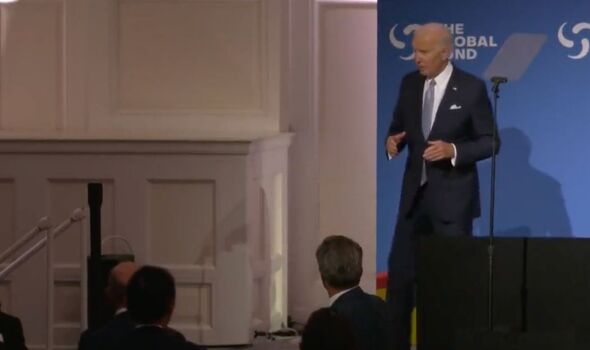 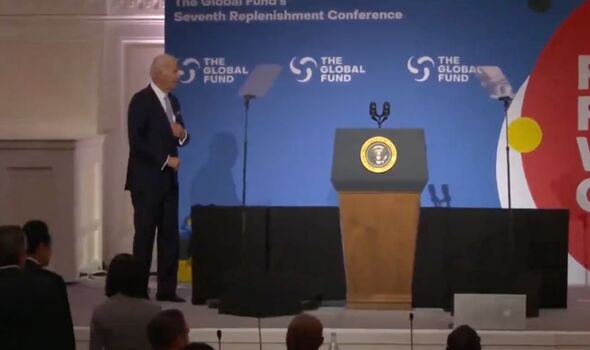 This is not the first time Joe Biden has been caught making a gaffe since he got elected President in 2020.

In a climate change speech in July 2020, the then 77-year-old President made a startling health admissions.

He recalled how his childhood neighbourhood in Delaware was soiled by nearby refineries, saying: “That’s why I and so damn many other people I grew up have cancer.”

The White House spokesperson tried to wave the comment away by pointing the “non-melanoma skin cancers” that Biden had treated years ago. 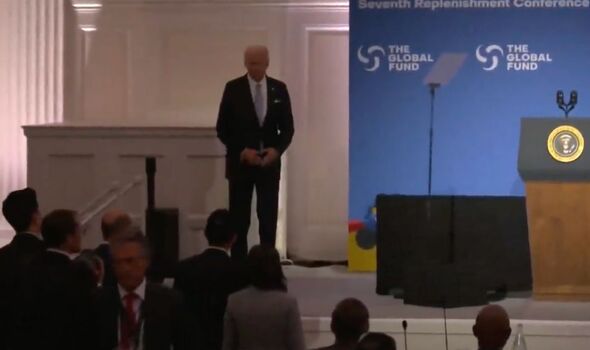 A month before the slip-up, the US President took a tumble when he tried to get off his bike at the end of a ride in his home state of Delaware.

According to a Reuters/Ipsos opinion poll released on Tuesday, Joe Biden’s public approval ratings have fallen to the lowest level of his presidency.

The poll found only 39 percent approved of President Biden’s handling of his job.

READ NEXT:
Do you think a trade deal with US is a priority? POLL
Cleverly set for brutal showdown with Lavrov
Does Joe Biden support the Northern Ireland Protocol?
Biden claims Russia aims to ‘extinguish Ukraine’s right to exist’
Brexit masterstroke as ‘ruling out US trade deal strengthens UK hand