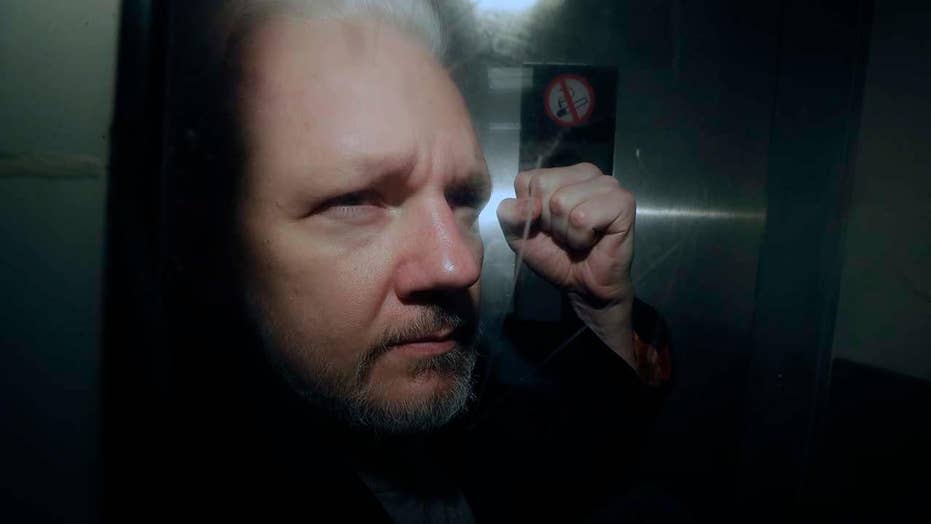 Wikileaks founder Julian Assange was moved to a health ward in the British prison where he’s being held.

A United Nations expert on torture claims that Wikileaks founder Julian Assange is not fit to stand trial and that he showed “all symptoms typical of prolonged exposure to psychological torture.”

The U.N. human rights office said Friday that Nils Melzer, the special rapporteur on torture, visited Assange in a London prison on May 9 with two medical experts.

Melzer urged Britain to not extradite Assange, claiming his health had been affected by “the extremely hostile and arbitrary environment” he faced for years.

“I’ve worked in many areas of war in my life, in situations of violence, and I’ve talked to victims of persecution around the world and I’ve seen very serious atrocities,” he told the BBC. “But [what] I have never seen is that a single person has been deliberately isolated and, I would say, persecuted – not prosecuted, but persecuted – by several democratic states in a concerted effort to eventually break his will.”

Melzer said he believes Assange has a “very reasonable fear” that if he were extradited to the United States, “he has no chance to get a fair trial with the level of public and official prejudice that exists there for him.”

“The UN Special Rapporteur should allow British courts to make their judgements without interference or inflammatory accusations,” he tweeted.

Meanwhile, the justice ministry spokesperson told the BBC that the United Kingdom did not participate and torture and that the government disagreed with a number of Melzer’s findings.

Melzer responded to Hunt, saying on Twitter that Assange was “about as ‘free to leave’ as someone sitting on a rubberboat in a sharkpool.”

The 47-year-old Assange is currently in Belmarsh Prison serving a 50-week sentenced for jumping bail in Britain while fighting extradition after U.S. prosecutors accused him of violating the Espionage Act over the publication of secret documents. In Sweden, he wanted for questioning for sexual misconduct allegations.

It is not clear which claim would take precedence.

He was arrested in April after Ecuadoran officials withdrew his asylum status and officers stormed into its embassy in London.

Melzer’s comments came a day after Assange missed a court session apparently due to health problems. His lawyer told the court that Assange was “not very well.”

Wikileaks said in a statement it has “grave concerns” about Assange’s health and that its founder has “dramatically lost weight.” The group said recently “it was not possible to conduct a normal conversation with him.”