Justice chiefs are under fire for spending £2million-a-year to double the number of back-office executives while presiding over an 80 per cent rise in murders by criminals under supervision.

Figures show the Ministry of Justice (MoJ) has expanded the number of prison and probation service executives from 10 to 17 since 2015, including a £180,000-a-year chief executive and two new director-generals each earning £160,000.

The new backroom bureaucrats also include an expanded ‘executive director’ team of 14 costing a total of more than £2 million-a-year. In 2015, a smaller team of 10 executives cost around £1.1million-a-year.

Meanwhile murder convictions for criminals monitored after their release from jails or on community sentences was 80 per cent higher in the latest figures, increasing from 41 in 2015/16 to 74 in 2019/20. 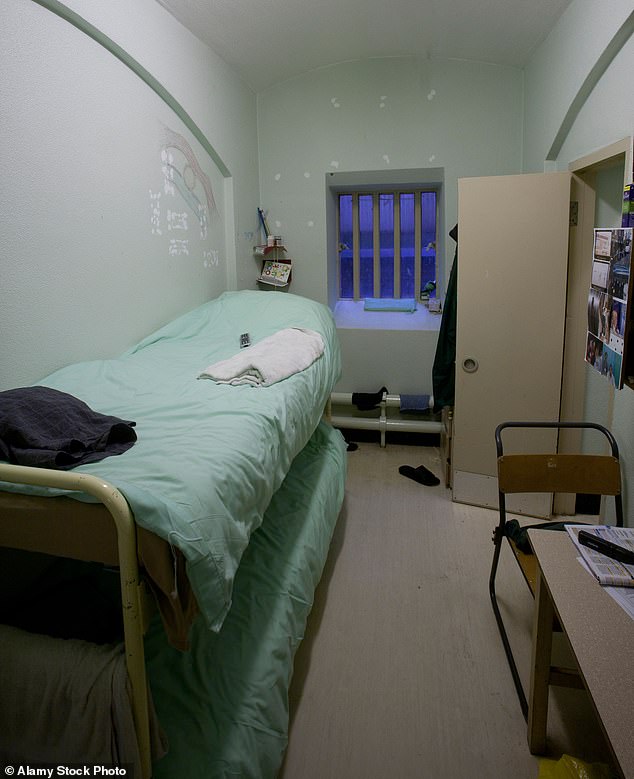 Figures show the Ministry of Justice (MoJ) has expanded the number of prison and probation service executives from 10 to 17 since 2015, including a £180,000-a-year chief executive and two new director-generals each earning £160,000

Before the pandemic the number of criminals who committed murder while being monitored by prison bosses, categorised as ‘serious further offences’ (SFO), steadily rose from 2016 to peak at 91 in 2018/19.

Explaining the rise last October, the Ministry of Justice said the ‘number of SFO convictions for murder has been higher in the three years to 2019/20, reflecting a period when overall murder convictions (non-SFO and SFO) also increased’.

‘You can’t say with any credibility that because murders are going up serious further offence murders by released inmates are going up’, he said. ‘These are people who are known to the authorities and are under supervision. It’s a false comparison.

‘It looks like an organisation focusing on all the wrong areas. In the backrooms of headquarters there is a job creation scheme for senior bureaucrats that looks to be out of control.

Calling for a review of the prison and probation service (HMPPS), he added: ‘Year on year as the mandarin headcount grows, performance at the sharp end has deteriorated.’

In September 2020 released prisoner Zephaniah McLeod, 29, went on a stabbing spree across Birmingham city centre four months after he was released from jail and killed Jacob Billington, 23, while injuring seven others.

Since 2015 the number of prisons of ‘serious concern’, the worst performing category, has also more than doubled from three to seven. The leaving rate for prison staff is now running at 11.2 per cent, higher than pre-pandemic levels.

But the MoJ has recently advertised for its 14th executive director position at £110,000-a-year to be in charge of ‘prison transformation’.

Conservative MP Bob Neill, chair of the Justice Committee, said: ‘This is something that we as a committee have looked at – we must have a focus on the frontline and retain prison staff who can make a difference rather than hiring managers who are simply working remotely.’

John Podmore, former Belmarsh governor, added: ‘For the public and for ministers the message is that our prisons are still failing. If budgets have been squeezed why is the money going to people who aren’t paid to protect the public on the frontline?’

A spokeswoman for the MoJ said: ‘As this government spends an extra £550 million over the next three years to rehabilitate offenders and protect the public, the HMPPS senior team has been configured to ensure greater accountability than ever before so they can deliver for taxpayers.’