The Irish Prime Minister was taking part in a phone-in show on Irish radio station Today FM where listeners “could ask him anything”. Asked if he would like to see a united Ireland, he said: “I would, but only in accordance with the Good Friday Agreement so that’s only with the consent of the majority of people in Northern Ireland. “That’s really important stuff and nobody should be forced into anything they don’t want.

“We don’t want to have a repeat of what happened 100 years ago when a minority were left behind.”

Earlier this week, UK Prime Minister Boris Johnson was warned that loyalists in Northern Ireland will “not tolerate an economic united Ireland”.

Sinn Fein vice president Michelle O’Neill said on Tuesday that Brexit means the British and Irish Government needs to begin preparing for holding a border poll to have a united Ireland. Ms O’Neill said the poll could take place within five years. 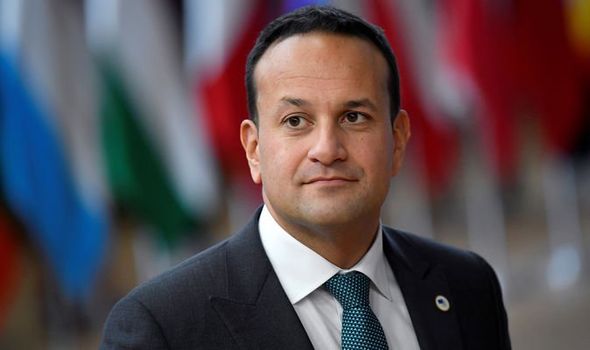 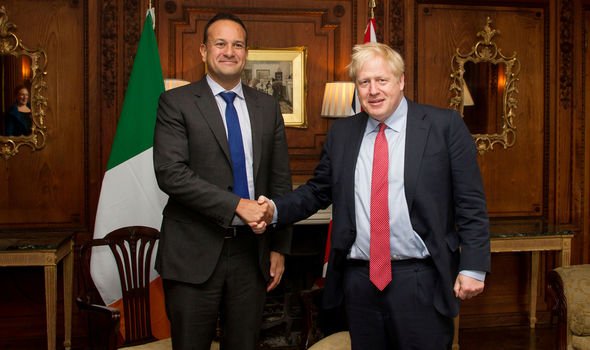 Asked how he feels about the current Brexit impasse, Mr Varadkar said Britain leaving the EU is only stage one of the process, and compared the proceedings to a divorce.

“There is the sense that we will get a deal. They will ratify it and they will leave the European Union, but then the next thing starts, which is negotiating a new relationship,” he said.

“What we’re doing at the moment is a kind of divorce. Members are deciding, making sure that the kids are looked after, deciding the financial settlement that type of thing.

“The next step then is, how do we get on with each other after divorce because we’re still going to need to have a friendship of some sort.

“So, it just moves on to the next phase, but the most important thing in the first phase was just to protect those really important things like making sure that wasn’t the border between North and South and people’s rights are protected and that people can still travel freely between Britain and Ireland.”

Mr Varadkar said he has a good relationship with Mr Johnson.

The pair had a “private one-on-one meeting” in Cheshire earlier this month in a last-ditch effort to break the Brexit deadlock.

Mr Varadkar said: “He is the guy you see, like he is personable, he’s intelligent, he’s witty – he is very normal.

“You can talk to him about stuff, you know. Some politicians are really hard to talk to. He’s a little bit eccentric, a little bit alternative.”