Looks like it’s going to be a SUNNY bank holiday (for some): Forecasters predict a long weekend of two halves with fine and dry weather in the south and highs of 62F as rain is expected in parts of Scotland and the north

Although many Brits will be able to enjoy the sunshine on the May bank holiday, others will be resigned to grey skies and rain, as a weather split falls across on the country.

The UK will be divided as forecasters predict sunny weather in the south but rain in the north and Scotland.

Stephen Dixon, a forecaster at the Met Office, said temperatures would be above average in the week leading up to the bank holiday before the UK split in terms of weather.

He said the today would see high pressure largely dominant for much of the UK. ‘The northeast and Scotland will have some showers and some patchy rain,’ he said. For the south, some good spells of sunshine.’ 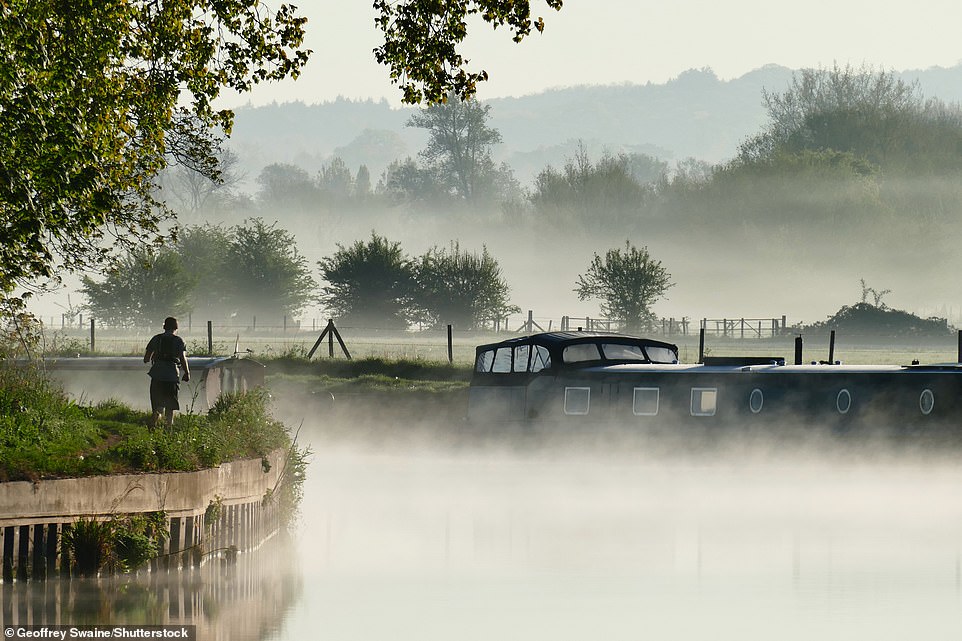 Mist rises over the River Thames on a sunny morning in the pretty village of Sonning, near Reading, Berkshire, on April 26 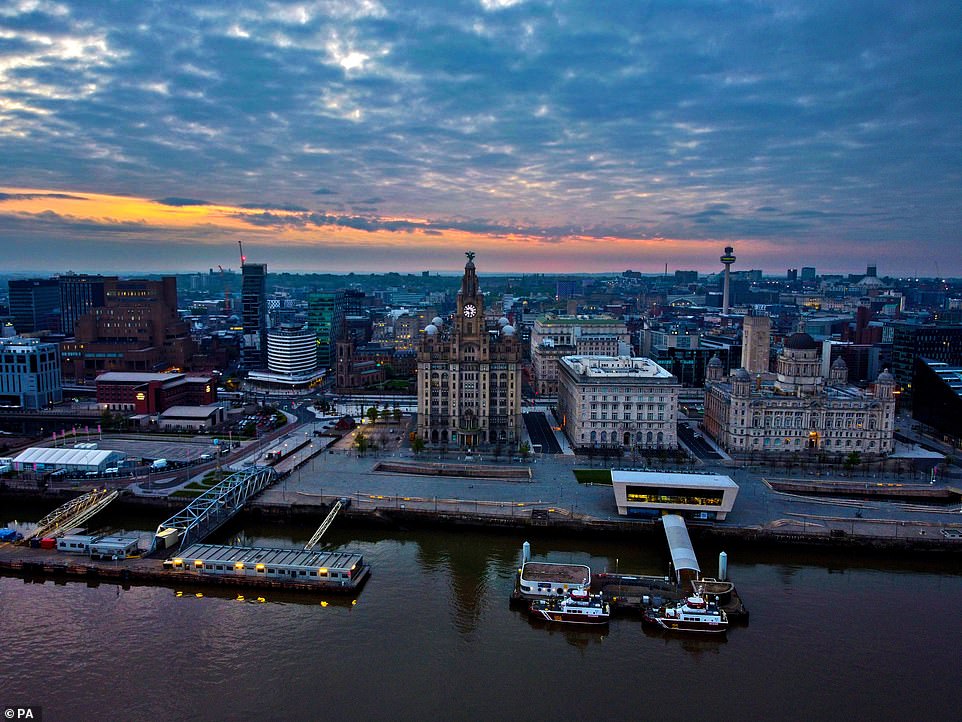 The Royal Liver Building in Liverpool was illuminated by a dazzling sunrise this morning. Temperatures are set to remain above average this week 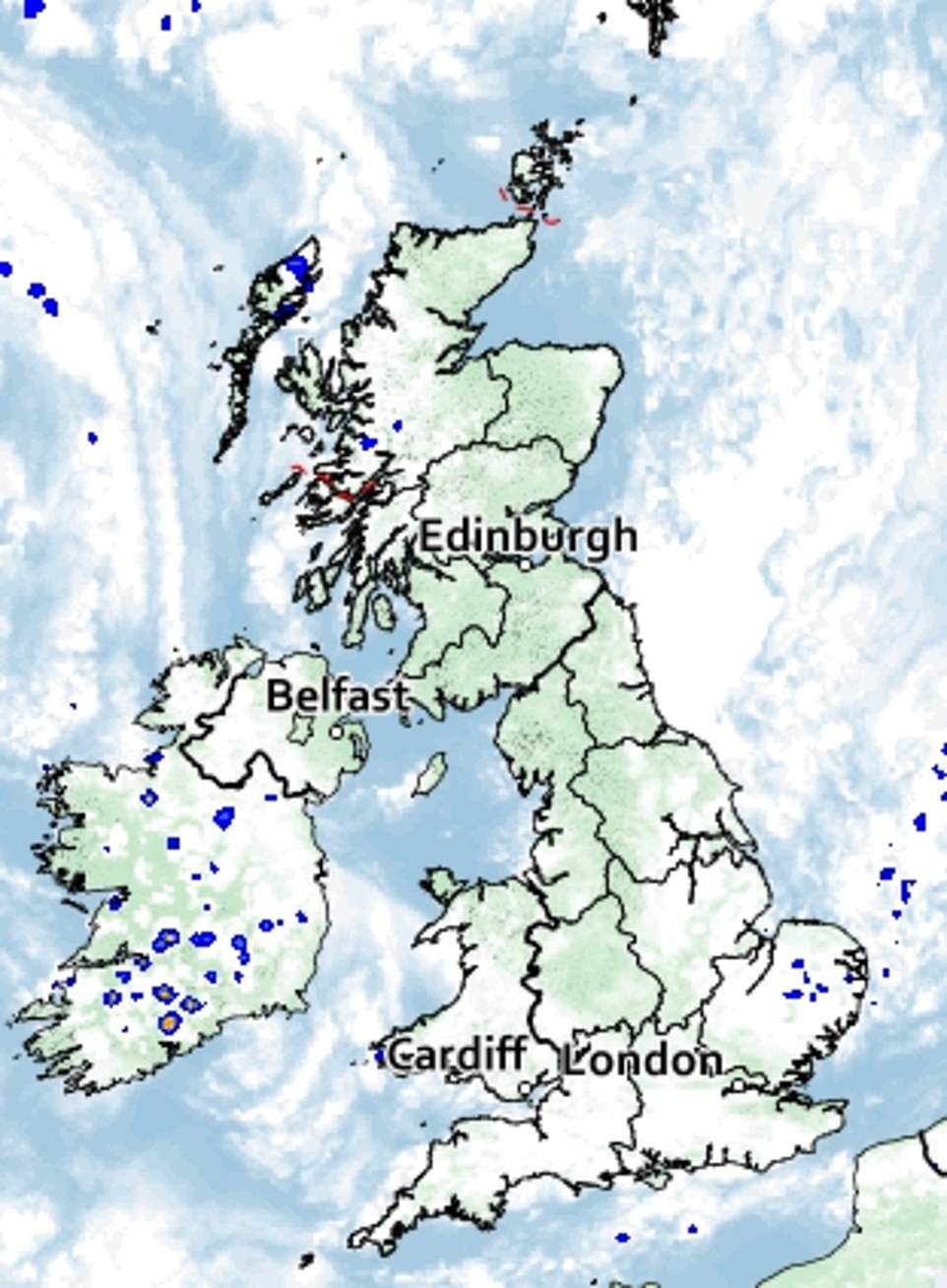 He added: ‘On Wednesday, good sunny and clear spells in the north and generally a sunny day. For Thursday, high pressure continues to sit over the UK.’

Mr Dixon said there would be ‘some good spells of sunshine to be found’ because of ‘this high pressure we are seeing’, before patchy clouded starts to spread across Britain on Friday.

However, Saturday will be a ‘change in condition’ and the forecaster admitted there is ‘uncertainty’ ahead.

As the week draws on there will be highs of 62.6F for much of the week, well above the average of 53.6F for this time of the year.

However, as the weekend approaches he warned the threat of frost will increase will colder nights and temperatures as low as 24.8F.

Western Scotland may even see as much as 20mm of rain over the May bank holiday weekend. 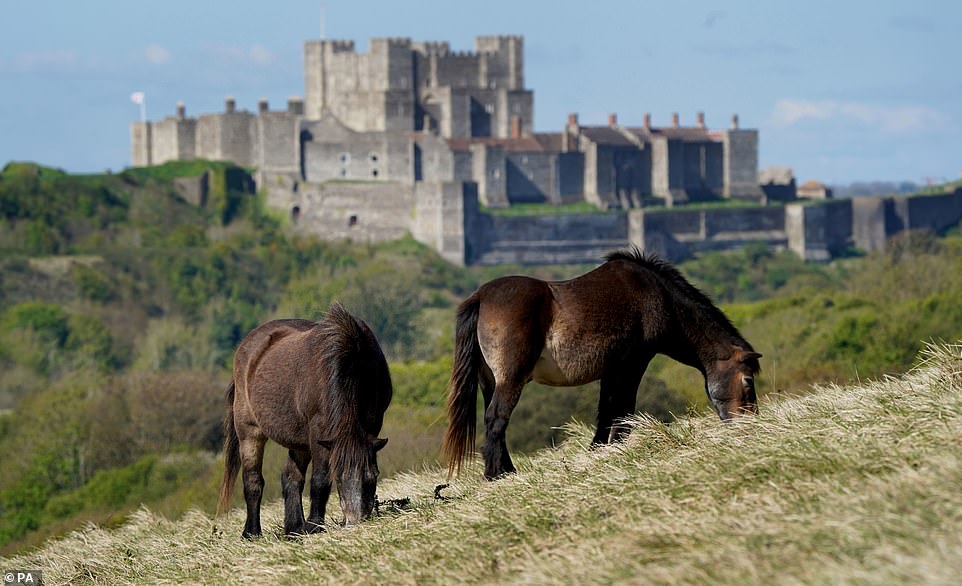 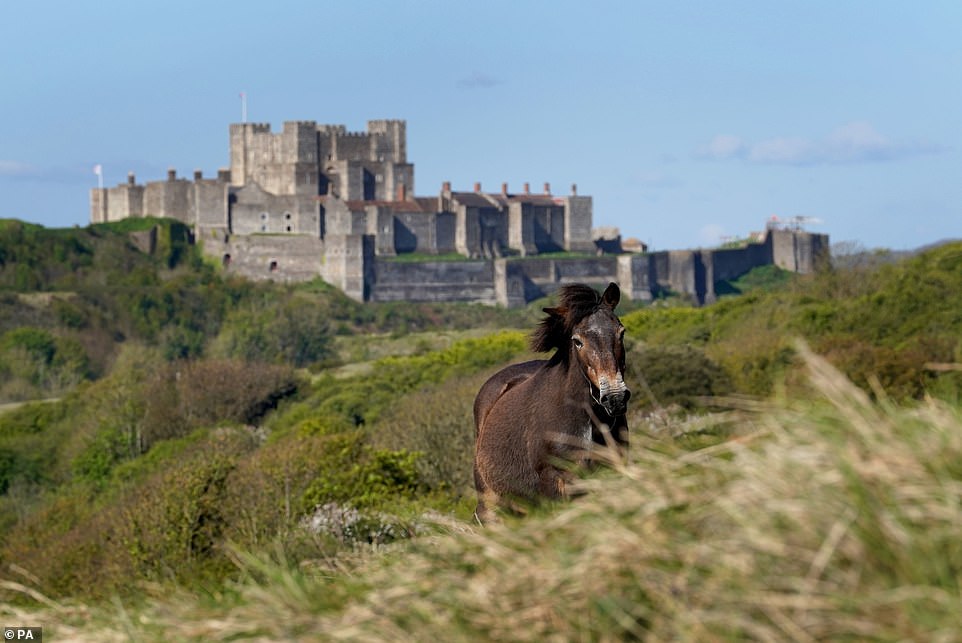 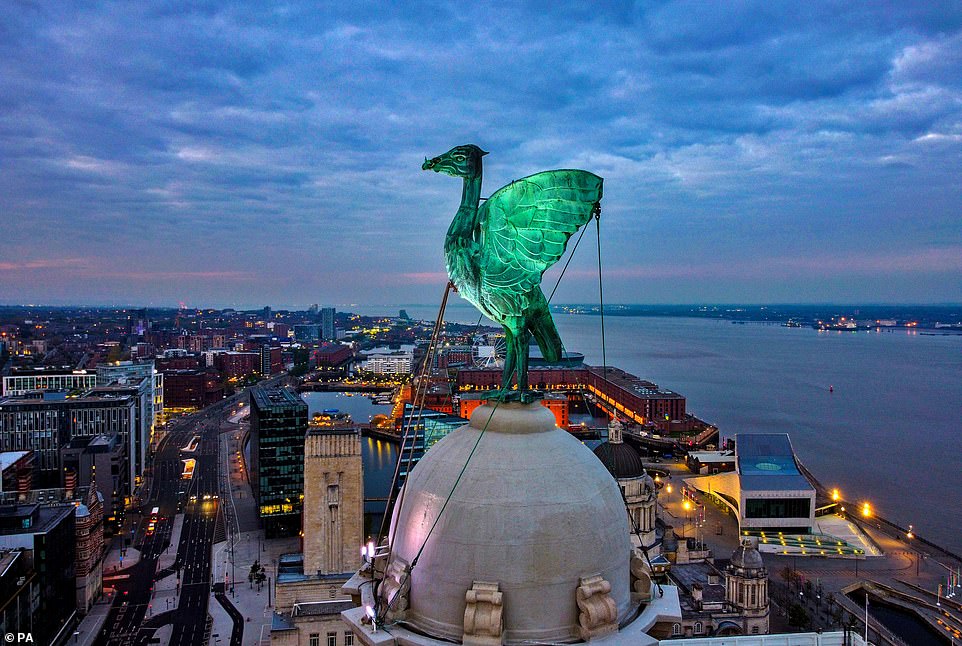 One of the emerald Liverbirds that sits on top of the Royal Liver Building in Liverpool, was illuminated just before the sun rised over the city today 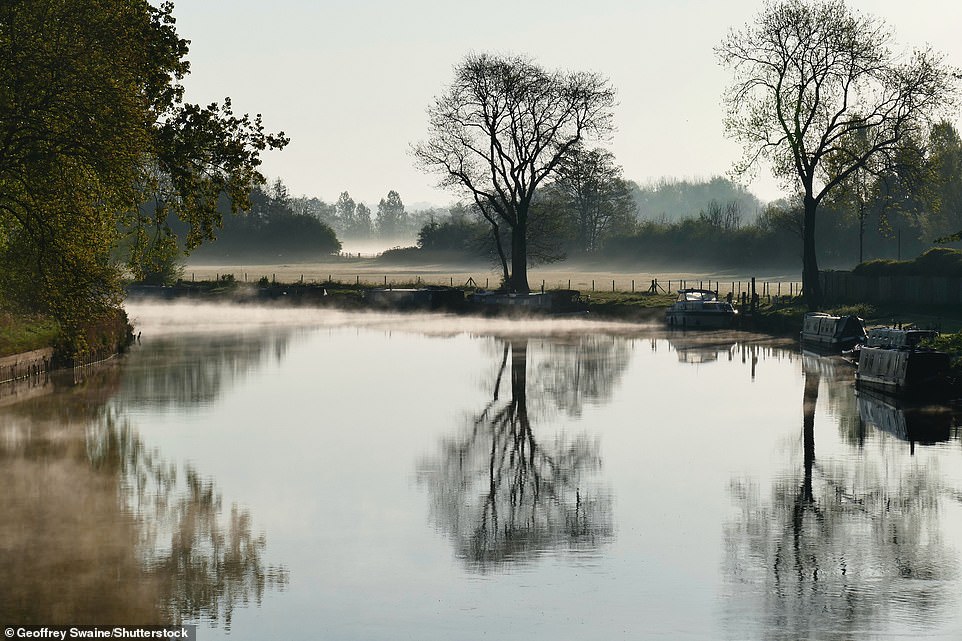 On the bank holiday weekend and beyond temperatures are likely to stay the same and there will be sunny and dry spells with a smattering of rain across the north and in Scotland.

The sun will shine especially brightly in Bristol, which is set for a glorious week of sunny weather and temperatures of up to a whopping 59F, while Brighton will also see warmer patches.

Colder nights will see more frost and the evenings are more likely to see frost in rural areas of the countryside.

The wind will only be lightly breezy, although the east coast may see stronger gusts as May goes on.

There will be clear and sunny spells for most of the middle of May, although again conditions could change and bring a longer rainfall.

Yet the end of May will see a return to warmer weather, which is likely to be a good sign for people looking ahead to a summer holiday.