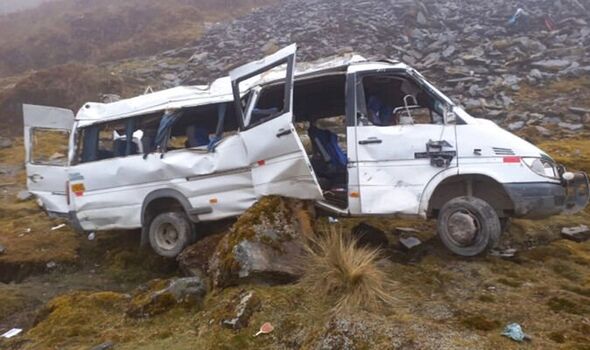 The minibus had been escorting the group back down the steep inclines from the ancient Inca ruins on Sunday night when it went off the road. Authorities said that the vehicle dropped over 100metres (around 330ft) down a steep and rocky hillside.

Among those who died in the horrific incident were three Colombians and a Peruvian, according to the nation’s Ministry of Foreign Trade and Tourism.

Roberto Sanchez, Peru’s tourism minister, said the Mercedes Sprinter had fallen down “a ravine of a little more than 100 metres”.

He added that “there was fog where the accident happened” on the winding Abra Málaga road from the historic site towards Cusco, through the Andes mountain range.

The accident occurred around 100km from the city of Cusco, the former capital of the Incan empire, at around 7pm that evening. 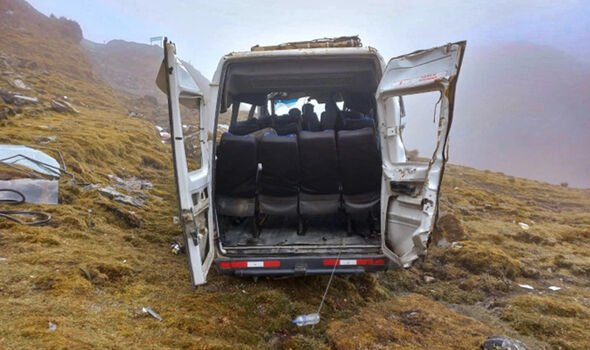 Following the crash, the sixteen injured were transferred to two clinics in the city. Some have since been discharged, the ministry said.

Among the injured were Juliet Mary Clard, Adrien Raphael Colotte and Luc Arthur Lecuyer Tom from France; María Cecilia Luis and Pedro Rubén Batuecas from Argentina; Greek tourists Myrto Arvaniti and Sofianos Andrea, the latter of whom has been discharged. 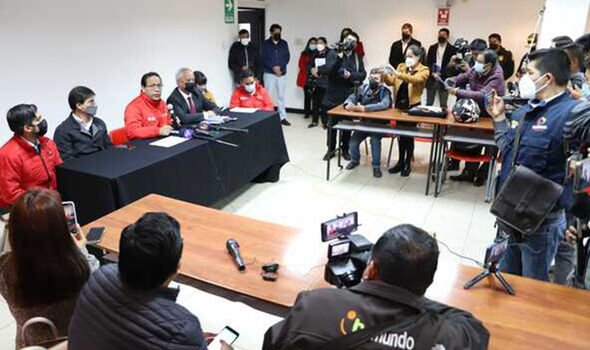 In addition, one native Peruvian, Leslie Arriaga Medrano, and the driver of the minibus, Sherwin Zevallos Montesinos, were left wounded by the crash.

Timothee Malexieux, a Frenchman who was discharged following the accident, reportedly told local press he had been sleeping when the bus crashed off the road.

He added that he was personally “physically fine” despite the scare.

The Peruvian tourism ministry said Mr Sanchez had been in Cusco since the early hours of the morning supervising care for those wounded and organising the repatriation of the deceased. 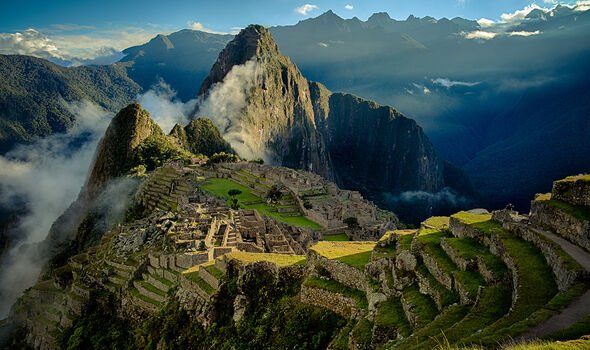 He said some of the injured tourists would be transferred to the Peruvian capital Lima by an Air Force plane soon.

The ministry expressed its “condolences to the families and friends of the victims of this unfortunate event” in a statement yesterday (Monday).

Road accidents are relatively commonplace in Peru, which suffers from poor road surfaces and a lack of road signage, as well as many steep passes through its vast mountainous regions.

Three weeks ago, 16 people died when another minibus crashed into a ravine in the central Junin province, approximately 1,000km from Cusco.

An estimated 5,000 tourists a day visit Machu Picchu, a citadel built in the 15th century by emperor Pachacutec.

Built as a royal retreat for the emperor, it is believed to have been abandoned after just eighty years due to the Spanish conquests in other Inca territories. The inhabitants may have died from smallpox brought over by European settlers.