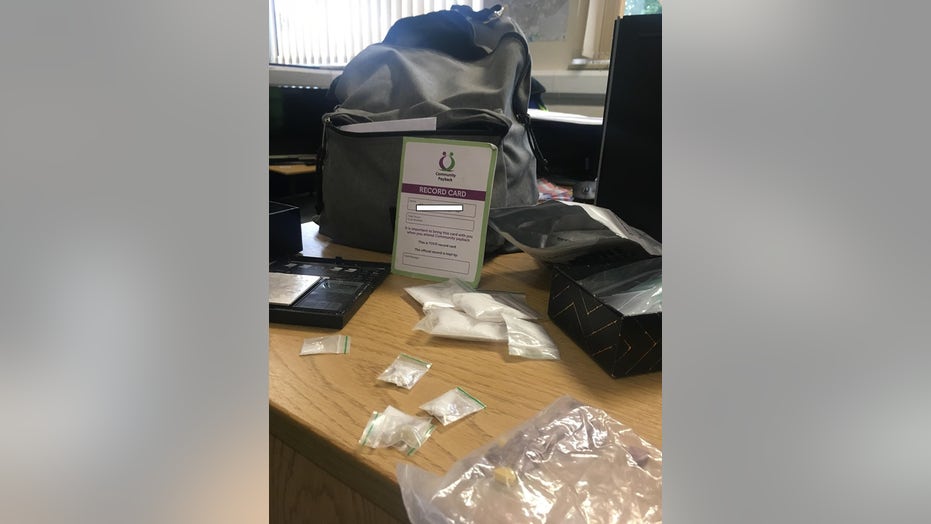 Authorities in England are thanking a criminal for apparently leaving behind his drugs — with his full name and address.

"Deal or No Deal??? Police appeal to reunite lost property with its owner," Greater Manchester Police wrote online of the incident, in which a "poor individual" left behind drugs with his identification.

The man, who recently forgot his backpack behind on a train, linked himself to 25 tablets, a "large amount of white powder," and bags with white rocks, white powder and scales, police said.

Investigators described the man as a "thoughtful dealer" for leaving his ID with the drugs, and jokingly hashtagged the post: "#honeyiforgotmydrugs" and "#lostandfound."

Facebook users were quick to thank police and the owner of the backpack. One user wrote it was "very thoughtful helping the police with there [inquiries] lol."