A man fell to his death this morning from the upper floor of a city centre library.

Police officers were called to Liverpool’s Central Library just before 9.15am today following reports that the man had fallen. He was pronounced dead at the scene.

The library, which was refurbished for £50million just six years ago, has a large atrium with a series of staircases going across its four open plan floors. 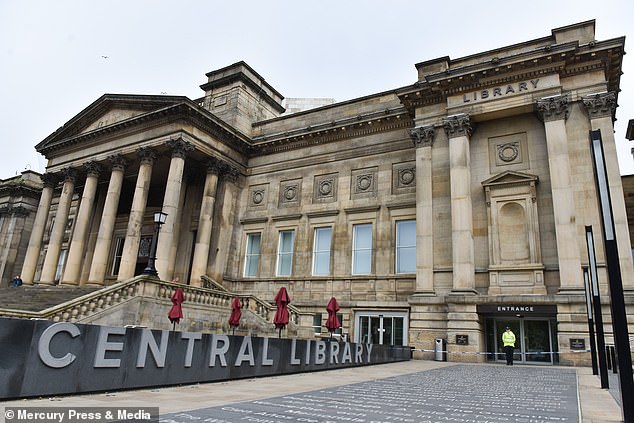 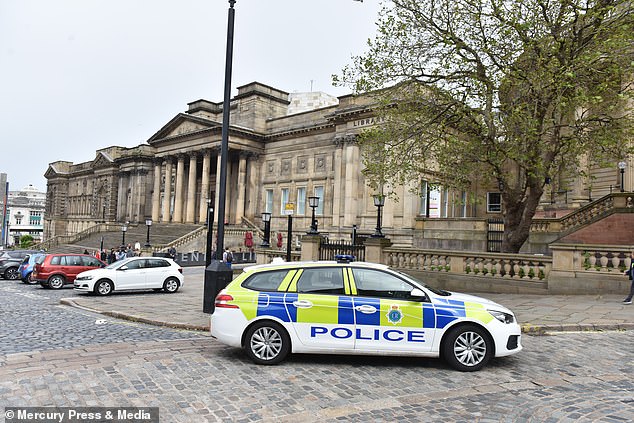 Adam Taylor, who was at the library, tweeted at 9.35am: ‘Got evacuated from Liverpool Central Library about 15 minutes ago, police cars and paramedics arrived.’

The library user added that he was in the Picton Reading Room when the evacuation alarm and message was raised, so he did not witness the tragic incident.

A Merseyside Police spokesman said: ‘We were called at just before 9.15am today, Wednesday May 29, following reports of the sudden death of a man.

‘Officers were called to the library following reports the man had fallen from an upper floor. The man has been pronounced dead at the scene. 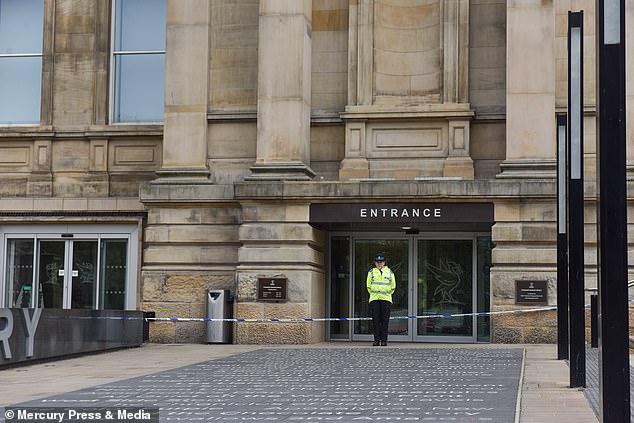 ‘Work is ongoing to establish the identity of the man and the circumstances of the incident and inform his next of kin. The library is currently closed.’ 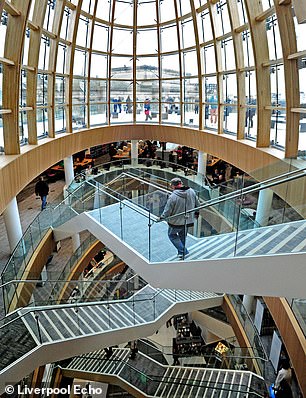 A Liverpool City Council spokesman tweeted: ‘Liverpool Central Library will be closed for the rest of today following an incident.

‘All events that were due to take place have been cancelled. We will update you when we are able to reopen.’

The library dates back to 1860, but most of it was destroyed in bombing during the Second World War – and it was rebuilt and extended in the 1950s and 1970s.

The Queen visited the library to meet young readers and their teachers in July 1999 as part of a visit to Liverpool which also saw her meet the cast of TV soap Brookside.

For confidential support in the UK call the Samaritans on 116123, visit a local Samaritans branch or click here for details