The Tennessee conspiracy theorist who was punched in the face by astronaut Buzz Aldrin is doubling down on his claims that the moon landing was fake on the 50th anniversary of the historic Apollo 11 spaceflight.

On July 20, 1969 astronauts Neil Armstrong and Buzz Aldrin made history as they successfully landed on the moon and Armstrong made man’s first step on the moon’s surface.

But controversial American filmmaker Bart Sibrel, 55, says that the moon landing was staged and mankind never made it to the moon.

‘I went from being the biggest fan of the “moon missions” to being their biggest critic,’ Sibrel said to Florida Today.

Sibrel made headlines in 2002 when he confronted Aldrin and called him a ‘thief, liar and coward’, leading Aldrin to sucker punch him in the face. 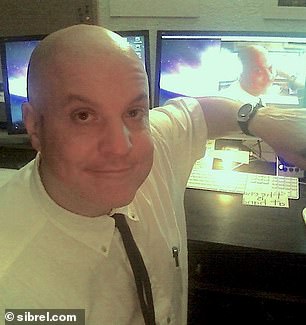 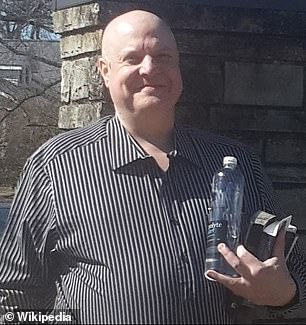 Conspiracy theorist Bart Sibrel, 55, (left and right) is insisting the 1969 moon landing was fake on the 50th anniversary of the historic Apollo 11 spaceflight. Sibrel made headlines in 2002 when he confronted Aldrin and called him a ‘thief, liar and coward’, leading Aldrin to sucker punch him in the face

Sibrel dedicated 30 years to trying to prove the moon landings were faked and has directed and produced four low budget, independent films on the subject.

In part of his films he approached various Apollo astronauts and asked them to put their hand on the Bible and swear an oath that they walked on the moon.

Sibrel arranged to meet with Aldrin on a false pretense and confronted him about lying about the landing, leading Aldrin to punch him.

No criminal charges were pressed as police determined Aldrin was provoked, but it only led Sibrel to stand his ground.

‘I mean I would bet my life on it that the moon missions were fraudulent,’ Sibrel said to Vice News.

He says that the six Apollo moon landings between 1969 and 1972 were a ‘Cold War CIA and Nixon administration deception’.

He boasts he has reams of ‘riveting’ and ‘compelling’ evidence – including ‘recordings, photographic analysis, and high-profile interviews with those involved in the space program’ – that proves the entire space program was a hoax.

For Sibrel, a main argument in debunking the moon landing are the shadows in an iconic photograph that shows an astronaut walking on the moon. Deniers say that the astronaut’s shadow should be parallel to that of the moon rocks, not intersecting.

‘Not a single critic has ever explained, in this federal government’s alleged picture from the moon, how two shadows in sunlight, from objects 5 feet apart from one another, can intersect at 90 degrees,’ Sibrel said. 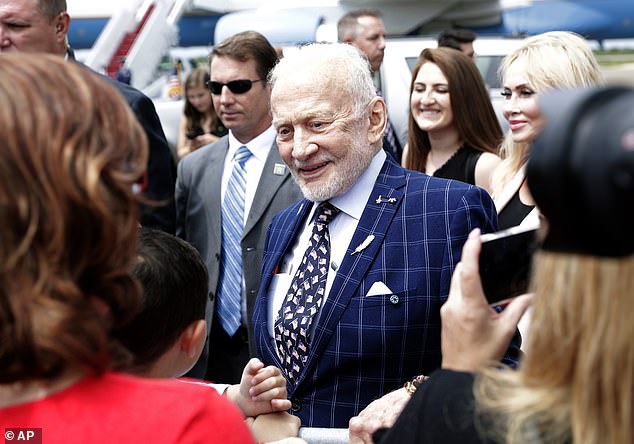 Saturday marked the 50th anniversary of the Apollo 11 space flight that took man to the moon for the first time. Astronaut Buzz Aldrin, who was aboard that flight, pictured arriving at the Kennedy Space Center for a special event to celebrate the anniversary 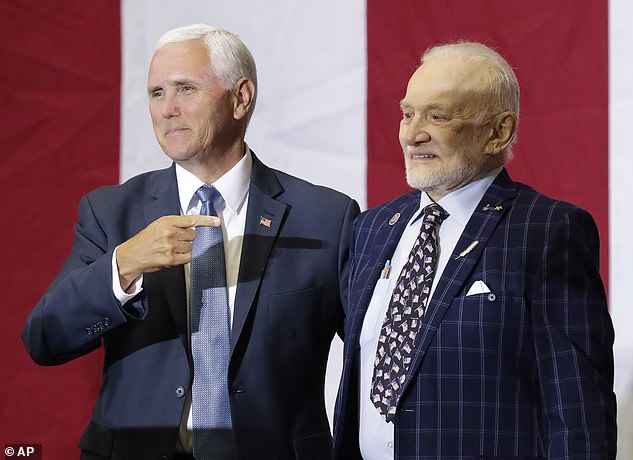 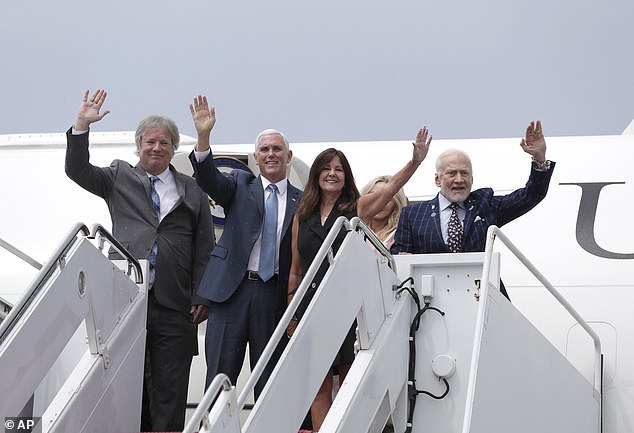 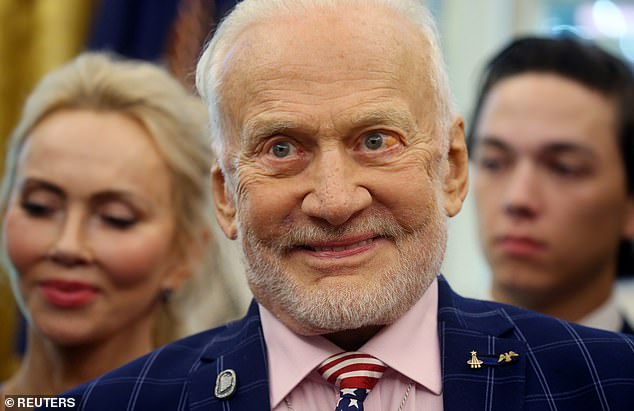 ‘Go outside yourself and see if this can take place in sunlight. It is completely impossible,’ he said.

‘I met a man who worked on the ‘Apollo’ program for six years, who had top security clearances, who said that the missions were staged to avert international humiliation after the naive boast to do so with 1960’s technology,’ Sibrel claims follow President John F. Kennedy’s bold speeches declaring the mission to make it to the moon.

He says he even has a secret audio track of the CIA directing the ‘fake’ moon landing.

Sibrel says that Americans refuse to expose NASA’s and the government’s ‘deplorable corruption’ over the ‘fake’ landing.

‘I am not the story, the fake moon landings are the story,’ Sibrel said.