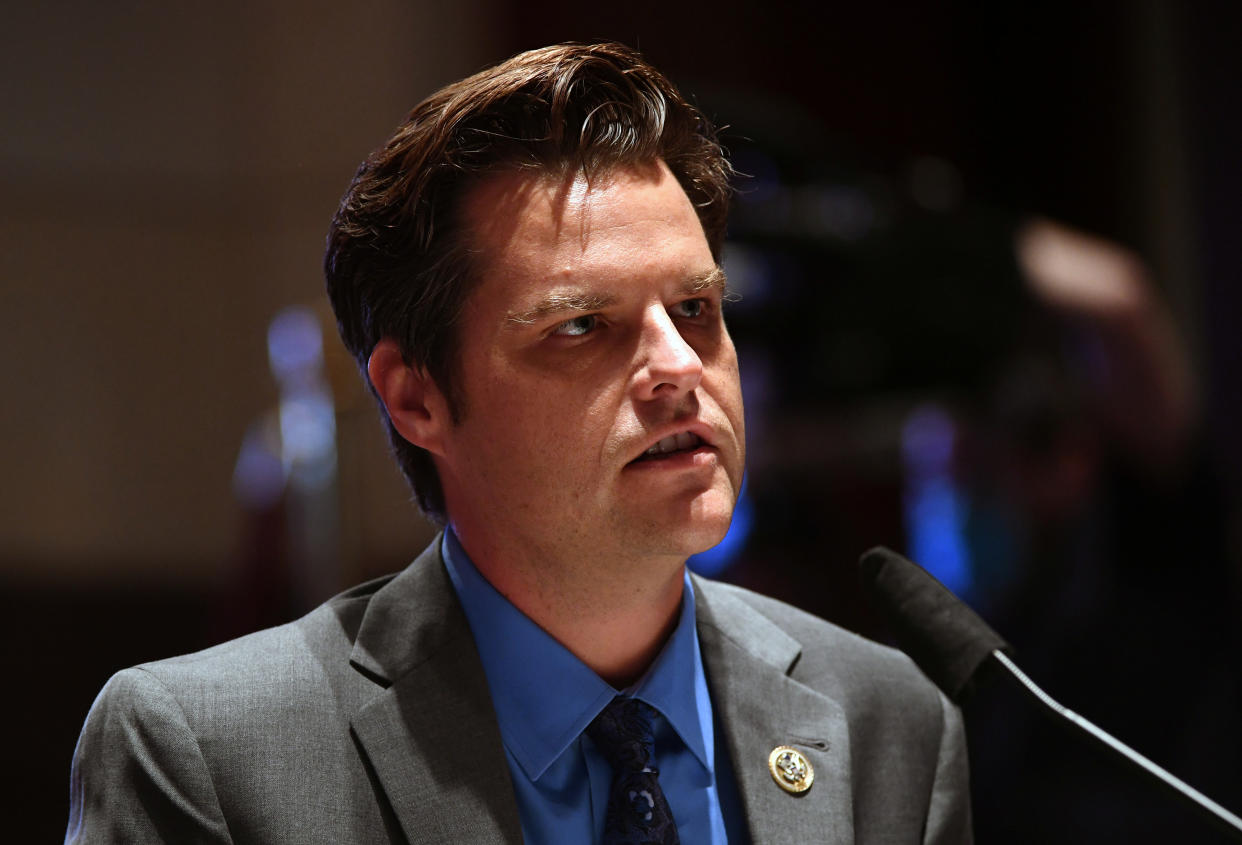 Eugene Huelsman left the voicemail for Gaetz, R-Fla., on Jan. 9, 2021, three days after a mob of supporters of then-President Donald Trump attacked the U.S. Capitol.

Huelsman, 59, of Thousand Oaks near Los Angeles, said, in part, “I’m gonna put a bullet in you,” and he called Gaetz a “tyrant,” according to court documents.

Huelsman pleaded guilty to one count of transmission of a threat in interstate commerce in April.

He was sentenced to six months’ home confinement and five years of probation and fined $10,000, the U.S. Attorney’s Office for the Northern District of Florida said.

Huelsman’s attorney, Curtis Fallgatter, did not immediately respond to a request for comment Thursday night. He has said that Huelsman did not intend the threat to be taken literally and that he “was just outraged about the attack on the Capitol.”

U.S. Attorney Jason R. Coody said in a statement that the sentence “should serve as a significant deterrent to those who would threaten violence against others rather than engage in lawful debate.”

Others have gotten prison terms. In April, an Alaska man was sentenced to three years in prison for threats to kill the state’s two U.S. senators, and in December a man who threatened to hang lawmakers unless they supported Trump was sentenced to more than two years.