The US President and Melania Trump arrived in the UK on Monday morning for a three-day official state visit. They were greeted by the Queen, the Prince of Wales and the Duchess of Cornwall at Buckingham Palace for a welcome ceremony, which included a private lunch and a tour of the Royal Collection. In the evening, the Trumps attended a lavish state banquet the Queen threw in their honour.

Melania donned a navy and white outfit earlier in the day, which appeared to have been inspired by Princess Diana, and then changed into a see-through white dress for the state dinner.

The First Lady wore her hair in a chic up-do and completed the outfit with white opera gloves.

As she prepares for another busy day of official engagements, a newly-resurfaced report reveals a surprising detail of the former actress’ Slovenian family.

In 2016, a GQ report claimed to have found out Melania had a secret half-brother, Denic Cigelnjak, 50. 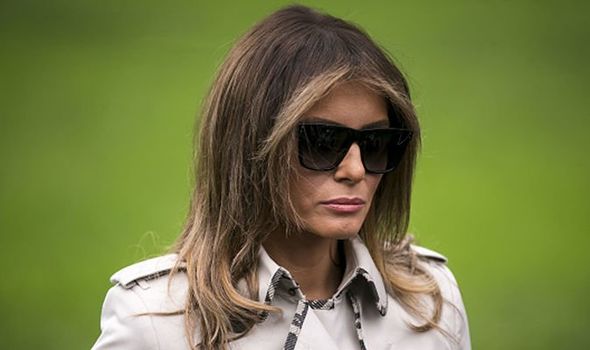 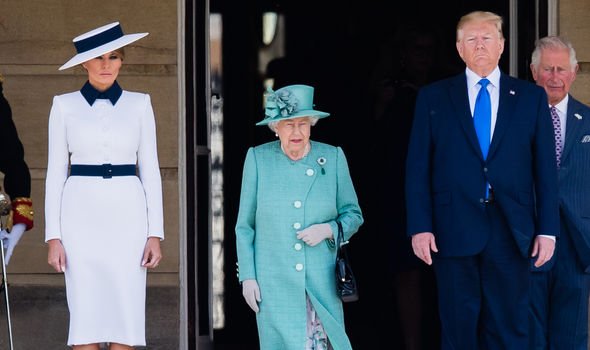 Mr Cigelknjak was reportedly born from a relationship the First Lady’s father, Viktor Knavs, had with another woman.

Mr Knavs denied the boy was his, but after a long legal battle, a blood test reportedly showed the two were related.

In the GQ report, Melania also initially denied that Mr Cigelknjak was her half-brother but soon backtracked.

Melania reportedly claimed she had misunderstood the question, adding: “I have known about this for years.”

After the news came out in 2016, Mr Cignelnjak told a local TV station that he does not even remember meeting his father. 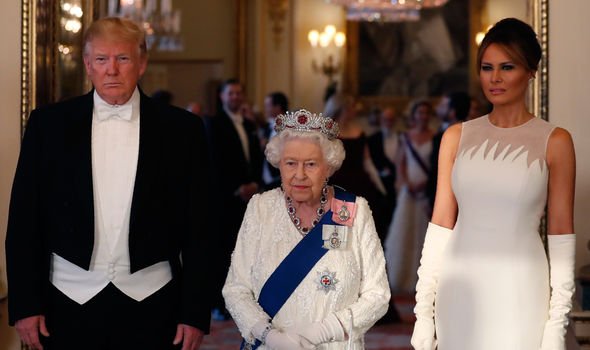 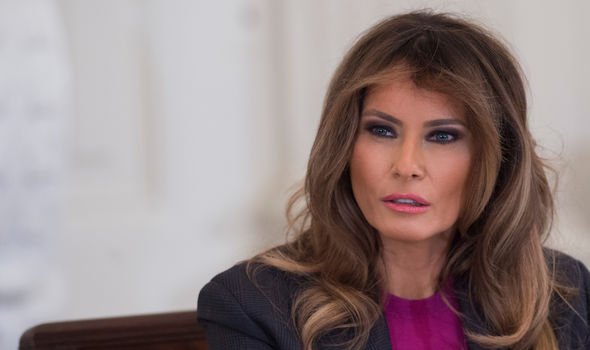 He claimed Mr Knavs paid child support until he was 18, but that was it.

Despite claiming he never wanted to disturb the Knavs family, he told GQ that once the US Presidential election was over, he would have liked to have pizza and a drink with his father, and his two half sisters, Melania and Ines.

To this day, Mr Cignelnjak and Mrs Trump have never met.

He now lives in a small town in Slovenia.