The corporate regulator’s failure to act on an anonymous tip-off about fraudster Melissa Caddick in late 2019 enabled the Dover Heights conwoman to misappropriate almost $8 million from her victims.

Just before the anonymous tip-off to the Australian Securities and Investments Commission, Caddick’s Ponzi scheme appeared on the verge of collapse, with the financial adviser seeking a loan from a lender of last resort. 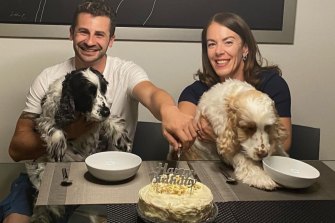 Melissa Caddick and her husband Anthony Koletti celebrate their joint birthdays on April 21, 2020.

The anonymous report was received by ASIC on November 26, 2019. “That report did not allege that there had been financial loss,” said a spokesperson for the regulator. Instead, the complaint was that Caddick was operating without a financial services licence, which is punishable by a two-year jail term. With hundreds of complaints coming in each month, ASIC made note of the tip-off but did nothing.

It wasn’t until after a second, more detailed complaint was received on June 3, 2020 that ASIC investigators made preliminary inquiries. What they discovered was so alarming that a formal investigation was launched on September 8. 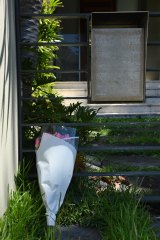 “Following an investigation, ASIC successfully applied to the court in November 2020 for asset freezing and other orders and executed a search warrant with the assistance of the AFP the following day,” the spokesperson said.

A week after the second complaint was made, Caddick received $1 million from an investor. In the time that elapsed between the first tip-off in November 2019 and ASIC’s raid on her house a year later, she had stolen another $7.8 million.

From 2012 until her disappearance on November 12, 2020 Caddick’s Ponzi scheme raked in $30 million, with only $7 million returned to investors. The rest was spent supporting an extraordinarily lavish lifestyle for herself, her second husband and her teenage son from a previous marriage.

In the month before the first tip-off to ASIC, Caddick was so desperate for money she was hunting for a loan. She already had a $4 million mortgage with the NAB for her Wallangra Road home.

She turned to Titan Capital, which according to its website delivers “hassle-free loan solutions” for those who have been knocked back by the major banks or other traditional lenders.

On October 31, 2019 Titan Capital Holdings placed a caveat on the title to Caddick’s home stating it now had an interest in the property due to an agreement reached on October 7.

The sole director and shareholder of Titan Capital is Wenfei “Lucy” Liu. In July 2017, Ms Liu was expelled from the Mortgage & Finance Association of Australia, the peak body for mortgage brokers. According to the association’s website, Liu engaged “in an act of a fraudulent nature by issuing a false pre-approval letter to a consumer prior to a loan application being submitted.” Ms Liu also refused to co-operate with the association investigating officer and its tribunal.

Concerning her expulsion from the association, Ms Liu said an application had been submitted “incorrectly” and her failure to co-operate was because she was experiencing “some tough personal times”. Ms Liu has never been charged with any criminal offence.

Ms Liu confirmed to the Herald that Caddick had approached Titan about borrowing money. She referred the Herald to Summer Lawyers, who acted for Titan in lodging the caveat. However, partner Paul Reece emailed to say, “We will not be discussing our client’s matters with you. Please desist from contacting us any further.”

In September 2019 Caddick was on the verge of landing a wealthy new client, a Perth surgeon. His friend, also a surgeon, had been thrilled that Caddick had “doubled” his money in a year. However, the surgeon’s wife wasn’t so sure.

According to court documents, her husband had filled out some initial forms sent by Caddick but his wife had concerns the account they had been asked to deposit their money in did not look like a trust account. She also raised concerns with Caddick about how the adviser would operate a CommSec account which would be in her husband’s name.

Caddick told her the CommSec account could be made visible to him but he could not trade from it himself.

The real reason Caddick’s clients were not allowed to trade from their CommSec accounts was because the accounts did not exist. Caddick’s sham investment scheme was simple. After receiving investors’ funds she would create a fake CommSec account and at the end of each month she would send her clients a fraudulent report showing a handsome return on their share portfolio.

After receiving the wife’s queries, Caddick was alarmed. She rang the surgeon to say she was putting his investment on hold, inventing a story that her husband’s cousin had died and she needed to attend his funeral. That was the last time the surgeon spoke to her.

Meanwhile, his wife called CommSec, who said a third party should not have access to an account in someone else’s name and should not be trading on their behalf. She also contacted the Sydney woman whose financial services licence Caddick had been using without permission. It was not long after this ASIC received the anonymous complaint. 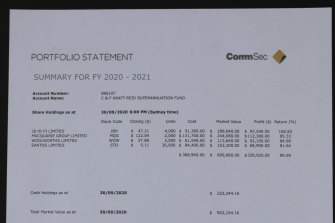 One of the fake statements provided to one of Caddick’s investors.Credit:Ben Rushton

As was their custom, Caddick and her family jetted off to Fiji after the discussions with the Perth surgeon, returning on October 6. The following day, she received a loan offer from Titan Capital, which resulted in the lodgment of the caveat.

Caddicks’ lawyer finally had Titan’s caveat removed in April 2020. By the end of the year, a fresh caveat was placed not just on the title of her home but also on the Edgecliff penthouse she bought for her parents. Placed by the provisional liquidators to her company, the caveats reflected the demise of her fraud.

Caddick, who would have turned 50 this week, is presumed dead after remains of her foot washed up on a remote beach in February. A report is being prepared for the coroner.

Catch all the day’s headlines

At the end of each day, we’ll send you the most important breaking news headlines, evening entertainment ideas and a long read to enjoy.  Sign up to The Sydney Morning Herald’s newsletter here, The Age’s here, Brisbane Times’ here, and WAtoday’s here.