Brits have been warned to expect extremely wet weather, with gusty winds from Storm Miguel incoming from Spain and France.

The Met Office has put a yellow weather warning in place for today with torrential rain affecting much of the South West, London, the South East, the Midlands and South Wales.

This means floodings of homes and businesses in these areas is likely, and bus and services are forecast to be affected.

There are warnings of travel chaos on the M4 and M5, with spray and flooding on roads making journey times longer.

Power cuts and interruption to other services are also a risk in these regions. 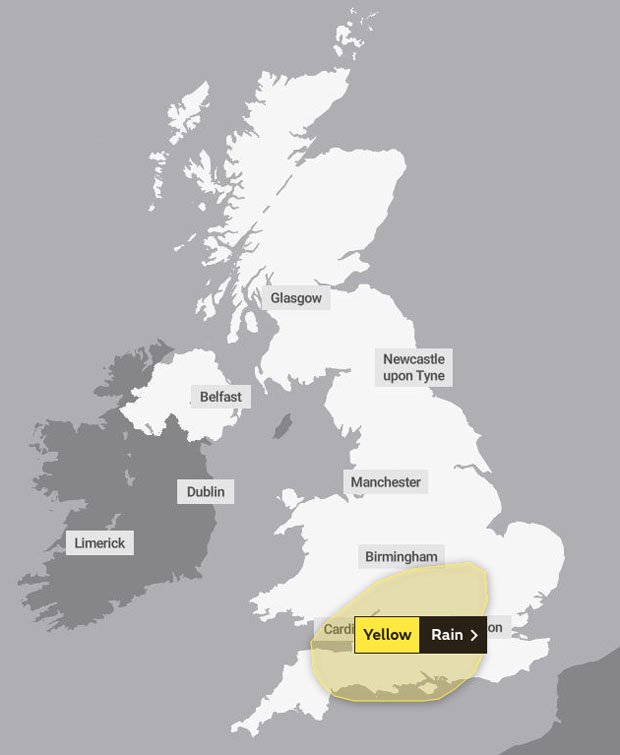 Met Office meteorologist Alex Deakin said: “Most of us will see some wet and windy weather over the next 48 hours but for many, Friday morning promises some fine weather.”

He went on: “It is pretty cold in Scotland first thing as it is for Northern Ireland and northern England — where temperatures in towns, cities and rural areas will start the day well down into single figures.”

Flooding is likely to hit travellers on the motorways during the evening rush hour.

Thunderstorms are expected to drop a deluge of rain in a short space of time.

Alex added: “A band of rain will slowly track its way northwards as we go through the day.

“Eastern England starting the day dry and bright but the winds will be picking up coming in from our rather chilly North Sea.

“The rain may persist for much of the day across parts of west Wales and the far South West of England. 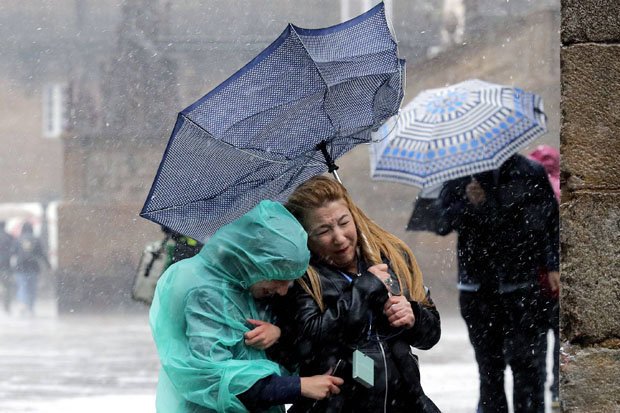 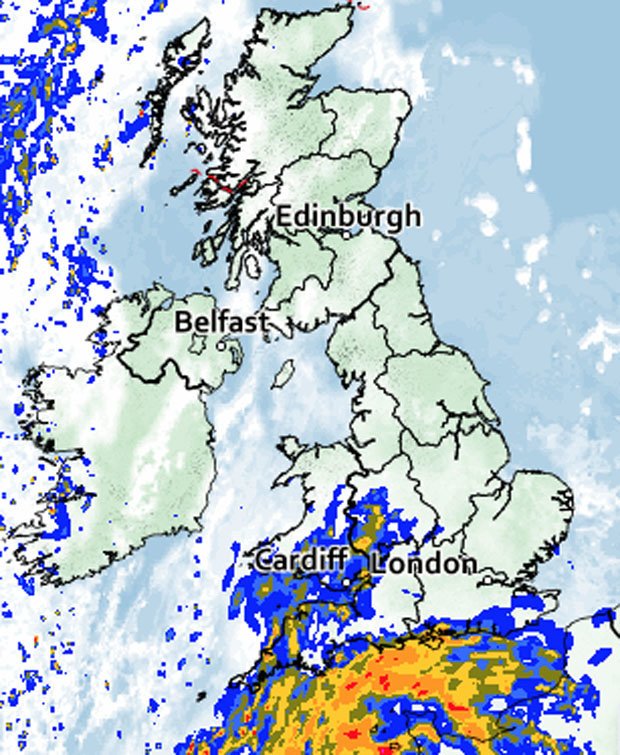 “This zone just to the south is where we’re a bit concerned about the downpours that are likely to break out through Friday afternoon and into the evening.”

The weather warning is in place from around 2pm until Saturday morning.

Strong winds will continue across the weekend, keeping temperatures feeling much chillier than they have in recent days.