Met Police detective, 40, posed as a pilot to secretly film up to 50 naked models during fake photoshoots using spy cameras hidden in tissue boxes – as he pleads guilty to 19 counts of voyeurism

A former counter-terrorism officer today admitted posing as a pilot to secretly film naked models using spy cameras – including one in his glasses – after arranging fake photoshoots.

He booked models on internet sites giving false details and claiming to be a pilot, then planted the cameras in hotel rooms, flats and Airbnbs, Westminster Magistrates’ Court heard.

Corbel was caught after a woman, who had agreed to pose for a naked photoshoot, became suspicious of a digital clock and found it was a spy camera.

Police found images of 51 women on Corbel’s hard drive and were able to identify 19 victims willing to make statements against him. Court documents reveal the illicit recordings on multiple devices amount to at least five days, 10 hours, 53 minutes and 49 seconds – or nearly 131 hours of footage.

The offences, which were said to not be linked to his work as a police officer, took place across the London, Manchester and Brighton areas between January 2017 and February 2020.

Corbel, a former counter-terrorism officer who has been suspended by the Met, has pleaded guilty to 19 voyeurism offences. 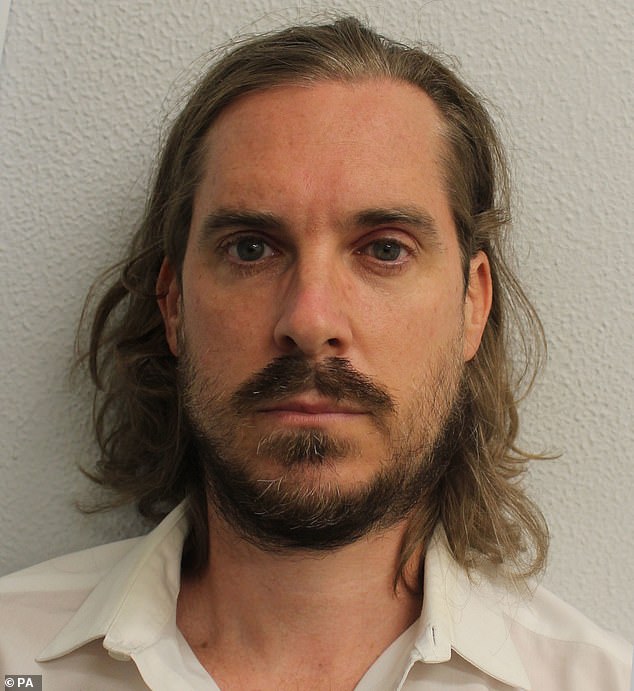 Chief magistrate Paul Goldspring adjourned sentencing to October 4 for reports to be prepared.

He said Corbel, from Hertfordshire, ‘went to quite extraordinary lengths to hide what he was doing’ and warned he faces a possible jail sentence.

Prosecutor Babatunde Alabi said: ‘By and large they were all models. Apart from one, who agreed to be videoed, the others did not agree to be videoed.’

He told the court the victims included escorts, who had agreed to have sex with Corbel but not to be filmed, while two of the models had some relationship with the officer.

‘He set up the rooms well in advance with covert devices planted in strategic places capturing the women while they were undressing before the shoots,’ said the prosecutor.

‘What is obvious from watching the videos is that from time to time he would manoeuvre the models so that open-leg photos and open-leg videos were obtained.

‘At least two of the models actually expressed concerns about devices which they thought were recording.’

He added: ‘There was one model who agreed to being videoed but insisted to the defendant there were going to be no open-leg videos. 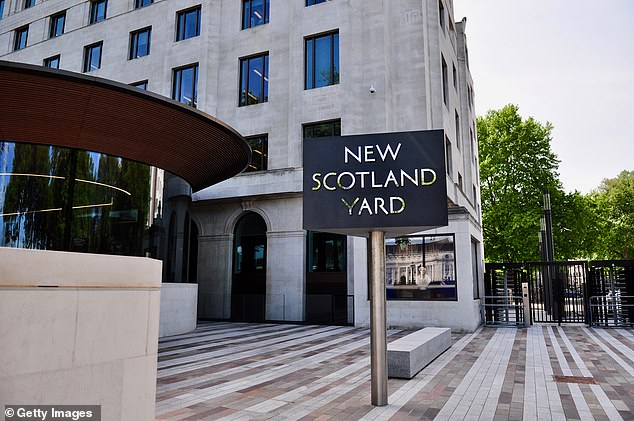 Corbel, a former counter-terrorism officer who has been suspended by the Met, has pleaded guilty to 19 voyeurism offences

‘She of course didn’t realised there were other overt devices hidden around the room.’

‘He admitted he was doing it, or recording them, for his own sexual gratification and admitted most of the models didn’t know about the videoing,’ said Mr Alabi.

Edward Henry QC, defending, said reports from a forensic psychologist and an addiction specialist have been prepared as part of Corbel’s mitigation.

Detective Chief Superintendent Marcus Barnett, who leads the Central East Command Unit, said: ‘These are grave and troubling offences. The investigation has been complex and I know that the team who have investigated this have worked incredibly hard.

‘It is vital that the public feel that they can trust the police and, if an officer undermines that trust, it is important that their crimes are investigated thoroughly and robustly.

‘The victims in this case have shown incredible strength throughout the investigation and I would like to thank them for their courage and patience throughout.

‘I am truly disappointed in the actions of the officer which are not at all representative of the high values and standards we expect, and I am saddened by the pain and hurt that he has caused.’