Michael Gove’s Tory leadership campaign appeared to be building momentum last night despite Brexiteer fury over his No Deal stance.

The Environment Secretary now has the declared support of 26 MPs – three more than his nearest rival Boris Johnson.

Mr Gove has yet to publicly set out his Brexit strategy but sources made clear yesterday that he believed a chaotic No Deal could let Jeremy Corbyn into No 10. 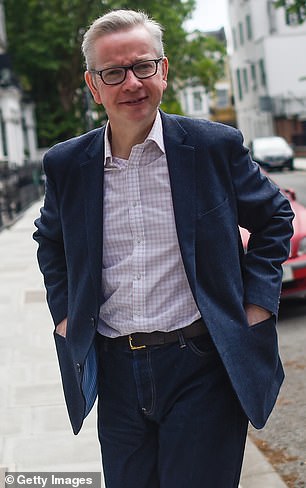 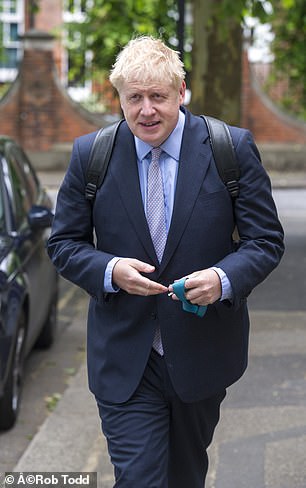 His campaign team played down reports that he would not take Britain out of the EU before late 2020, saying he was committed to leaving at the ‘earliest possible opportunity’.

However, one source said that going for No Deal before Britain was ready could, in Mr Gove’s view, have disastrous consequences.

That triggered a backlash yesterday as Brexiteers, including Priti Patel and Iain Duncan Smith, warned against any kind of extension beyond October 31.

But Mr Gove’s camp appeared to shrug off the row as he received the backing of former education secretary Nicky Morgan, following an endorsement by Cabinet minister Mel Stride.

Amber Rudd, the Work and Pensions Secretary, was also said to be on the brink of supporting Mr Gove after talks with ex-foreign secretary Mr Johnson foundered over his support for No Deal. Yesterday, it was claimed Mr Gove had told Cabinet colleagues he wanted the UK to leave the EU by late 2020 to avoid a catastrophic No Deal Brexit.

One campaign source played down that suggestion but said it was true that Mr Gove believed there were substantial risks in going for a No Deal scenario before Britain was ready. 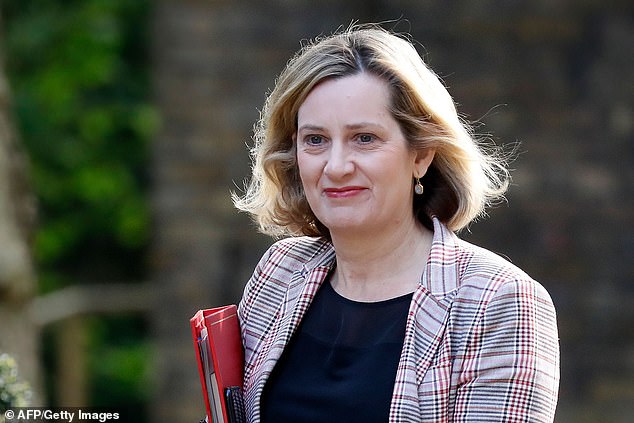 Amber Rudd, the Work and Pensions Secretary, is said to be on the brink of supporting Mr Gove

‘Michael is ready to deliver Brexit at the earliest possible opportunity,’ the source said. ‘Simply trying to go for a No Deal before the UK is properly prepared will lead to a general election with Jeremy Corbyn in Downing Street and risks Brexit being cancelled altogether.

‘These are the most complex negotiations in our peacetime history. It’s not enough to believe in Brexit – you’ve got to be able to deliver it.’

She said: ‘The British people voted to take back control and for Britain to be free, independent and self-governing. They did not vote for a political class to continue to betray them. Their lack of confidence in our country and trust in our people is astonishing as they continue to seek the comfort of the EU making our laws rather than making the decisions themselves.’

Former Tory leader Mr Duncan Smith criticised all candidates considering an extension, tweeting: ‘Any Tory who won’t take us out of the EU by October 31 doesn’t deserve to be PM.’

Yesterday Mr Gove attracted the support of Mrs Morgan, who was education secretary until her sacking by Theresa May when she became Prime Minister in 2016. Mr Gove was ‘ready to bring some reality to the debate’ and would ‘deliver on Brexit,’ she told the BBC.

The Remain supporter said: ‘I think that Michael – based on his Cabinet experience [and] the fact that he led the Vote Leave campaign – is ready to lead and to bring some reality to this debate but also to deliver on Brexit, which is what we need to see happen.’ 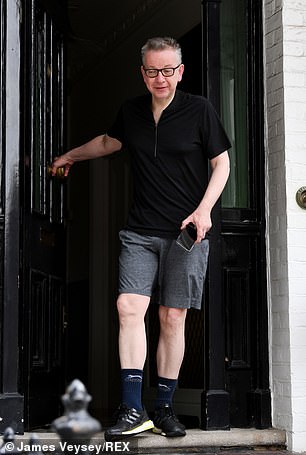 At the weekend Mr Stride, the Leader of the Commons, also backed Mr Gove, saying: ‘He is the person who in Government has demonstrated the grip, the ideas, the vision to get so many things done as the outstanding minister of his time.’

Rumours that Miss Rudd was set to back Mr Gove were sparked on Friday when she shared a photo of the pair at the beach. The Remain-backing Work and Pensions Secretary said she was ‘thrilled’ Mr Gove had supported her campaign by designating Beachy Head East a conservation zone.

Yesterday it emerged that she had held talks with Mr Johnson the night before – but they had collapsed after he refused to ditch his plans to pursue No Deal.

Allies said Miss Rudd was now likely to back Health Secretary Matt Hancock in the first round of the contest. If he is knocked out, she would shift to Mr Gove.

And although he threw his weight behind International Development Secretary Rory Stewart, Justice Secretary David Gauke suggested he would vote for Mr Gove later in the contest if Mr Stewart is eliminated. ‘I have a very high opinion of Michael,’ Mr Gauke said.

Last night, Mr Johnson was expected to launch his education policy. He also gained the support of Liz Truss, the Chief Secretary to the Treasury.