Migrants are arrested trying to get into Liverpool hidden in trucks on ferries as pictures show drinks cans, bags and ear defenders left behind in one trailer

A number of arrests have been made at the Port of Liverpool following attempts by people to enter the UK illegally.

New images show the shocking conditions some were living in inside trailers as they attempt to make it into the country.

One local businessman took the images and said he strongly believes this is the result of criminal gangs using his vehicles to illegally traffic people through the Port of Liverpool and into the UK. 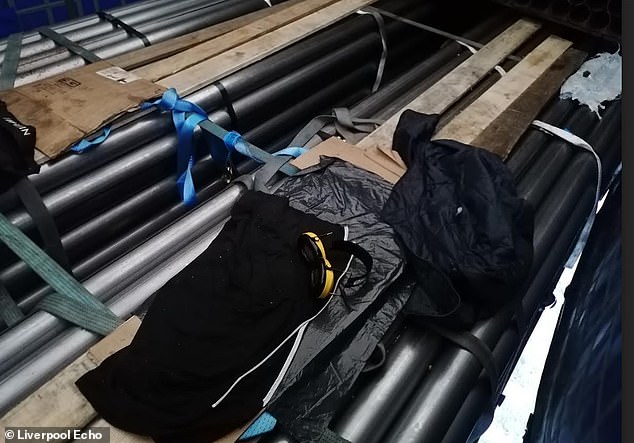 Arrests have been made after migrants attempted to gain entry to the UK via the Port of Liverpool. Images shared by a transport boss show the conditions migrants were travelling in

The stark images show items left by those living in the trailer, which had just made the long journey back from Santander in northern Spain.

Empty cans and bottles as well as sleeping bags have been left behind by those who had made the journey in the back of the trailers.

The trailer belongs to Liverpool based firm Coyne Transport, and director Michael Coyne said these scenes have become very regular.

He said: ‘We have been doing this new route to Santander since just before Christmas, and this is happening nearly every time we go. 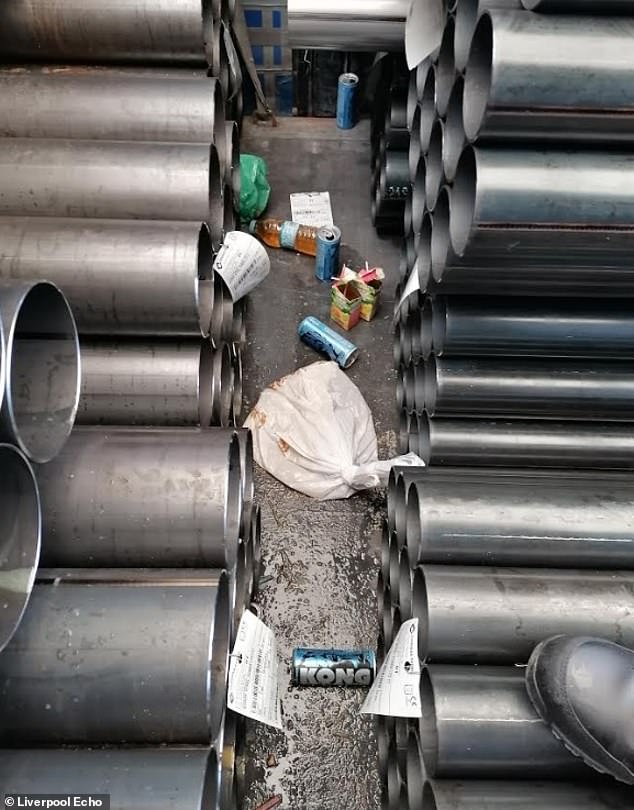 ‘We have spoken to our partners in Spain who say that the situation there is worsening.

‘It appears to be an organised crime group trafficking these people to Liverpool and Dublin.

‘We are a small operator and we are seeing this regularly, so you would imagine its an even bigger issue for the bigger operators coming through the port.’

Mr Coyne said he does not feel his company have been supported by the Port of Liverpool and other agencies after raising the issue.

But when enquiries were made, the Port of Liverpool Police said they had made a number of arrests in relation to attempts to enter the country illegally. 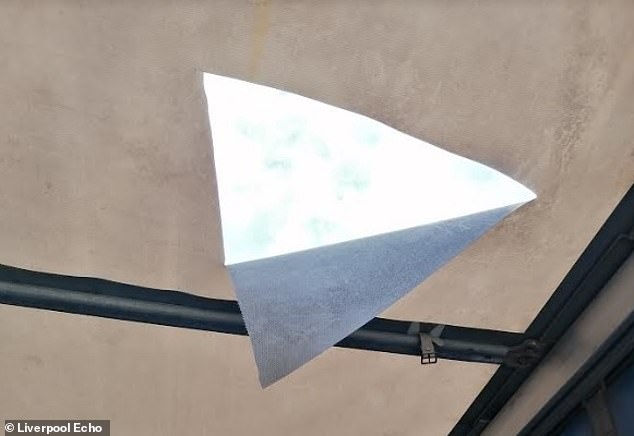 A spokesperson for The Port of Liverpool Police said: ‘We can confirm that recent arrests have been made within the ISPS (International Ship and Port Facility Security Code) secure zone following the attempts of individuals to enter the UK illegally through the Port of Liverpool.

‘They were subsequently detained by Port Police and taken into custody where they are now in the hands of Border Force Security.

‘For operational and ongoing security reasons no further information relating to specific vessels, line operators or networks will be made available as this is a direct matter for UK Border Force.’