SHOCKING footage has emerged of a man running in front of a moving car in a suspected bid for compensation.

The video, which was captured in St Helen's, Merseyside, on Tuesday, shows a man stood at the side of the curb before bolting in front of the unsuspecting motorist. 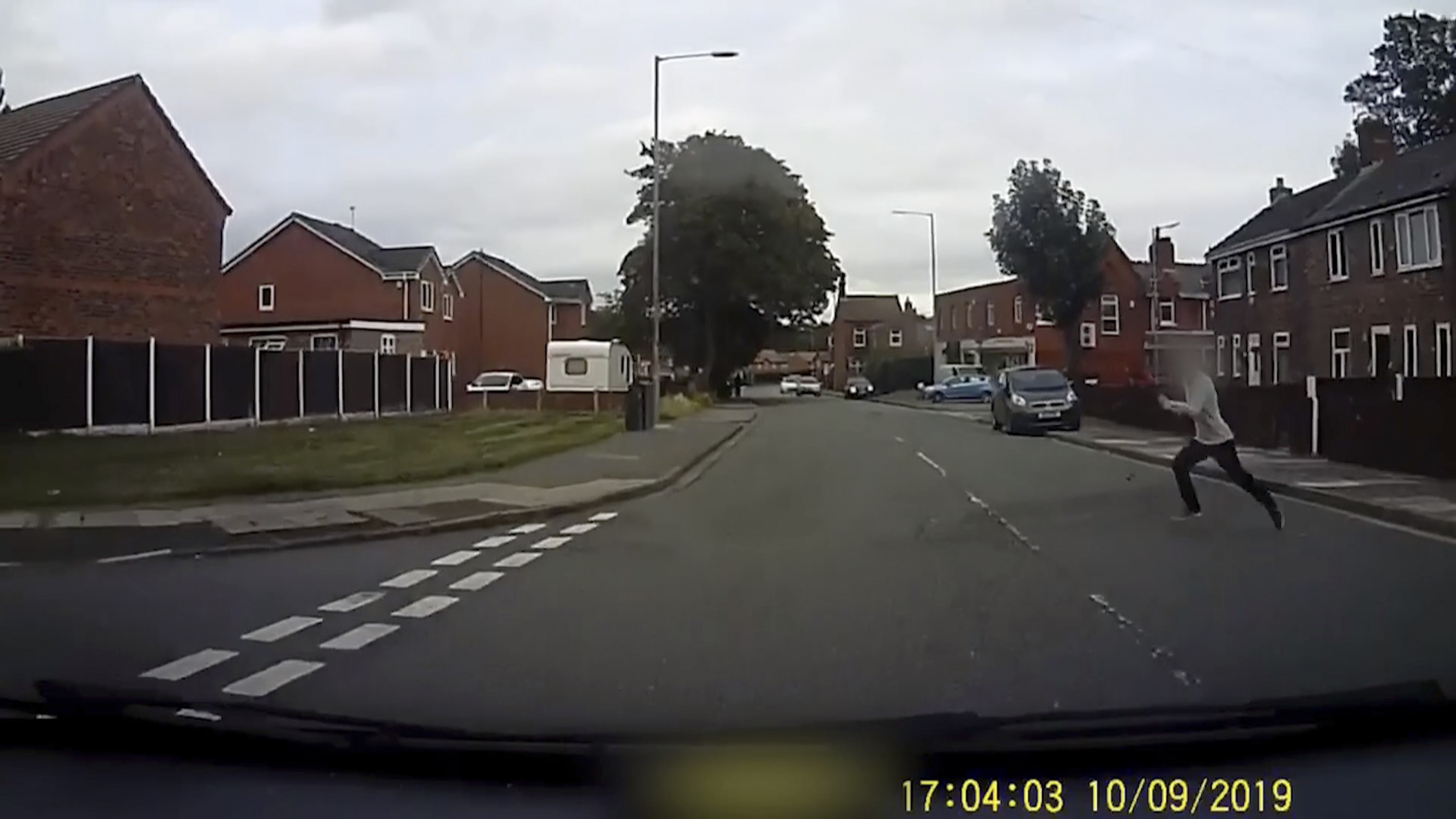 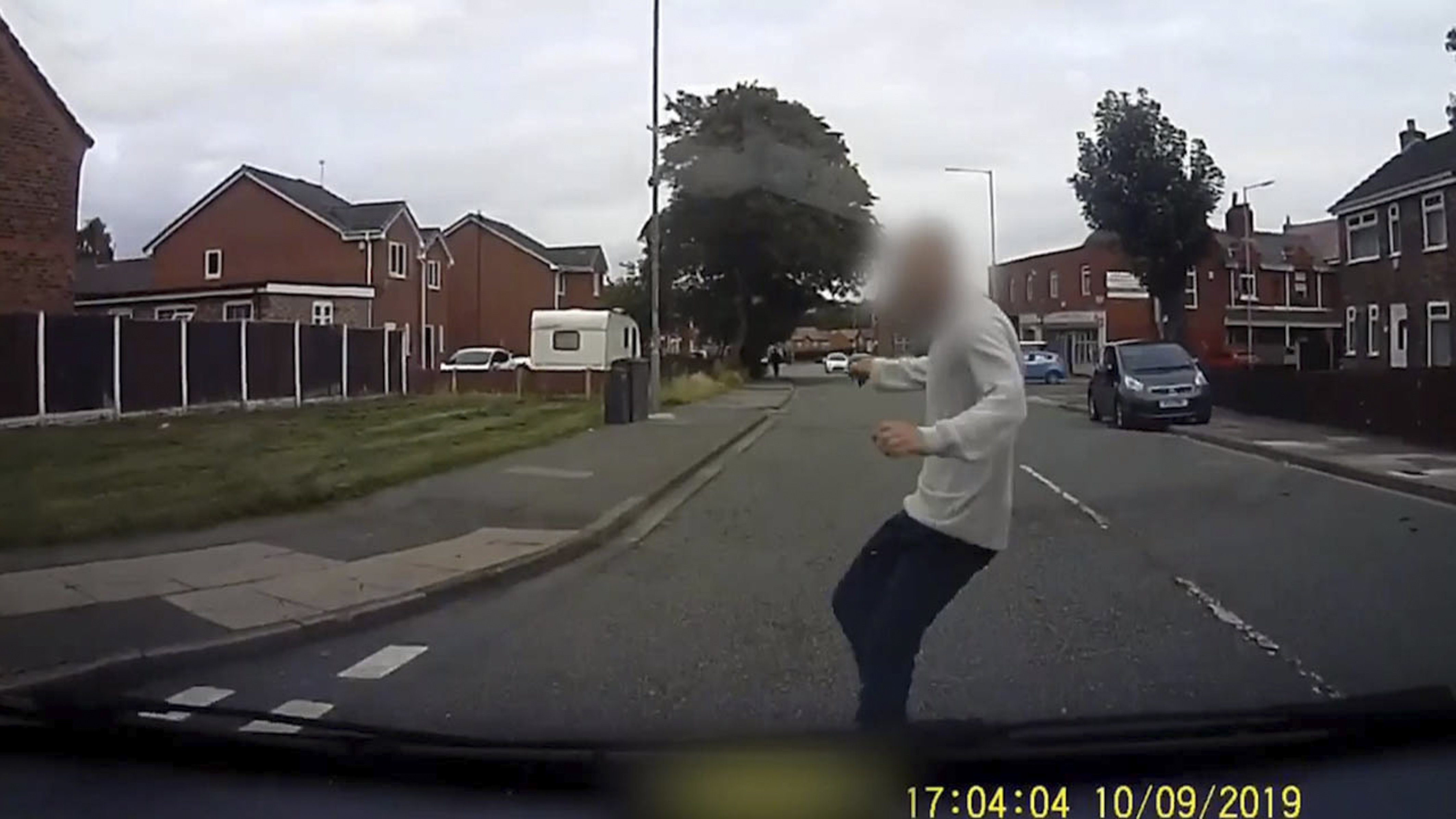 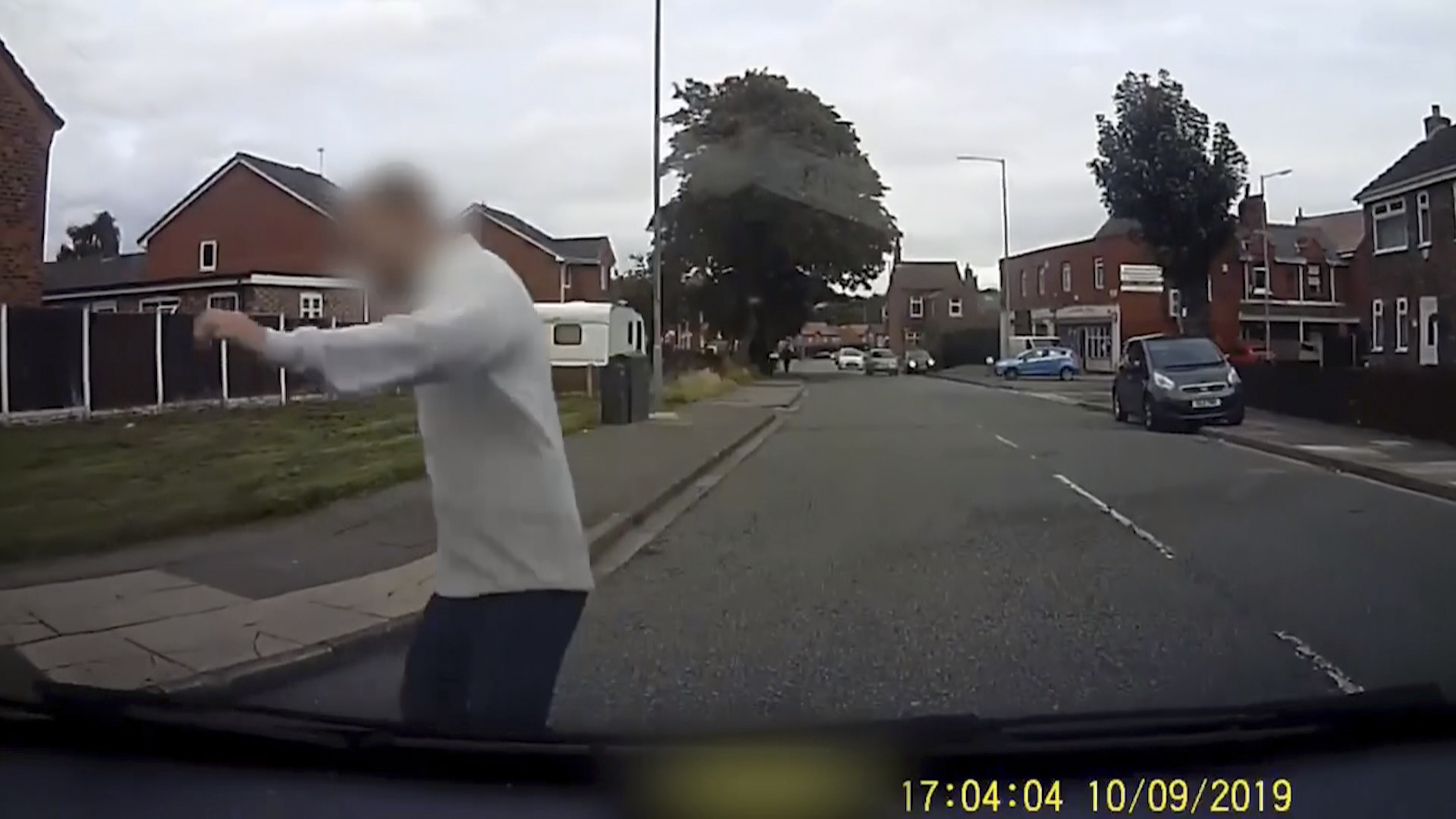 Luckily, the driver can be seen slamming on the brakes and avoiding a horror crash.

The passenger in the car posted the dashcam footage amid fears that the man ran in front of the car in a bid for compo and has released the footage to warn other drivers.

The passenger, who wishes to remain anonymous, said: "My boyfriend was driving and I noticed the man from the point where the video started and he was just standing at the side of the road.

Advice from AA on compo for crash scams

"My boyfriend immediately slammed on the brakes and we managed to stop in time, luckily.

"At first, we were just in shock and glad to have not hit him.

"But there are lots of stories on social media at the moment about people doing it for compensation, so then we began to think it was a suspected compensation claim.

"We’re both still shook up and feel quite nervous.

"Looking back at the footage has made us feel quite angry, as he has not only put himself in danger, but us and other road users too.

"I’m usually quite an anxious person anyway, but this has made me think what if this happens again.

"We live in the local area of where the incident took place, so I’m pretty scared of driving to work tomorrow."