A masterpiece by French impressionist Claude Monet which has not been seen in public since 1962 is expected to sell for £35m when it goes under the hammer later this month.

Sotheby’s London will sell the 1908 painting, Nymphéas, which is one of the artist’s water lillies collection, at its Impressionist and Modern Art sale in London.

The painting comes from the Galeria Muller in Buenos Aires and was bought in 1932 by a private collector. 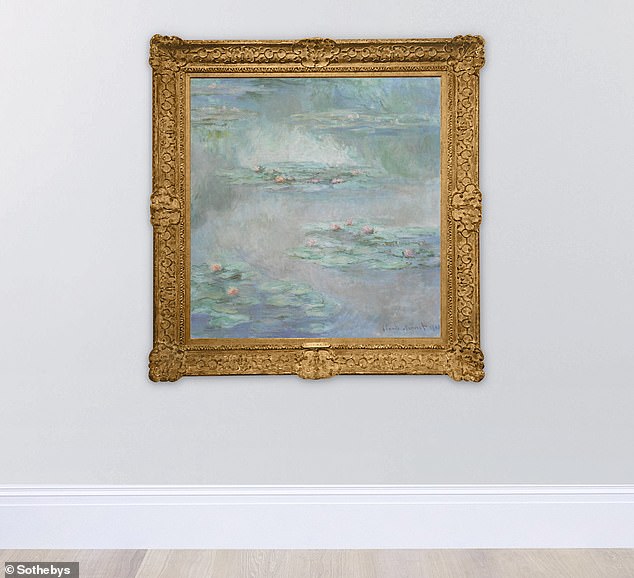 This water lillies painting, which has not been seen in public since 1962 will go under the hammer at Sotheby’s in London, where it is expected to sell for approximately £35million 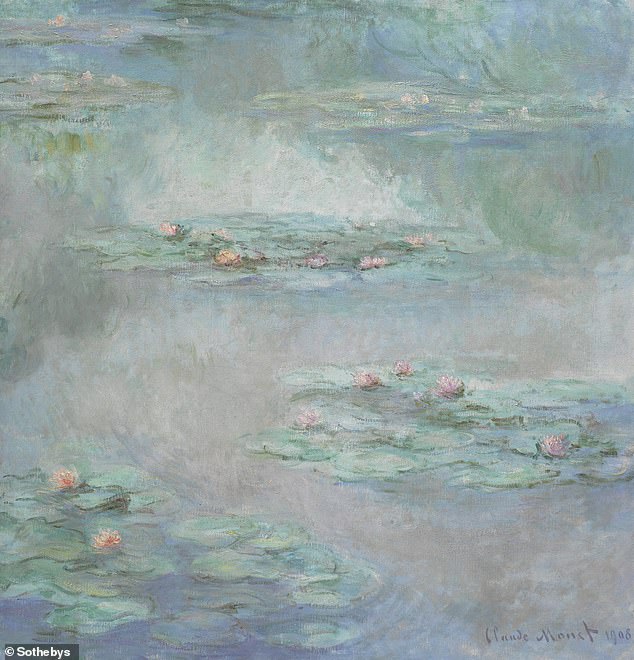 The painting, which is signed by Monet and dated 1908 has spent the past 80 years in Buenos Aires in a private collection

The artwork, which is almost three-feet square in size, was passed on through the collector’s family.

It was last seen in public during an exhibition of French impressionist artworks in Buenos Aires at the Museo Nacional de Bellas Artes in 1962.

Monet was born in 1840. His father was a grocer. However, in the early 1860s met with Pierre-Auguste Renior, Alfred Sisley, Frederic Bazille and Edouard Manet.

He moved to London during the Franco-Prussian war of 1870-1.

Having exhibited successfully in the mid 1870s and later purchased a house in Giverny, north-west of Paris, where Monet produced his water lillies series of paintings. 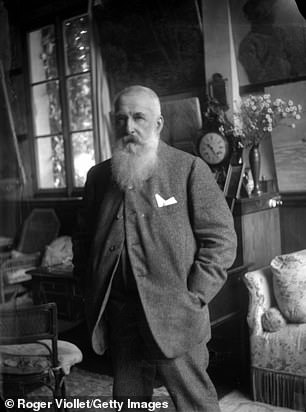 Claude Monet, pictured at his home in Giverny, outside Paris, used his gardens to create some of his most famous artworks

According to Sotheby’s, Monet told one visitor to his studio: ‘It took me some time to understand my water lilies. I planted them purely for pleasure; I grew them with no thought of painting them. […] And then, all at once I had the revelation – how wonderful my pond was – and reached for my palette. I’ve hardly had any other subject since that moment.’

The hammer price was some 44 times the figure it raised when it was last sold at auction in 1986, Sotheby’s said.

According to the auction house, six bidders battled for more than eight minutes in hope of acquiring the coveted work, although the identity of the winner was not revealed.

Commenting on the sale, Sotheby’s said: ‘The winning bid shatters the previous record for the highest sum ever paid for a work by Monet, signalling the enduring value and popularity of the French impressionist master; the bid is also the record for any impressionist work of art.’

Described as ‘the most glorious and effusive work’ from the Water Lilies artist’s famed Haystacks series, the evocative Meules depicts a row of haystacks casting long shadows in the warm glow of the sun.

Monet began work for the series in the mid-1880s, although the major masterpieces focusing on the fleeting nature of natural light were created between 1889 and 1891.