We will always remember them: More than 100 war memorials honouring fallen soldiers are given listed status ahead of Armistice Day

More than 130 war memorials honouring fallen soldiers are being given listed status as Britons prepare to mark 102 years since the end of the First World War on Armistice Day tomorrow.

The Department for Digital, Culture, Media and Sport has added 132 memorials to the National Heritage List on the advice of Historic England.

Among the memorials is one marking 25 local men in Basingstoke, including two brothers who died on the same day.

Another on the Isle of Wight was raised in memory of the air raid wardens and ambulance workers who worked to protect the island during the Second World War. 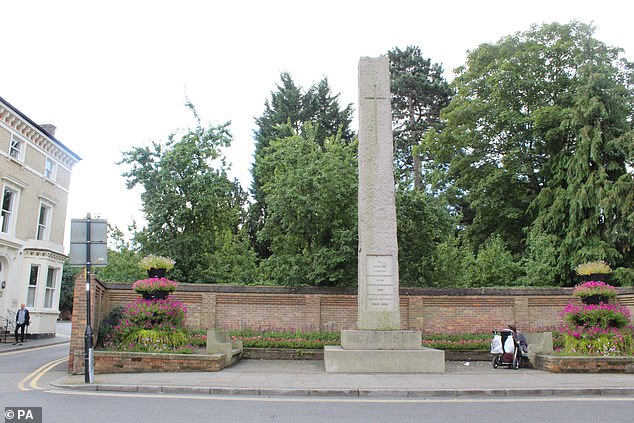 Leighton Buzzard’s memorial was formed from the largest single undressed granite block ever quarried in the UK. It is one of 132 sites to receive listed status ahead of Armistice Day tomorrow 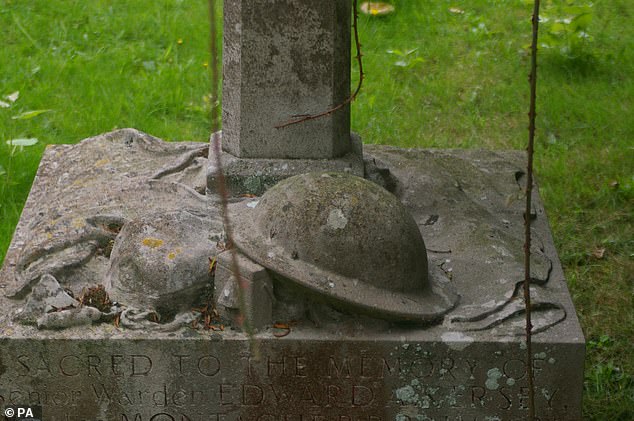 According to the Imperial War Museums, there are more than 90,000 registered memorials of various sizes in the UK.

Between 2014 and 2018, Historic England listed 2,645 memorials to coincide with the centenary of the First World War.

Among sites to be listed today is the Leighton Buzzard memorial which is understood to have been formed from the largest single undressed granite block ever quarried in the UK.

The Old Basing war memorial in Basingstoke, which commemorates 25 local men, lost in a wide range of locations such as France, Egypt, Mesopotamia, Palestine and Gallipoli, and includes the names of two brothers who sadly died on the same day, whilst in the same regiment. 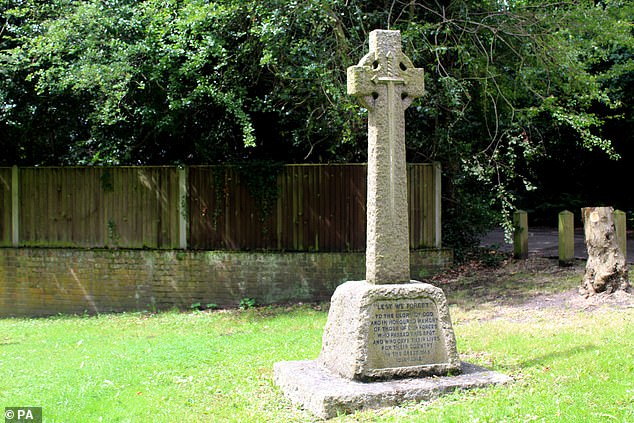 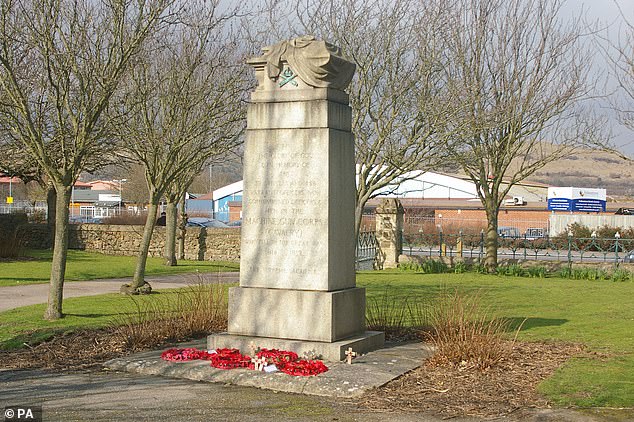 The Machine Gun Corps memorial in Folkestone, Kent was erected after the First World War and has received Grade II status 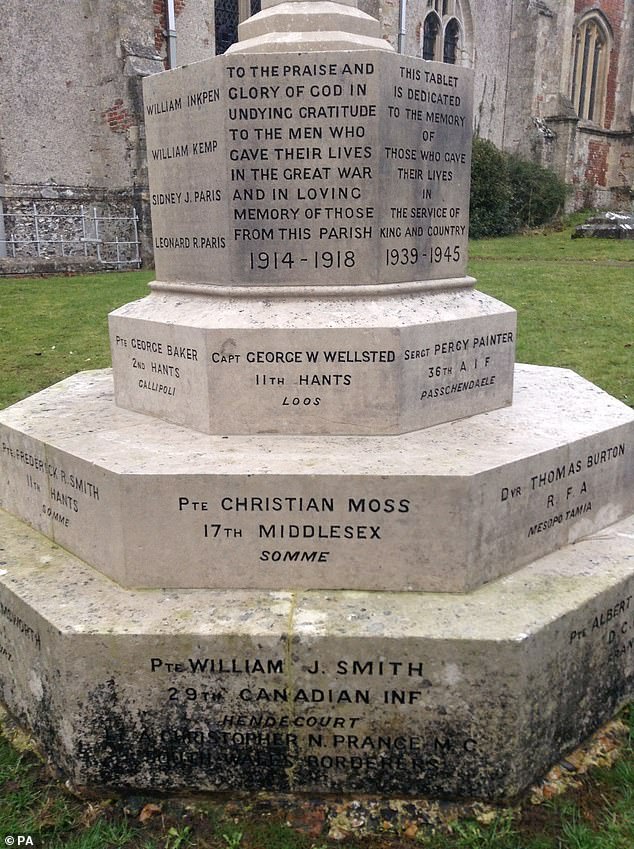 The Old Basing War Memorial in Basingstoke honours the lives lost in both the First and Second World War. It commemorates 25 men, including two brothers who died on the same day

Also given Grade II status are the East Cowes Air Raid Protection memorial on the Isle of Wight, the Bridley Manor war memorial, near Worplesdon, Guildford, and the Machine Gun Corps war memorial in Folkestone.

Local news reports from the time of Bridley Manor war memorial’s unveiling report Major-General Butler as saying: ‘During the years of the war there were tens of thousands of men who trained in the vicinity, not only from all parts of the United Kingdom, but also from the Dominions and Colonies.’

Historic England say the cross stands as a memorial to the representatives of the British nation from all parts of the world.

In 2014, Historic England committed to listing 2,500 war memorials by the end of 2018 to commemorate the centenary of the end of the First World War, and surpassed the target.

Due to coronavirus restrictions, the public have been asked to mark Armistice Day at home this year and not to visit the sites.

It follows a scaled-back service at Whitehall on Sunday.

At the Cenotaph, around 10,000 veterans would normally pay their respects, but this year there were just 26 because of the risks presented by Covid-19. 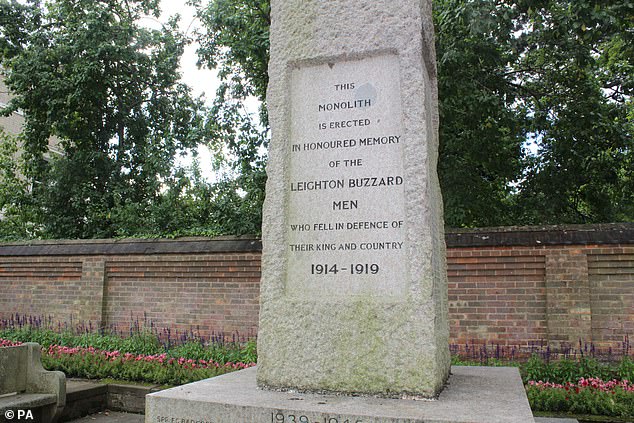 Leighton Buzzard War Memorial was unveiled on 11 November 1920, by Lord Ampthill, in a dedication service which commemorated 171 who fell in the First World War. 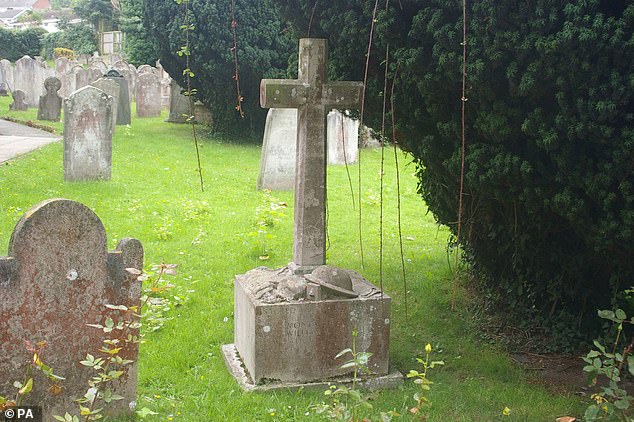 Duncan Wilson, chief executive of Historic England, said: ‘Our war memorials across the country remind us of the huge sacrifices made by generations in the conflicts of the last century, and provide communities with a focal point to express their gratitude and loss.

‘We are proud to continue our work in recognising and protecting these important public monuments so future generations can continue to honour and remember the fallen.’

Heritage minister Nigel Huddleston said: ‘I am very pleased that this year, as we mark the centenary of the Cenotaph itself, we have protected 132 memorials so that future generations can learn about those who gave so much to our country.’