As an anthropological group, they’re overexposed.

The inner city left-wing elites, in their various iterations around the world, are having an extended post-Brexit, Trumpian and Morrisonian moment that has segued from Manhattan to Carlton, from Dalston to Darlinghurst.

They are blamed for Brexit, the election of Trump and for the inability of the Australian Labor Party to win a federal election in over a decade.

Most recently they popped up in a staff briefing given last week by ABC news boss Gaven Morris, who reportedly told staff he would prefer "if we spent less time on the concerns of the inner city elites and more time on the things that matter to central Queensland". 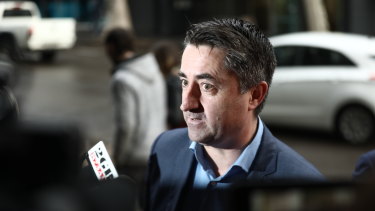 "If there is a perception in the community that we are more interested in the concerns and lives of inner city elites, then we need to work harder to make sure we are as relevant to people in central Queensland as we are to people in inner Sydney," he told The Sun-Herald and Sunday Age.

It is not clear which areas of ABC coverage might need roughing up. Many ABC employees probably do live in the inner urban areas, which would be typical of many journalists.

Whether or not they qualify as "elite" is another thing – the average ABC salary is about $81,000, according to job site Indeed, which is higher than the national average but about average for Sydney. They are probably likely to be university graduates and come from the middle class, I would guess.

Morris’ implicit criticism, coming straight from the horse’s mouth, will be music to the ears of some federal politicians who enjoy the strategic deployment of culture war tropes.

Deputy Prime Minister Michael McCormack, a man so representative that fewer than one in three voters recognise him, likes to orate about "the almond latte left" (although his knowledge of-the-moment non-dairy alternatives hints at a persona far trendier than his cultivated country image lets on).

As rhetoric it’s mildly diverting, but the idea that our Parliament – overwhelmingly male, white and of the professional political class – is representative in the sense of being like its constituents, is laughable.

Ah, but you don’t need to be exactly like your constituents to represent their interests, do you?

If this is the case, why should it be any different for journalists?

This is a subject of debate in Australia, where a historic lack of cultural diversity in newsrooms has led to charges that ethnic communities, multicultural outer-urban suburbs, and Indigenous issues have been overlooked by mainstream journalists for too long.

Ironically these are issues many would define as "inner city lefty" stuff.

But the city/country/left/right divide is not just a trope used by one elite (politicians) to bash another (journalists).

There is truth to the phenomenon – just ask the Labor Party, which is trying desperately to find a way to appeal to both inner-urban voters who care about climate action (and might just vote Green), and their traditional working class base, which is (broadly) much more concerned about jobs and family security than the environment.

Brexit and the election of Trump have both been attributed to the disconnection between the upper middle politico-media class and ordinary people who face threats from economic forces the elites blithely wave off.

Woke culture, where one social group is seen to regard itself as more righteous than another, is strongly connected to this phenomenon.

The national broadcaster is reflecting this global conversation, and thinking about its own part in the dynamic. That’s as it should be.

But politicians wishing to take advantage of this reporting should remember that most Australians love the ABC, whereas they only tolerate politicians.

The most important news, analysis and insights delivered to your inbox at the start and end of each day. Sign up to The Sydney Morning Herald’s newsletter here, to The Age’s newsletter here and Brisbane Times‘ here.