Mother, 20, who was critically ill after catching Covid when she was 30-weeks pregnant finally returns home with her now three-month-old son

A mother who fought for her life while pregnant is finally home with her three month old son.

Ellie Wright, 20, contracted coronavirus when she was 30 weeks pregnant with her son Leo James.

He was born via emergency C-Section on January 12, and Miss Wright, who was critically ill, was placed in a coma for three weeks.

Little Leo was five weeks old before Ellie met him. 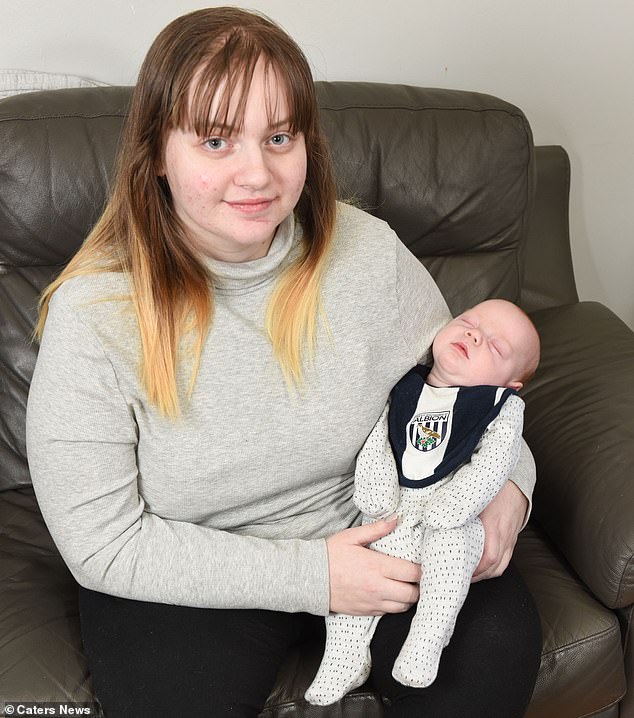 Ellie Wright, 20, is now back at home with her son, Leo James, and their family

But now, the new mum and son are together again in their home in Walsall, West Midlands  after Miss Wright spent time in intensive care and rehab to overcome the virus and recover from Pneumonia, MRSA and Sepsis.

Her family were preparing for the worst when they were told she was unable to breathe on her own, and at one point, she had a priest called to her bedside because doctors thought she wouldn’t pull through.

But on April 9th, she returned home and is now enjoying motherhood, despite its challenges in addition to her recovery from long covid.

‘I am still weak but I can feed him, change him and give him a bath,’ she said. ‘I have waited so long to be able to physically care for him.

‘I am getting better but it will be a long recovery. I am still on a lot of medication and I am still struggling to walk.’

She added that she was sad to miss out on his first few months while she was in hospital. 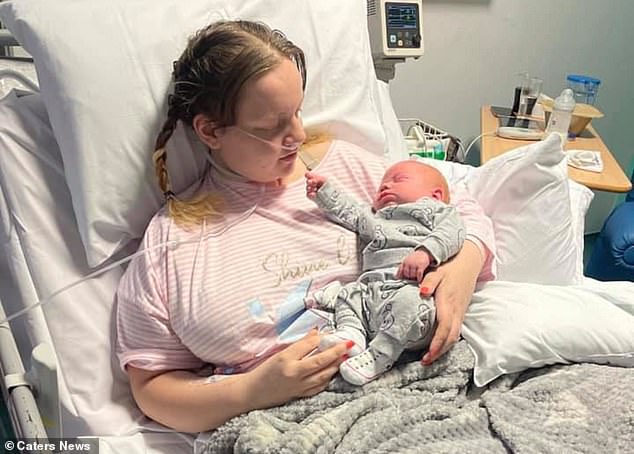 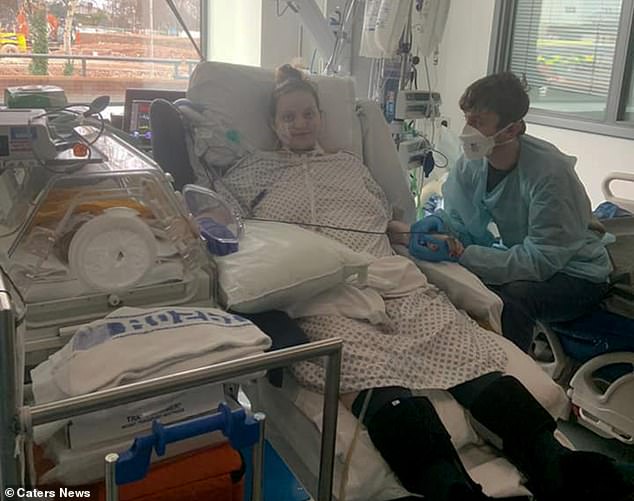 ‘I gave birth to him asleep, I didn’t wake up from the C-Section and I was put in an induced coma,’ she said.

‘I didn’t get to see him, I didn’t know what he looked like. We had chosen his name before he was born so people knew what to call him but it has all been a rollercoaster of emotions and a lot to come to terms with.

‘I was scared to hold him the first time I could, I was worried he wouldn’t bond with me because I had missed the first few months of his life. I don’t think I have really processed everything that has happened yet.’ 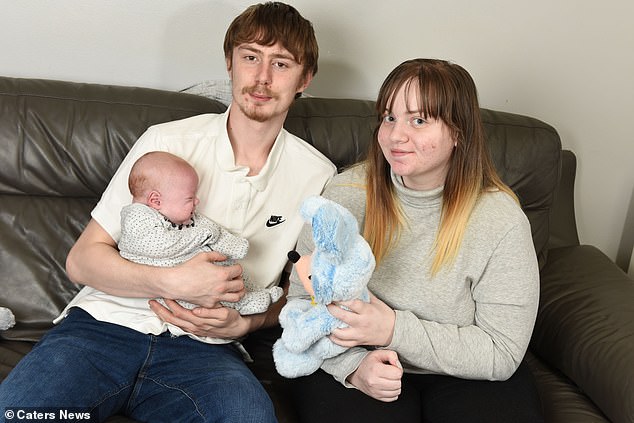 The family of three are together again. Miss Wright pictured with her son and partner, Chris

Long covid has left Miss Wright, a sales assistant, struggling to walk, and relying on the support of her partner, Chris, and family.

‘I don’t know how long it is going to take me to fully recover,’ she said. ‘I have a lot of muscle wastage, I have been off my feet for so long. I need to do a lot of walking and regain my balance.’

The first time mother had had a healthy pregnancy until contracting the virus, which she said she and her family we ‘so careful’ to avoid.

‘I still don’t quite believe it. It feels like it has happened to someone else,’ she said. 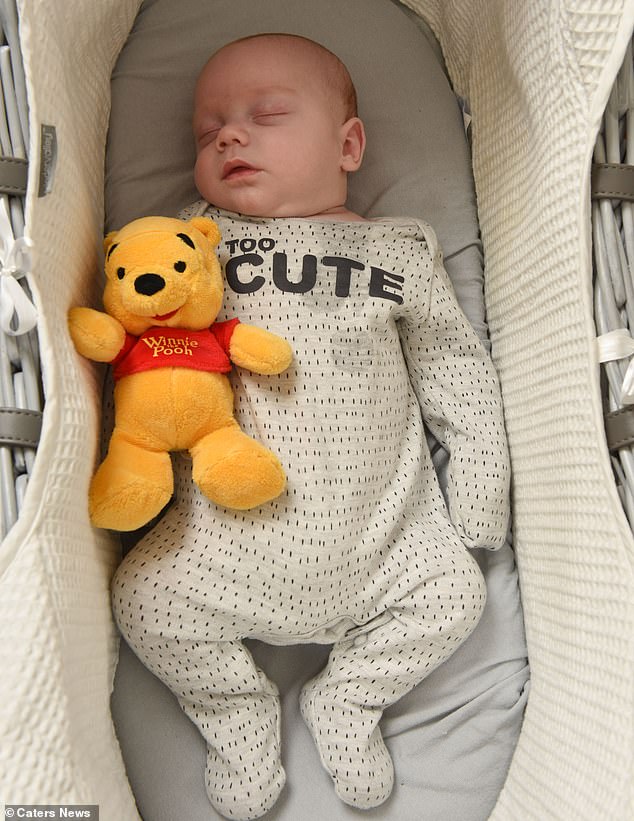 Little Leo James was born early, but is now thriving according to his mother

‘I am still trying to piece it all together but the nurses started to write a diary for me from when I was admitted so that has helped to fill in the gaps and thankfully I was able to have visitors so I could bond with Leo before I was able to come home.

‘I could never have imagined everything I have been though. I wouldn’t change Leo for the world and I am looking forward to our future together.’

That future includes spending more time with her little boy. Miss Wright is already planning trips to the zoo and adventures. 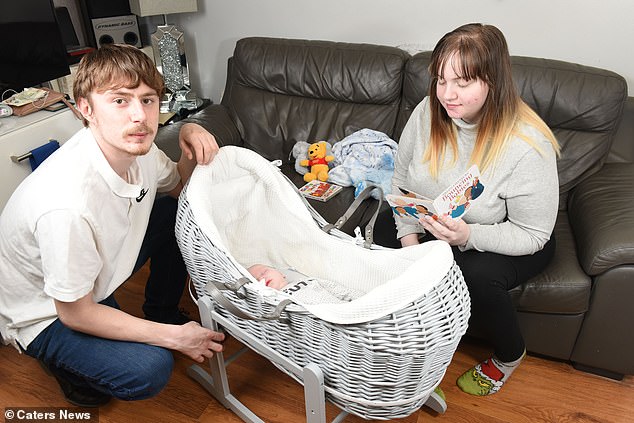 ‘I love reading to him and he is already babbling away back to me and he loves when I sing him to sleep.’

Michelle, Miss Wright’s mother, said she has never been so thankful to have her daughter home safe.

‘I am just so relieved she is alive,’ she said. ‘There were times when she wasn’t breathing by herself but now I see her holding her son and it gives me goose bumps.’ 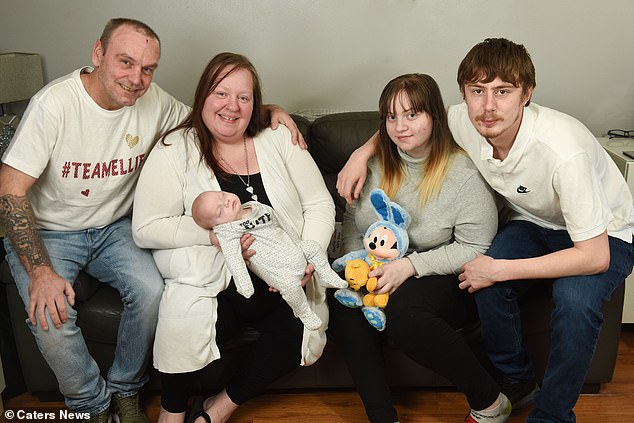 ‘She is an incredible mum. She is doing everything she physically can for him and we are helping her to get stronger every day.’