MPs demand urgent release of Lord and Lady Mountbatten’s personal diaries that include a handwritten note from Gandhi after biographer’s £250,000 campaign to disclose the historic journals

A group of MPs have demanded restrictions on access to the diaries of Lord and Lady Mountbatten should be eased ‘without further obfuscation and delay’.

A £2 million heritage grant in 2010 enabled the University of Southampton to purchase the Broadlands Archive, which contains 4,500 boxes of official papers and personal correspondence from major figures in the Victorian era.

The papers of the Earl Mountbatten of Burma, the last viceroy of India, are part of the collection and include a handwritten note from Mahatma Gandhi to Mountbatten where he details his weekly ‘vow of silence’.

Lord Mountbatten, who was the Duke of Edinburgh’s uncle and a mentor to the Prince of Wales, was murdered by the IRA in County Sligo, Ireland, in 1979. 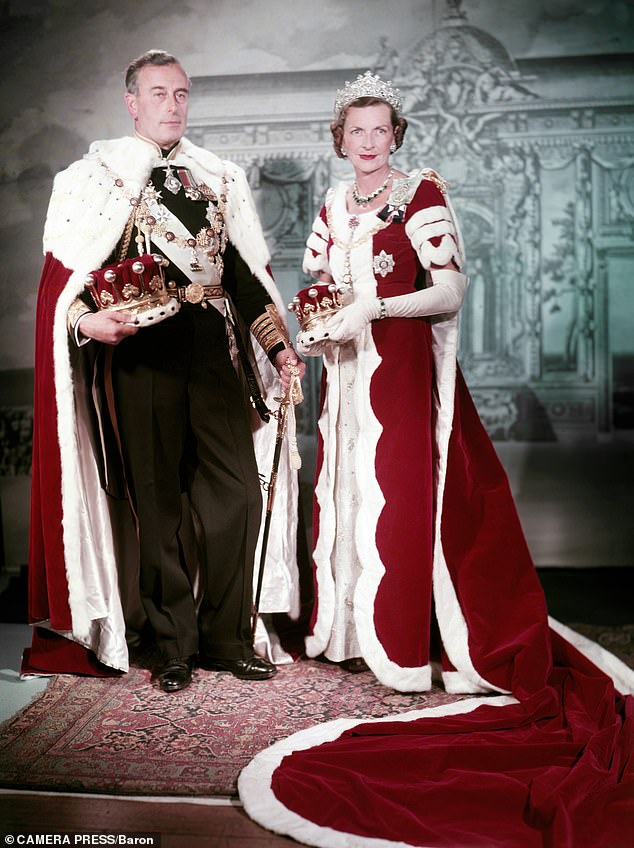 A cross-party group of MPs has raised concerns over the lack of access to the diaries of Lord and Lady Mountbatten over a decade after they were bought by the University of Southampton. Pictured: 1st Earl Mountbatten and wife Edwina in ceremonial robes in 1953

A cross-party group of MPs, led by senior Conservative Julian Lewis, has raised concerns over the lack of access to the personal diaries of the Mountbattens and highlighted the ongoing campaign from biographer Andrew Lownie.

In an early day motion tabled in the House of Commons, the MPs state: ‘That this House notes… that, until the sale to the university, the Mountbatten family had made the diaries available to historians upon request; that Lady Mountbatten was never a public servant and consequently her writings are not subject to Freedom of Information restrictions; that in December 2019 the Information Commissioner’s Office ordered the university to disclose the Mountbatten diaries and correspondence; that this continues to be resisted at the apparent direction of the Cabinet Office, citing FOI (Freedom of Information) exemptions but refusing to identify the criteria relevant to the Mountbatten diaries.’

The motion adds: ‘It is deeply regrettable that their distinguished biographer, Dr Andrew Lownie, has so far had to pay £250,000 pursuing a campaign for the diaries’ release to historians; and accordingly calls for their disclosure for publication without further obfuscation and delay.’

Labour, SNP, Liberal Democrat and DUP MPs have joined other Conservative MPs in signing the motion. 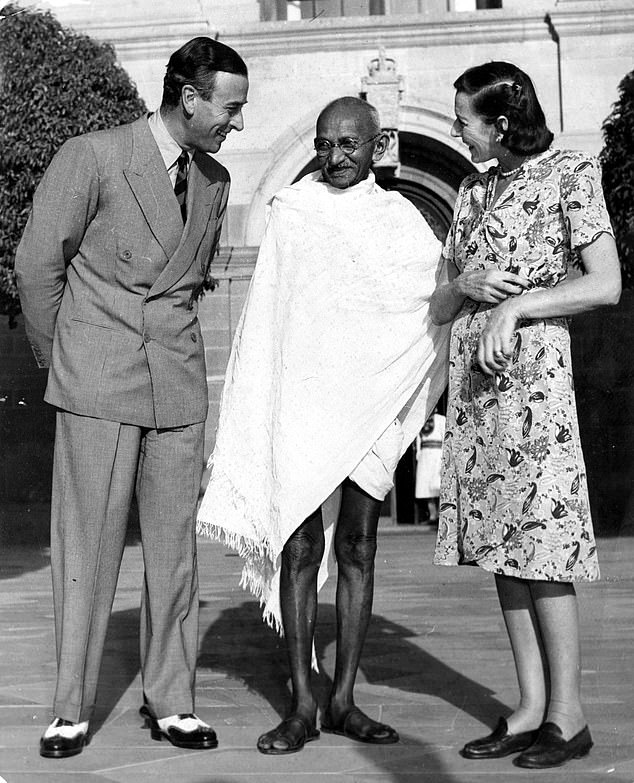 The papers of the Earl Mountbatten of Burma, the last viceroy of India, are part of the collection and include a handwritten note from Mahatma Gandhi to Mountbatten (pictured together) where he details his weekly ‘vow of silence’

Mr Lewis, the MP for New Forest East, said: ‘Whilst fully appreciating Government concern to withhold any official papers retained by Lord Mountbatten and not cleared for publication even now, this clearly should not apply to private papers and diaries which used to be open to inspection and which were sold on the open market.

‘It is, frankly, futile to try to shut this stable door so long after the horses bolted and their jockeys are long gone, too.’

Mr Lownie, author of The Mountbattens: Their Lives & Loves, said the case raised ‘major issues about censoring our history, misuse of Government power and taxpayers’ funds, as well as freedom of speech’.

He added: ‘The Government claim to be following undertakings given by Lord Mountbatten, but these are private letters and diaries which his family offered to sell to the highest bidder. 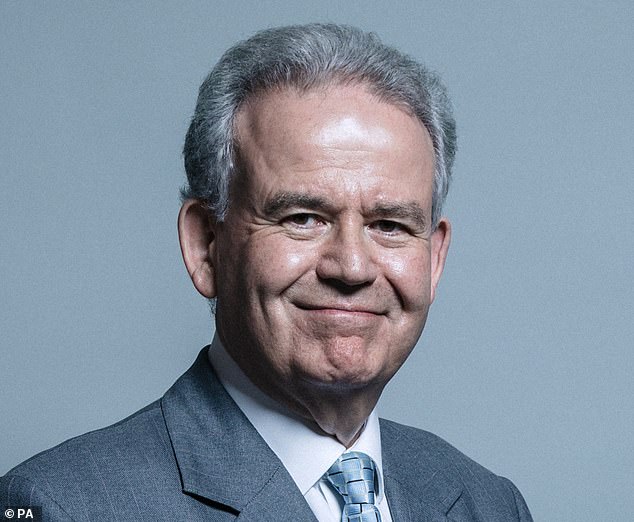 An early day motion tabled in the House of Commons calling for the papers’ ‘disclosure for publication without further obfuscation and delay’. The cross-party group of MPs is led by senior Conservative Julian Lewis (pictured)

‘Any undertakings given related only to official papers in his possession and predated the Freedom of Information Act 2000. It is crucial the Government are held to account to explain their censorship.’

Cabinet Office minister Julia Lopez, in response to written parliamentary questions about the matter, said: ‘Before he retired as Chief of Defence Staff in 1965, the first Earl Mountbatten accepted that personal diaries could not be put into the public domain without first being vetted.

‘Earl Mountbatten made clear that ownership of all of these papers would be handed over to the Broadlands Trustees.

‘In 1969, the Broadlands Trustees entered into undertakings not to give general or particular access to these papers without the express permission of the Prime Minister of the day through the Cabinet Secretary. A copy of the undertakings is available at the National Archives.

‘In line with this agreement, the Cabinet Office is continuing to work with the University of Southampton to support the release of the Mountbatten archive whilst ensuring sensitive and official information is handled appropriately and in line with the Freedom of Information Act and Data Protection Act.

‘This case is currently before the Information Tribunal. It would not, therefore, be appropriate to make further comment whilst this is subject to ongoing legal proceedings.’

The university describes the Mountbatten Papers as an archive of the ‘first importance for the study of much of the 20th century’, and it includes around 4,000 files of papers of the earl.

Access to the database is ‘by permission only’, with a registration process to be followed, according to the university.