AS mum-of-three Jean Hanlon sat in her Greek home and wrote in her diary on a sunny morning, she had no idea it would be her last entry.

Later that night, after texting a friend for help, the 53-year-old from Dumfries, Scotland, disappeared without a trace from the island of Crete, Greece, where she was living. 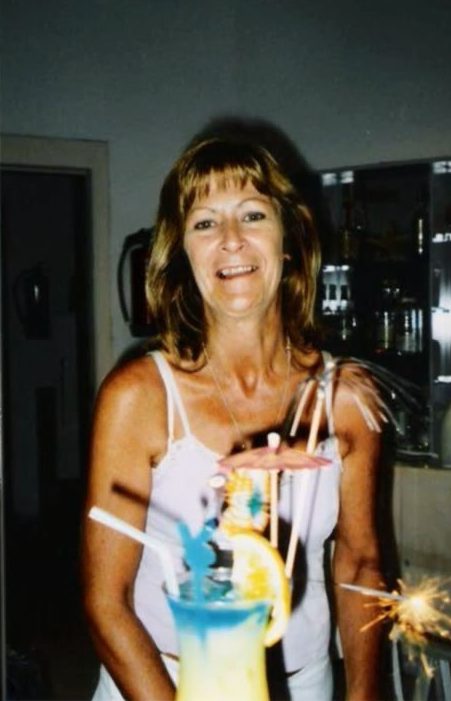 Three days later, her body washed up on the shore of the harbour – she was bruised, covered in injuries and decomposed almost beyond recognition.

Despite evidence to suggest she'd been murdered – including diary entries referencing a man called Nikos, Greek authorities ruled her death had been an accident and closed the case.

Ten years on, the mystery surrounding Jean's death, and questions over her final movements, feature in Channel 5's latest documentary, Murdered in Paradise.

Her sons, Michael, Robert and David, believe their mum's death is more suspicious.

Michael told the Sun Online: "We aren't happy from what we have seen and what we know of her last movements that she simply just drowned in an accident."

Jean had moved to the island of Crete in 2005, working for a travel company for three consecutive summers before deciding to move there for good. In November 2008, she stayed for her first Christmas. 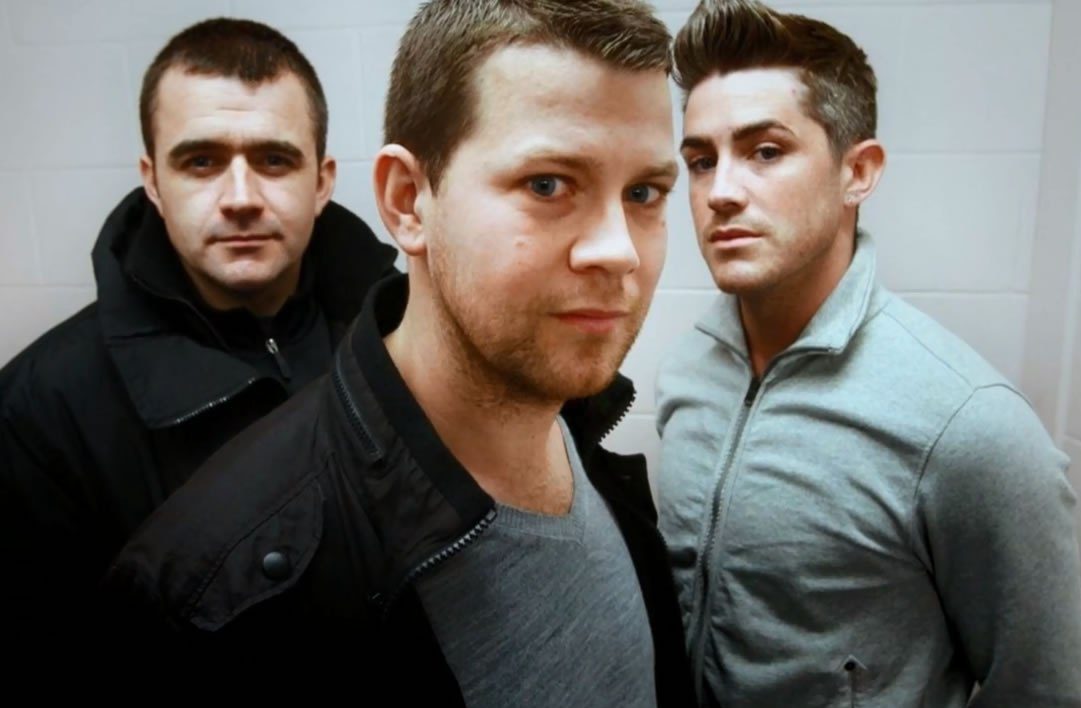 And while her sons were initially 'concerned' about Jean being alone in a foreign country, they were satisfied she was safe and well looked after thanks to her 'massive field of friends'.

"She went out there to get some 'me' time," son Robert says in the documentary, which airs on Monday at 9pm on Channel 5. "She was very happy and had a massive circle of both Greek and English friends."

But just a few months later, on March 11, 2009, everything came crashing down when the police phoned Robert and said his mum had been missing for more than two days.

"Straight away I got a feeling that something was wrong," he continues, wiping away tears. "It wasn't like my mum to do that. It was horrible – and I felt too far away to help." 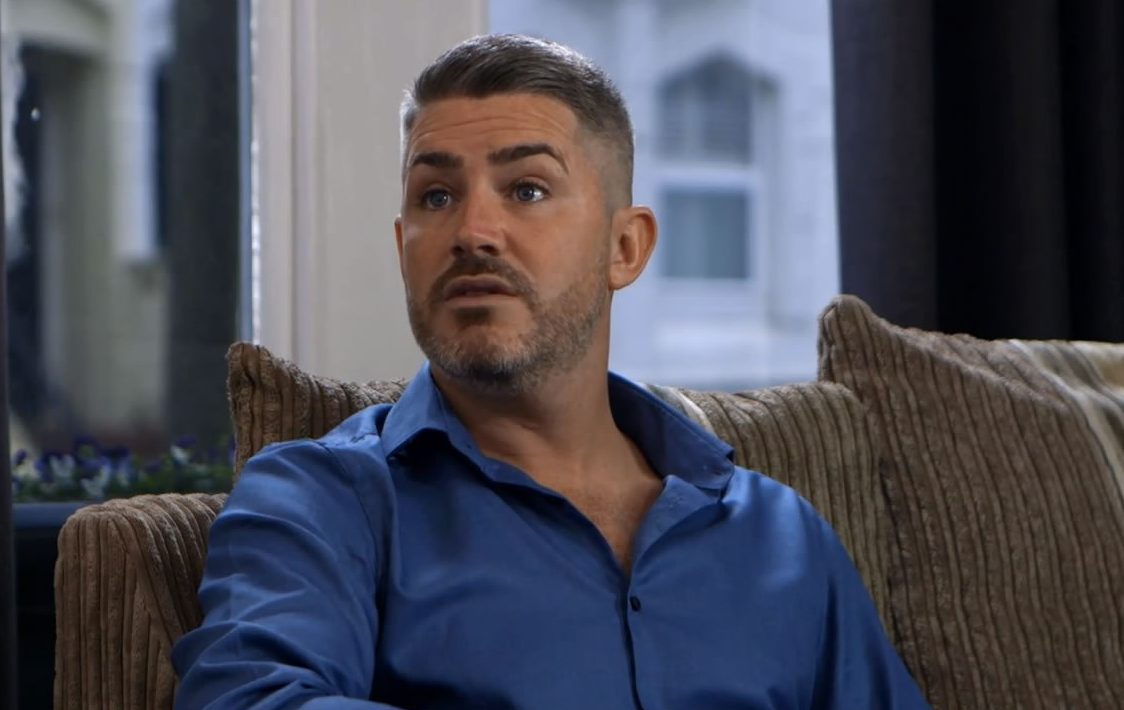 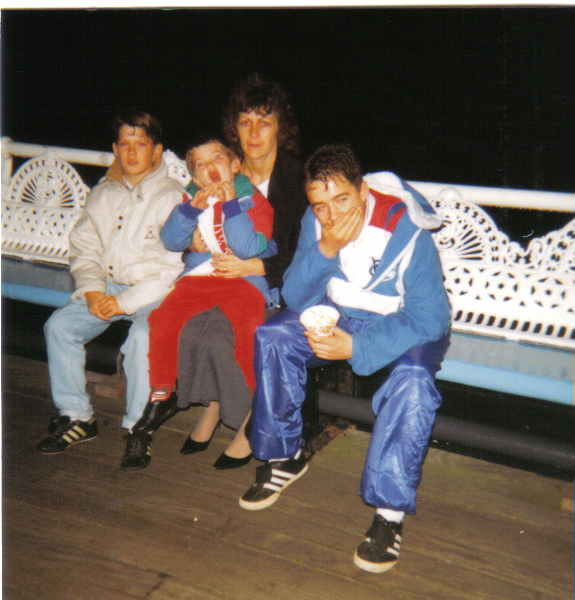 'She was with a foreign man'

As she did every day, the Scottish mum-of-three had written in her diary on the morning of March 9, 2009 – an entry that would turn out to be the mum's last.

Jean then visited the shops and stopped for a chat with a fellow expat, where she told a woman that a green car had been following her all day.

"She sat down for a glass of wine with me," Jean's boss Yiannis Marakis says of her movements that day. "But within ten minutes she left, stressed, like someone was waiting. She said she was going on a trip to Heraklion."

While it was never confirmed that Jean made it to the harbour town near her home, as she was unable to drive, phone records show she called a friend that evening from the Heraklion area. 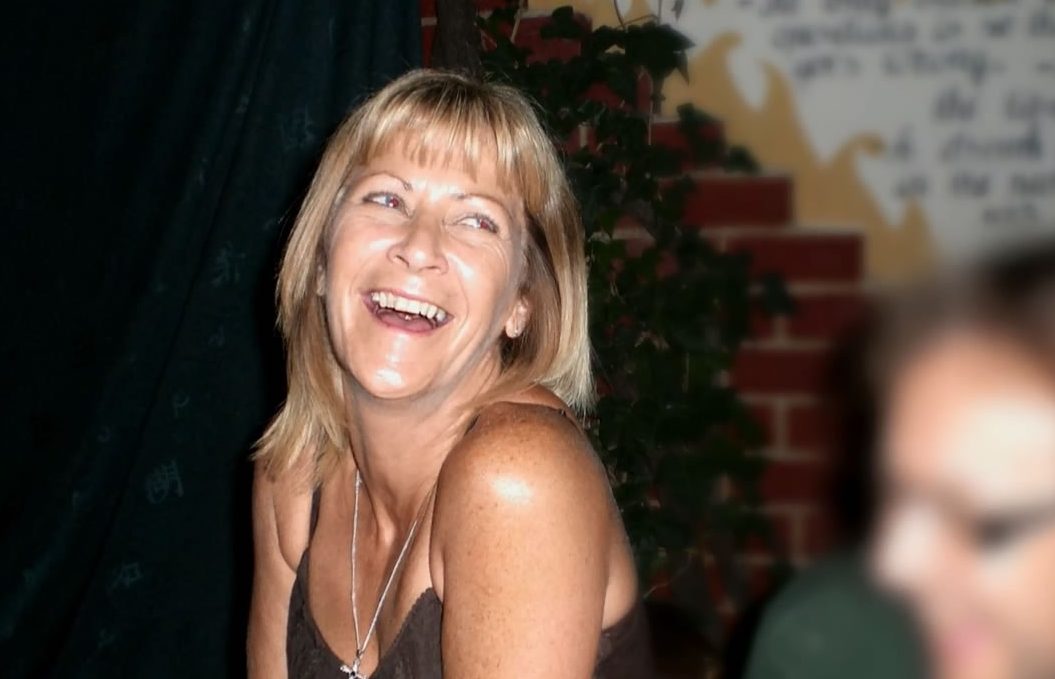 She told her pal she was at a bar with an unknown man, who spoke Greek but not with a native accent.

Moments later, Jean sent a text to the same friend she had just spoken to that said: "HELP".

The friend called back, but after Jean assured her everything was okay. When Jean called her again an hour later, she was asleep and didn't pick up.

"That was the last anybody heard or saw of her," Michael adds. "And when she didn't turn up the next morning, suspicions were raised – but police wouldn't do anything for 48 hours." 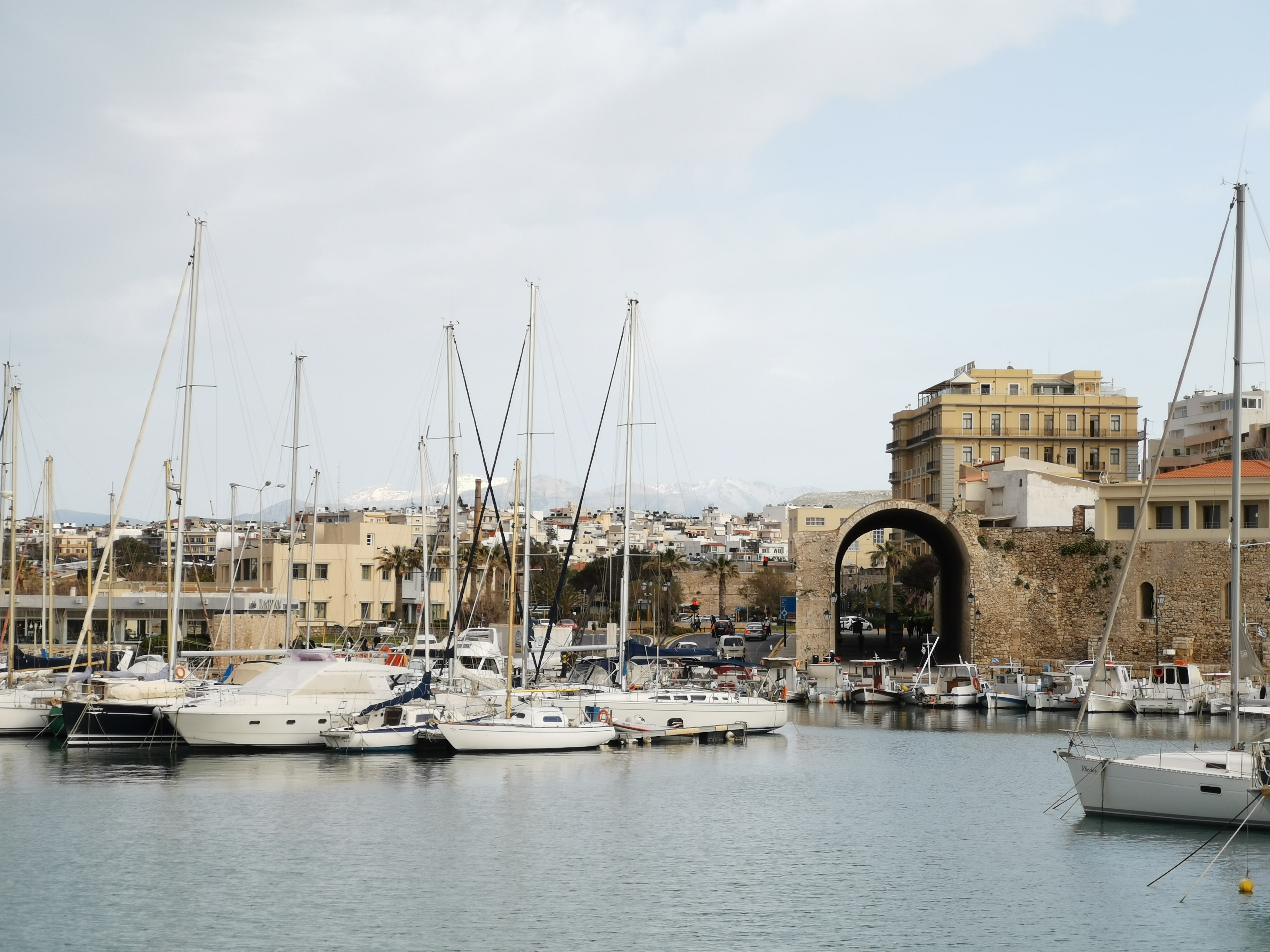 "I knew straight away something had happened," son David tells cameras through tears, recalling the moment he was told by police his mum hadn't been seen for more than two days.

"We all just broke down," adds Robert, who alongside his brothers immediately flew out to Crete to join the search party. "We had never been on holiday together, and it was a powerful and painful moment for us."

Two days after arriving in Greece, on March 13, 2009, a body was pulled from the waters of Heraklion's harbour.

The brothers were hopeful as coroner's reports detailed that the body was that of a 40-year-old, and was so badly decomposed it looked to have been dead for 20 days. 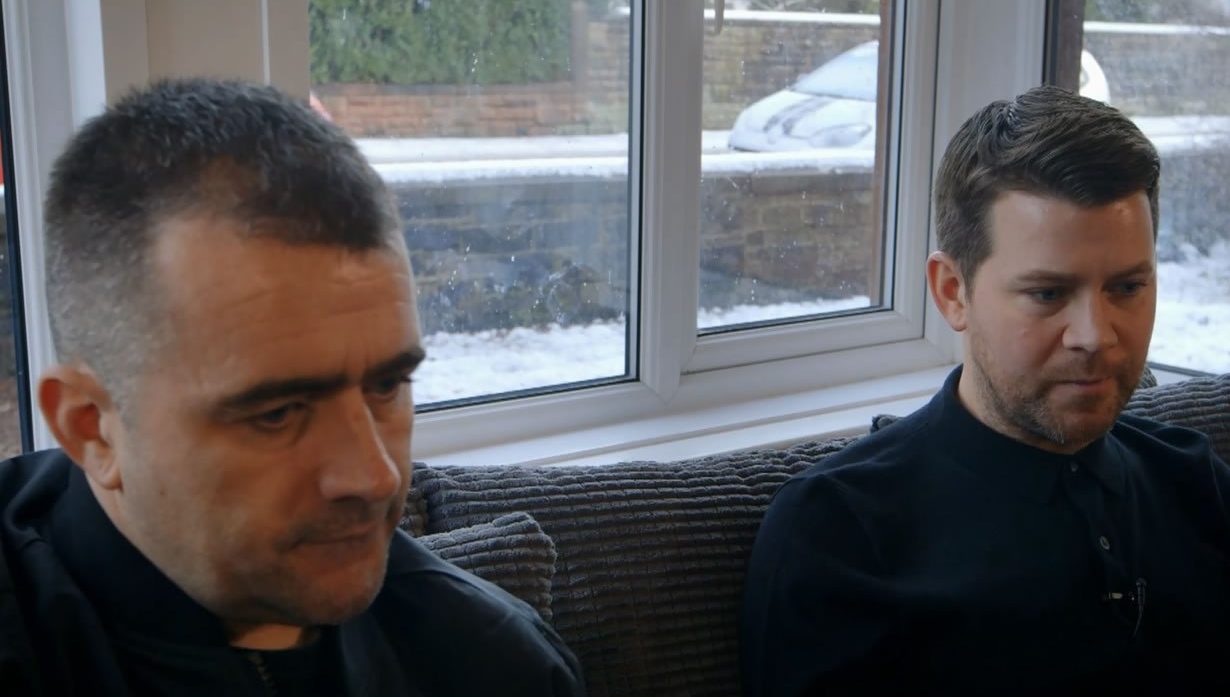 Bodies have been known to decompose faster in warmer water above 7 degrees Celsius, with the Cretan sea reaching higher than 16 degrees in March.

Experts suggest the body could have become a feeding ground for crustaceans, including crabs and lobsters.

When the brothers viewed the body in the morgue – it revealed the heart-breaking truth. "They showed us a table of the clothes from the body, and I could tell they were mum's," Michael recalls.

Brother Robert adds: "Everything was telling us it was mum – but what I was looking at wasn't her. She had no hair left, no eyes, she had lost the bridge of her nose, she was bruised – she just looked like a shell."

Local authorities had the men sign a death certificate, all in Greek and unreadable to the brothers, which said the death had been an accident – she had fallen in the harbour water and drowned.

Ex-Chief of Police Vosilis Verykokidis assured the brothers: "There was 12mg of alcohol in her blood, so we couldn't exclude the possibility that when walking along the harbour, she got dizzy and fell in because of the alcohol." 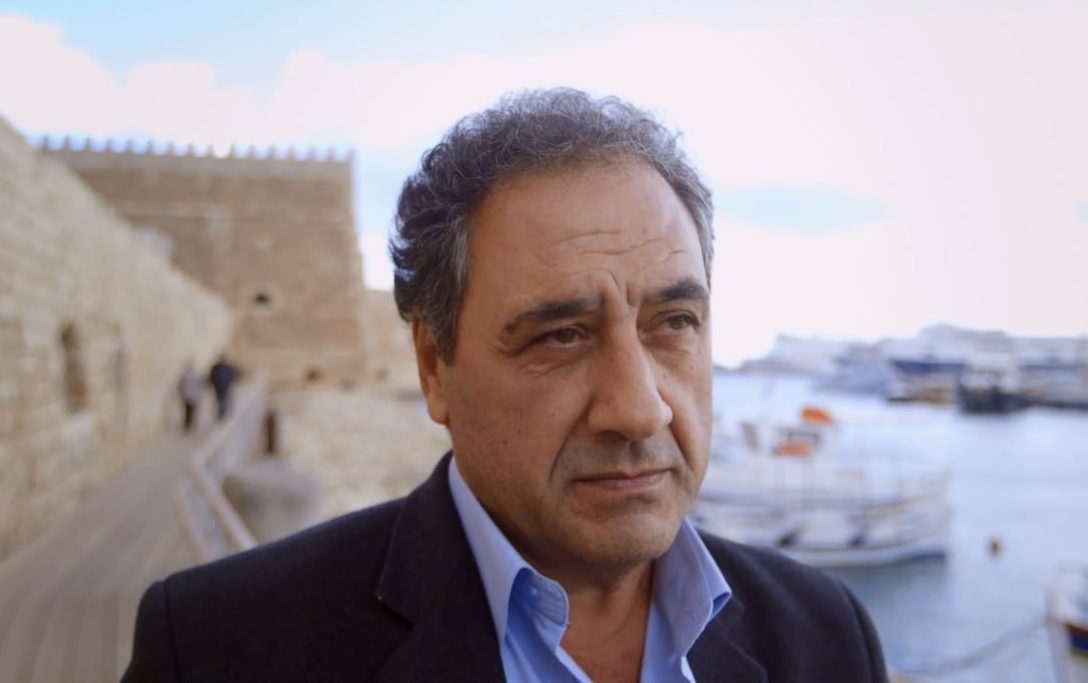 The case was closed, but unsatisfied by the outcome, Robert started looking through his mother's diary for clues – it was there he found secrets the police hadn't shared about a man Jean had been interacting with.
Mentions of a man named 'Nikos' started cropping up in Jean's entries weeks before her death – including from just five and even two days before her disappearance.

"Nikos invited me out to dinner but I told him no," one entry read, with another shortly following: "Nikos called asking to come round here tonight, but I said no."

As the discovery was made, the police published more details on the coroner's report of Jean's death – it noted that she had injuries to her coccyx, lower back, neck and head as if she had fallen backward. 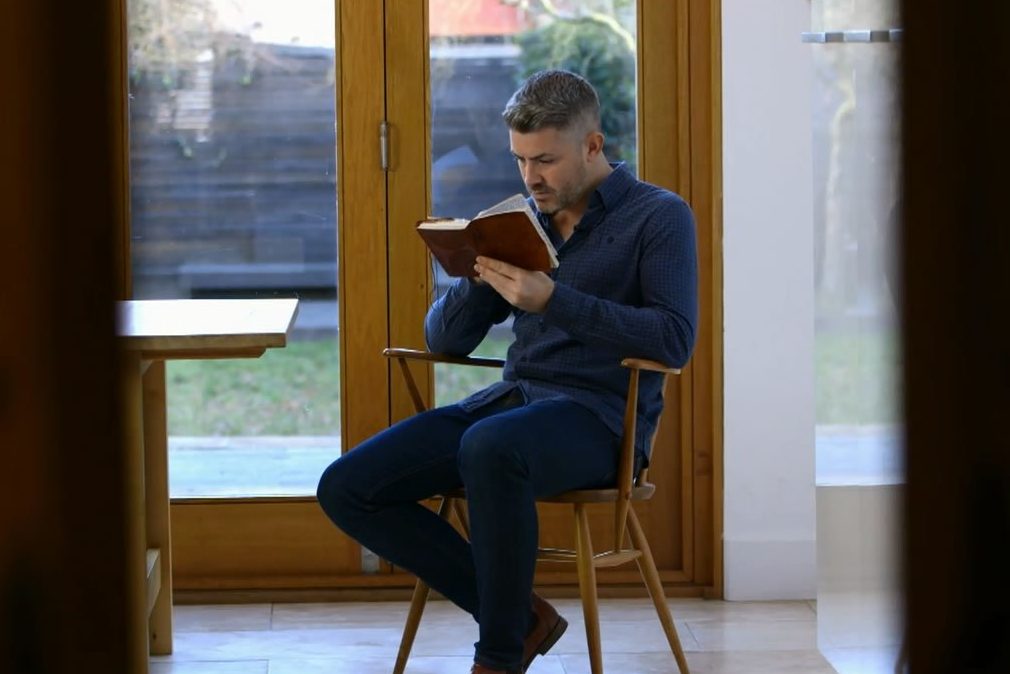 Fuelled by new evidence, pressure on the police was intensified to solve the case, and over a year after the death occurred, two suspects were brought in for questioning – one who had even created a false alibi.

But Robert, Michael and David's hope to find out what happened went cold when the suspects were released and the case was closed, despite what Michael calls 'huge inaccuracies' and 'suspicions' left unsolved.

"That man, Nikos, that mum was with on that night has never come forward or been found," Michael told the Sun Online. "Why hasn't he come forward? There are so many questions he could answer and solve." 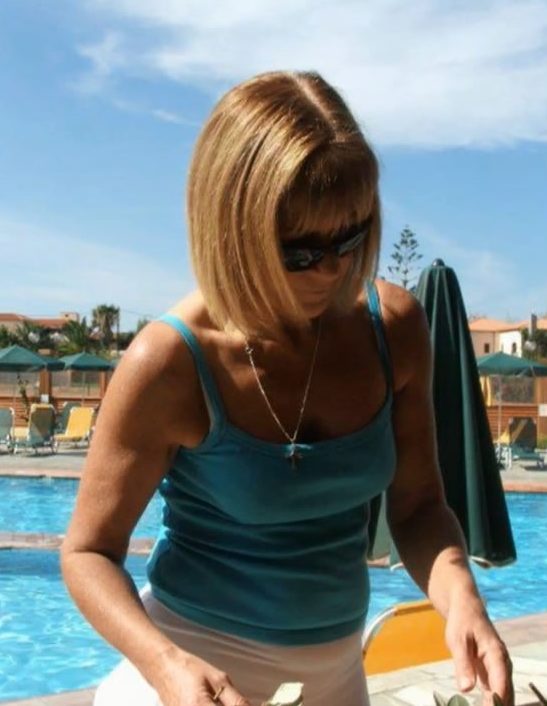 'We will fight this – she is our life'

Now ten years after Jean's death, her sons are continuing to campaign to find out the truth surrounding her death – as they believe it was down to foul play, and 'someone' out there must know the truth.

"People have just suggested that we have to get on with our own lives and move on," Michael added. "But mum was our life, she is our life – she's not some sort of light switch that just turns off." 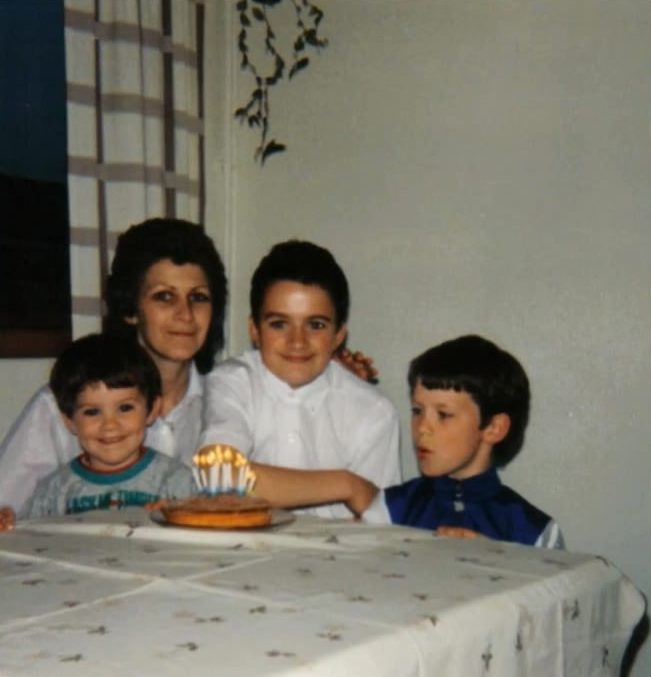 The three sons have set up Justice for Jean, a memorial website which aims to gather new information about their case, as well as a government petition to get the Greek authorities to reopen the case.

"This isn't just a story for us, this is our life," Michael concluded. "It's been ten years and it's not going away – we just want to find out what happened so we can grieve for our mum."

Murdered in Paradise: The Killing of Jean Hanlon airs on Monday night on Channel 5 at 9pm.