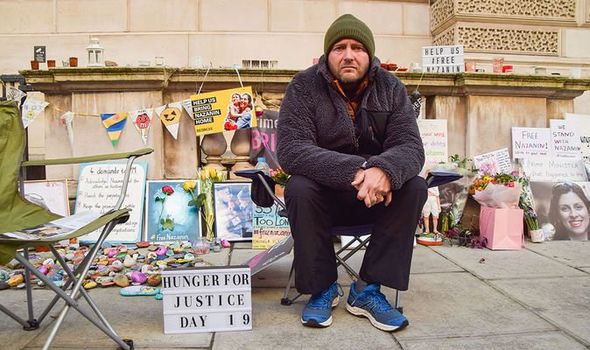 Richard Ratcliffe, 46, whose protest includes camping out in Whitehall, hoped an earlier summit between UK officials and Iranian deputy foreign minister Ali Bagheri Kani might lead to a breakthrough in mum-of-one Nazanin’s freedom.

But Richard, from north London, emerged in despair, saying: “I said to him [Mr Cleverly], ‘I come away with no hope. I felt in your strategy it’s all carrots to Iran. There’s no stick’. I can’t see what’s stopping them continuing to play games.”

His charity worker wife was jailed in 2016 on disputed charges of plotting against the government.

She is under house arrest in Tehran, but Richard fears she could be thrown back in jail any day.