ALMATY (Reuters) – Police in Kazakhstan detained about 500 people on Sunday after dispersing rallies protesting as undemocratic a presidential election that will confirm Kassym-Jomart Tokayev as the successor to veteran leader Nursultan Nazarbayev. 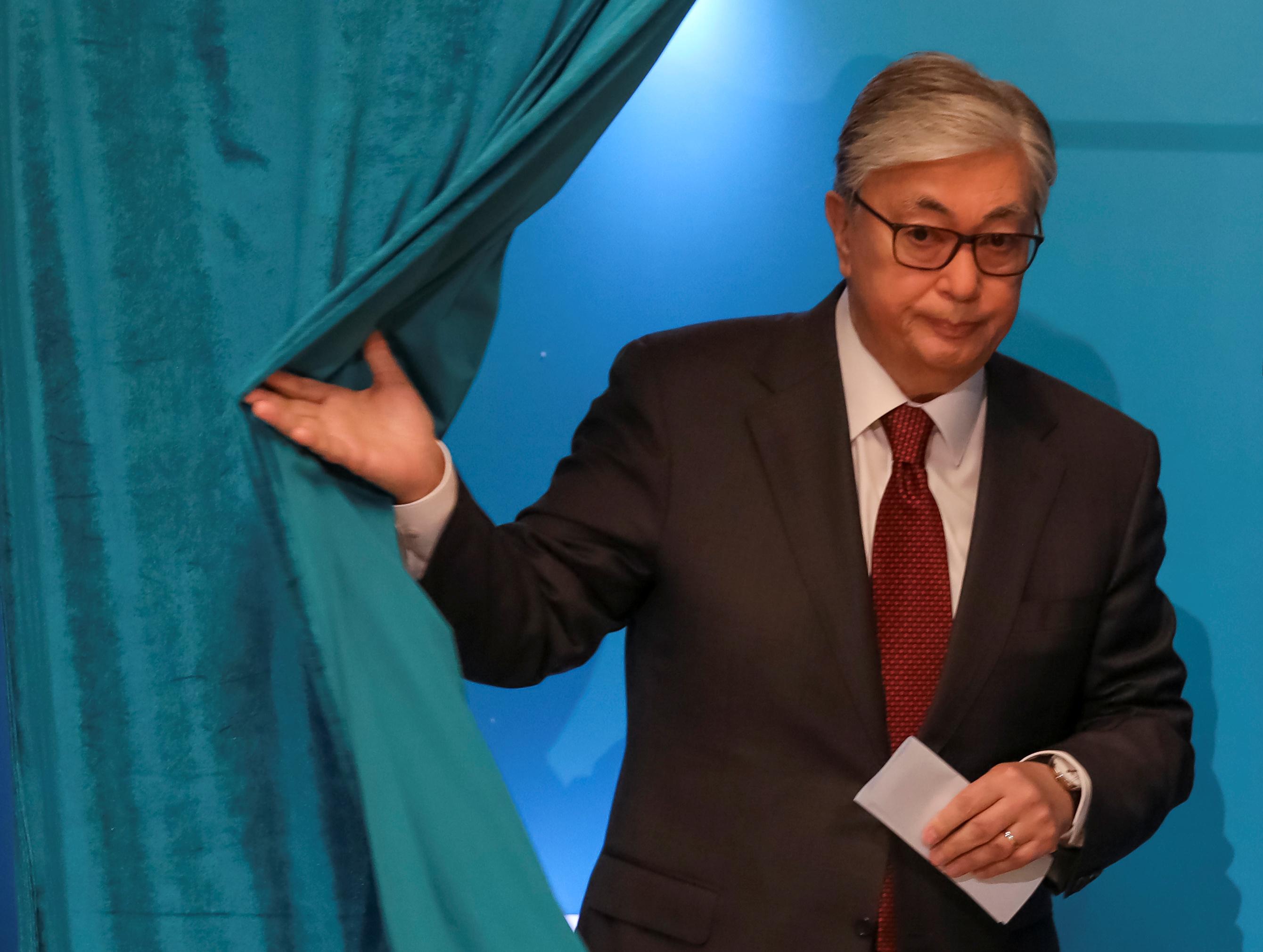 Nazarbayev, who had run the oil-rich former Soviet republic for almost three decades before stepping down in March, and retains sweeping powers, hand-picked the 66-year-old diplomat to succeed him, making the outcome of the vote all but certain.

Hundreds people chanting “Shame!” staged protests against the poll on Sunday in Almaty and Nur-Sultan, the Kazakh capital that was renamed after Nazarbayev at Tokayev’s suggestion.

But the smooth transfer of the presidency is positive news for neighboring Russia and China, and for foreign energy and mining companies who have invested hundreds of billions of dollars in the Central Asian state.

For many of its 12 million registered voters, interim president Tokayev, a former prime minister and foreign minister, was the only familiar face among seven candidates in a brief and uneventful campaign.

“Well, Nazarbayev is no longer on the ballot and I do not know any of the other candidates,” said Natalya, a pensioner, after casting her vote on Sunday for the incumbent.

Nazarbayev, 78, who holds the official title of Yelbasy, or national leader, and continues to run the ruling Nur Otan party, has routinely taken over 90 percent of the vote in elections described by Western observers as neither free nor fair.

Kazakhstan’s rubber-stamp parliament, whose upper chamber Tokayev chaired before assuming the presidency, is devoid of opposition, and dissent is largely stifled through control of traditional and electronic media and social networks.

Telegram, a popular mobile messaging app, was inaccessible on Sunday in Almaty, Kazakhstan’s largest city, and Facebook was also blocked for hours early in the day.

Reuters correspondents in Almaty and Nur-Sultan saw police clad in riot gear detain dozens of demonstrators as they forcefully dispersed rallies in the two cities. The Interior Ministry later said police had detained about 500 people, describing them as “radical elements seeking to destabilize the society”.

Deputy Interior Minister Marat Kozhayev said two policemen had been hurt by rocks hurled at them from the crowd and one sustained an eye injury from pepper spray.

One foreign reporter based in Almaty posted a photo of himself with a black eye sitting inside a police vehicle after being detained, but said the bruise was a result of him falling on a policeman’s knee rather than being struck deliberately.

Tokayev said after casting his ballot in Nur-Sultan that he was urging both police and protesters to be tolerant and planned to include young activists critical of the government in a “special committee” to promote dialogue.

Tokayev himself said he had no doubt that he would win the election and promised to take guidance from Nazarbayev on strategic matters. Insiders say the men effectively share the presidential palace, although Nazarbayev’s new office is in a different building.

The arrangement under which Nazarbayev effectively remains in charge ensures policy continuity — but also means political uncertainty will linger until he withdraws from politics.

On the foreign policy side, Tokayev, who studied at an elite Soviet diplomatic school in Moscow and focused on China, is likely to continue Nazarbayev’s policy of balancing between Russia, China and the West. 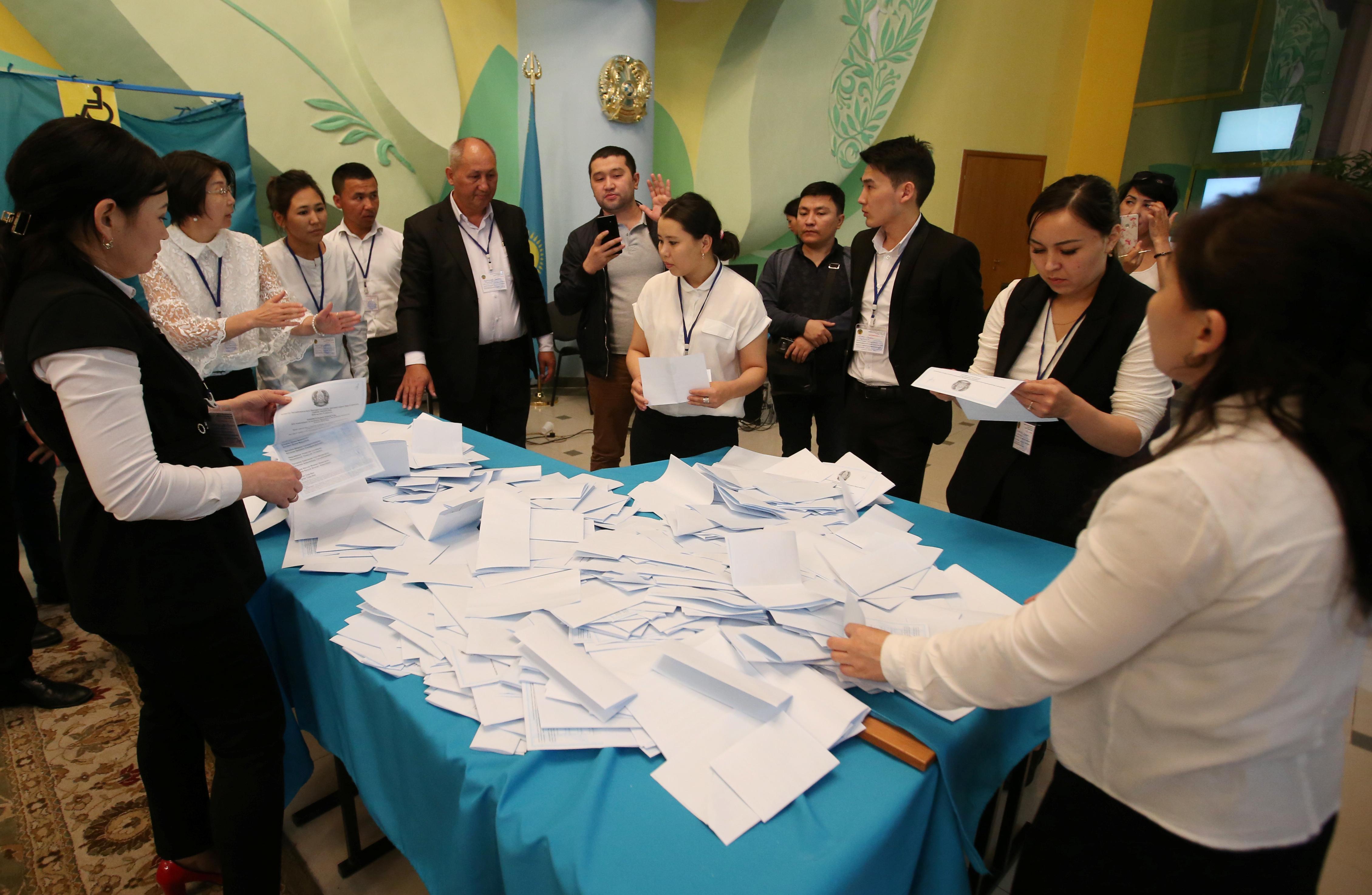 That approach has helped Kazakhstan attract foreign investment and open up markets for its oil and metals exports.

Kazakhstan’s Central Election Commission reported a turnout of 77 percent by 8:00 p.m. Nur-Sultan time (1400 GMT), when polls closed in most of the country, and said it would announce preliminary results on Monday.