A second strain of Hendra virus is circulating in flying fox populations across Australia, with the new strain recently detected the furthest south the virus has been seen.

The paper outlining the CSIRO findings was published this week, after a horse in the Hunter region of NSW was last week confirmed to have the strain. 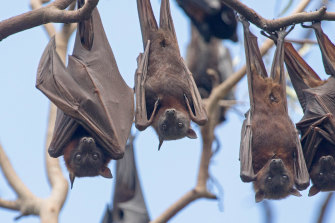 The new Hendra variant has been confirmed in flying foxes in multiple parts of the country for the first time, including grey-headed flying foxes (pictured).Credit:Alamy

The horse was the second to die with the Hendra variant, with testing of a horse that died near Gympie in south-east Queensland in 2015 confirming it also had the variant, rather than the original strain.

“So this means there are two Hendra variants that we know of, it’s quite possible there are others out there that we haven’t detected yet,” Dr Halpin said.

“Our research has shown there is Hendra in flying foxes basically everywhere you look for it – we’ve been lucky that the spillover to horses has really only been in Queensland and northern NSW, although that has now crept down to central NSW.” 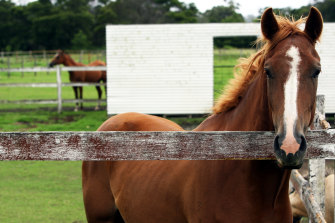 Hendra is spread from flying foxes to horses via close contact, usually around feed and water troughs under trees where the bats live.Credit:Louise Douvis

Hendra virus, named after the Brisbane suburb where it was first detected in 1994, is carried and spread by flying foxes to horses, which it can kill in days.

It can also spread from horses to humans – of the seven known human cases since 1994, four were fatal.

Flying foxes do not spread the virus to humans and there have been no cases of human-to-human transmission, but health authorities keep a close eye on new cases because it is so deadly when humans contract it.

No vaccine exists for the disease for humans, although an antiviral treatment can be given to anyone believed to have been exposed to the disease.

Dr Halpin said there was a vaccine for virus in horses, which had been extremely effective in curbing the number of cases, but new infections like the one in NSW last week, which was in an unvaccinated horse, showed the disease could pop up anywhere due to being endemic in flying fox populations.

She said it was not known why the disease only seemed to jump from flying foxes to horses in certain parts of the country, and it was concerning that area appeared to be getting bigger.

“Spillover events tend to be associated with specifically the black flying fox and the spectacled flying fox, so we haven’t seen a horse get infected with Hendra outside of the range of those two species,” she said.

“Now with the new variant we’ve found it in flying foxes in other parts of the country, so it highlights that all flying foxes do pose a risk [of spreading to horses].”

The NSW case was in a horse on a property at West Wallsend, with the horse euthanised and no other horses at the property falling sick.

The 2015 case of the new variant in Queensland was detected as part of another research project called “Horses as Sentinels” led by the University of Sydney and CSIRO, the results of which have been released in preprint.

The research on the new variant being found in flying foxes has been published in the Virology Journal.