Ukraine: 'We are ready to fight like never before’ says Kiara Rudyk

At least 50 people have been wounded and 22 people killed in the Russian attack as Ukraine celebrates 31 years of independence from the Soviet Union and marks six months since the war began.

Ukrainian President Zelensky addressed the UN late on Wednesday evening that a Russian rocket had hit a train station.

He said the attack took place in the town of Chaplyne in eastern Ukraine.

Chaplyne is a small rural town with a population of 3,500 people and is 90 miles west of Donetsk.

The rocket hit a railroad passenger train and vehicles nearby, but the total number of people killed has not yet been confirmed. 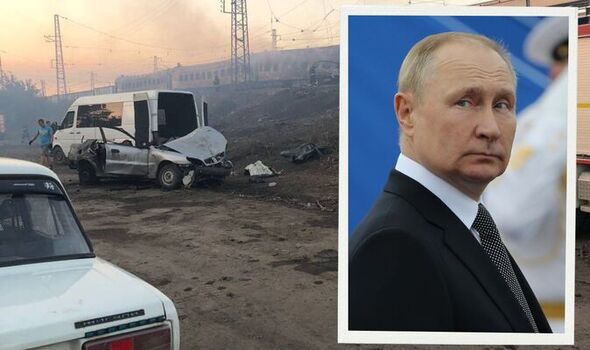 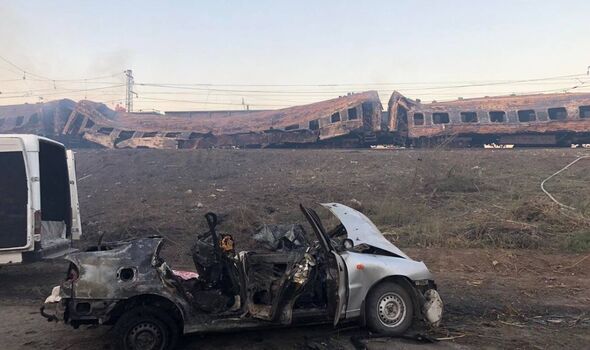 President Zelensky said: “Rescuers are working, but, unfortunately, the death toll could increase.”

Five of the Ukrainian victims were burned to death in a nearby vehicle.

The youngest known victim who died at the attack has been confirmed to have been an 11-year-old boy.

Ukraine’s Foreign Minister, Dmytro Kuleba has also spoken out against the attacks, saying Russia “must be stopped”.

“At least 15 killed in a Russian missile strike on a train station in Chaplyne, Dnipropetrovsk region.

“As [President Zelensky] stressed at UNSC: terrorist Russia must be stopped now before it kills more people in Ukraine and beyond.” 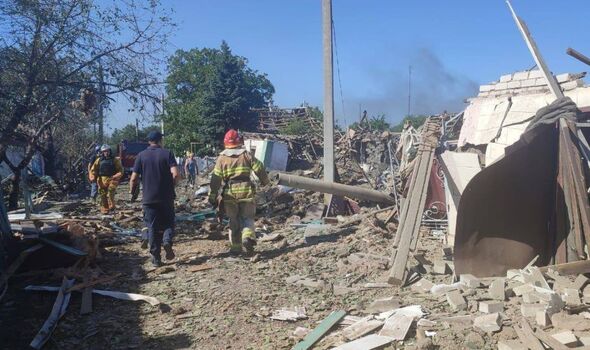 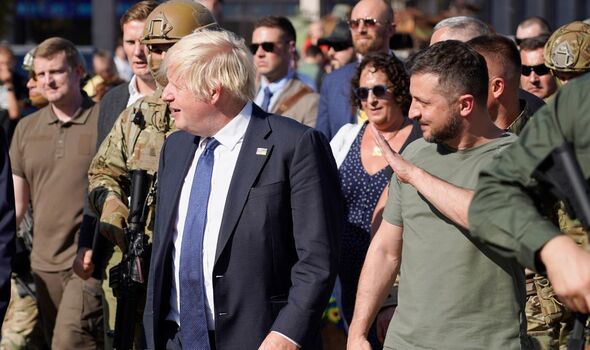 Ukraine celebrated its independence day on Wednesday, as the country marks 31 years free from Soviet rule and it is also the day that marks six months since the Russian invasion began.

It has been a sombre occasion as President Zelensky recently warned Ukraine civilians to prepare as Russia may do something “cruel” to disrupt celebrations.

Countries around the world have sent supportive messages to Ukraine, and Prime Minister Boris Johnson visited Kyiv to announce the UK would send £54 million in military aid.

The Queen also sent a congratulatory message to President Zelensky and the people of Ukraine.

She said: “It gives me great pleasure to send Your Excellency and the people of Ukraine my warmest greetings on the celebration of your Independence Day.

“In this most challenging year, I hope that today will be a time for the Ukrainian people, both in Ukraine and around the world, to celebrate their culture, history and identity.

“May we look to better times in the future” 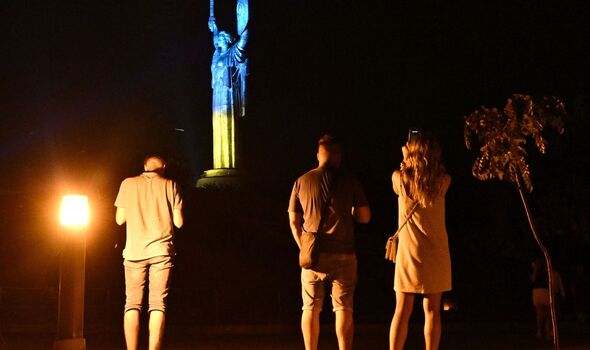 In Kyiv, the Ukraine Government has banned large gatherings for fears that Russia may use the occasion to launch more missile attacks.

A few residents gathered at Kyiv square to mark the occasion, where Ukraine is currently displaying the destroyed Russian tanks the military was able to capture.

The national anthem was played in the Ukraine capital at 7pm to mark the occasion.

Some Ukraine citizens who had gathered expressed fear as the national holiday came to a close.

Yana Pasychnyk, a choir singer who said she was going home after a performance at Kyiv’s St Sophia Cathedral said she had goosebumps.

She said: “People I know, my godson even, is fighting at the front. There’s no celebration today. I can’t even believe that this is happening.”

Another resident, who only gave her name as Tetyana, said: “I can’t sleep at night because of what I see and hear about what is being done in Ukraine.

“This is not a war. It is the destruction of the Ukrainian people.”