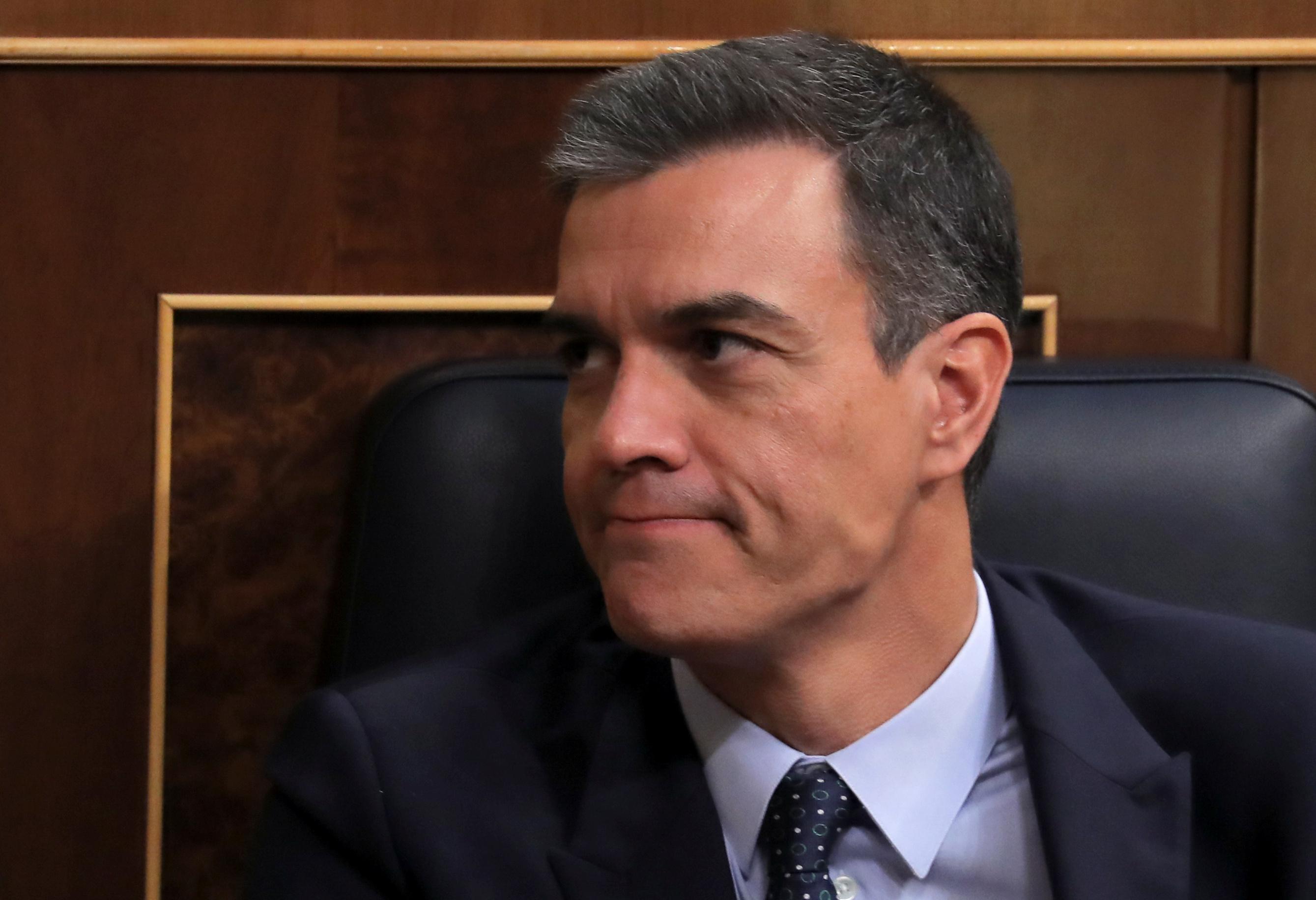 MADRID (Reuters) – Tension rose between acting Prime Minister Pedro Sanchez’s Socialists and far-left Podemos late on Wednesday, with one side saying Podemos’s demands were unacceptable and the other seeing no coalition deal before a vote in parliament on Thursday.

Sanchez, who won the most seats in an April parliamentary election but fell short of a majority, needs the support of Podemos, as well as the abstention or support of at least one other smaller party to be confirmed as prime minister.

If Sanchez is not voted in as prime minister on Thursday, new votes could be held in September. A senior source in Podemos told Reuters: “We’re going to September.”

If there is no government by late September, a repeat election would be held in November.

That scenario would in theory still give the two parties two months to negotiate a deal but earlier this month, the Socialists said they would give up trying to install Sanchez as prime minister if he fails to win the confirmation vote in July.

Two government sources told Reuters that Podemos’ demands were “unacceptable,” pointing to a series of high-level cabinet positions demanded by the party in exchange for its support.

But while El Pais daily newspaper wrote on its website that the government considered the talks had broken off, the government sources did not confirm that to Reuters.

One made clear the door was still open, saying, speaking of Podemos: “They must change their mind and hear reason.”

The vote is expected at around 1430 (1230 GMT) on Thursday and much can still change until then. The mood has changed several times over the past days, with the two parties seeming at times very close to a deal only to say they were close to breaking off soon after.