SEOUL, South Korea — North Korea test-fired a suspected long-range missile toward the sea Thursday, its neighbors’ militaries said. The launch, which extended North Korea’s barrage of weapons tests this year, came after the U.S. and South Korean militaries said the country was preparing a flight of its biggest-yet intercontinental ballistic missile.

South Korea’s Joint Chiefs of Staff didn’t immediately say whether the weapon involved in the launch was ballistic or how far it flew. But Japan’s Vice Defense Minister Makoto Oniki said the missile, which reached a maximum altitude of 6,000 kilometers (3,728 miles), was possibly a new type of ICBM.

Japan’s coast guard, which warned vessels in nearby waters about the potential for falling objects, said it believed the missile flew about an hour before landing in waters outside the country’s exclusive economic zone.

It was North Korea’s 12th round of weapons launches this year and came after it fired suspected artillery pieces into the sea on Sunday. Experts say the North’s unusually fast pace in testing activity underscores its dual goal of advancing its weaponry and applying pressure on Washington over a deepening freeze in nuclear negotiations.

The North has also tested a variety of new missiles, including a purported hypersonic weapon and its first launch since 2017 of an intermediate range missile potentially capable of reaching Guam, a key U.S. military hub in the Pacific. 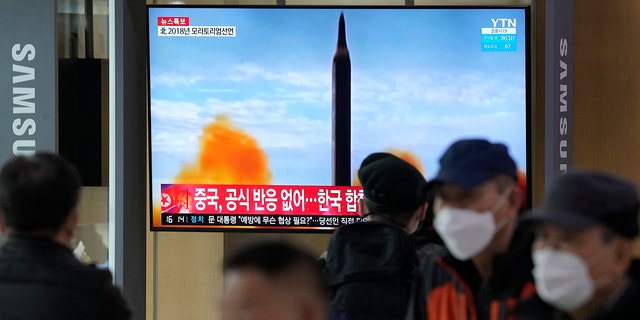 It also conducted two medium-range tests in recent weeks from Sunan, home to the country’s main airport, that the U.S. and South Korean militaries later assessed as involving components of the North’s largest ICBM. The allies then said the missile, which the North calls Hwasong-17, could be tested at full range soon.

Those tests followed another launch from Sunan last week that South Korea’s military assessed as a failure, saying the missile likely exploded shortly after liftoff. Details of the explosion and the possibility of civilian damage remain unknown.

North Korea’s official media insisted that the two successful tests were aimed at developing cameras and other systems for a spy satellite. Analysts say the North is clearly attempting to simultaneously resume ICBM testing and acquire some level of space-based reconnaissance capability under the pretense of a space launch to reduce international backlash to those moves. 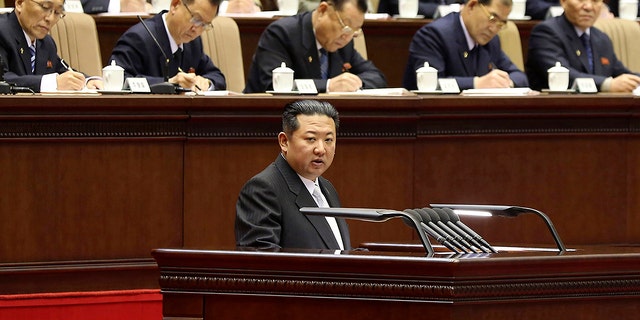 The launch may possibly come around a major political anniversary in April, the birthday of state founder Kim Il Sung, the late grandfather of current leader Kim Jong Un.

The North’s previous ICBMs demonstrated potential range to reach the American homeland during three flight tests in 2017. Its development of the larger Hwasong-17, which was first revealed in a military parade in October 2020, possibly indicates an aim to arm it with multiple warheads to overwhelm missile defenses, experts say.

North Korea’s slew of weapons tests this year, which comes amid a prolonged stalemate in diplomacy, reflects a determination to cement its status as a nuclear and badly needed economic concessions from Washington and other rivals from a position of strength, analysts say.