A northern beaches financial adviser could be jailed or hit with significant fines after he was caught embezzling $2.9 million from 13 clients' superannuation and investment funds.

Ross Hopkins, the Seaforth-based owner of fund manager QWL, has pleaded guilty to 15 dishonest conduct offences for misappropriating the funds in 167 unauthorised transfers from clients' accounts between October 2016 and October 2019. 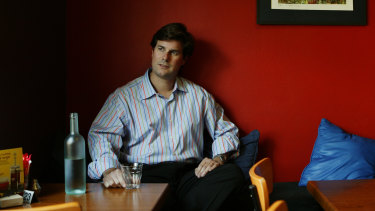 Following an investigation by the Australian Securities and Investments Commission, prosecutors alleged Hopkins, 55, had transferred funds into personal accounts or accounts he controlled and used the money for his own benefit.

According to court documents obtained by The Sun-Herald, Hopkins, a financial adviser for 20 years, had longstanding relationships with many of his clients before taking them on.

Hopkins had clients set up share trading accounts to which he had access and the "authority to facilitate the buying and selling of financial products on the client's behalf at his own discretion".

Clients had negligible input or oversight over the transfers Hopkins was making and relied on him to manage their trading.

QWL, of which Hopkins was the only staff member, provided monthly investment reports and the unauthorised transactions would be given misleading labels to make them appear legitimate.

When questioned by clients, he said the funds had been invested in securities.

In a statement, ASIC said Hopkins made "false representations about the nature of the unauthorised transfers to conceal his dishonest conduct and avoid detection".

Hopkins transferred $479,000 from the account of one woman in 28 unauthorised transactions between October 2016 and May 2018. According to the court documents, as of November, none of the funds had been recovered.

Many of the clients affected held self-managed superannuation funds. 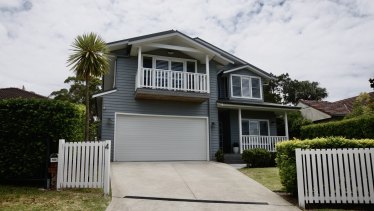 One client confronted Hopkins about suspicious transfers from his superannuation fund in November 2018 and demanded the money be repaid. Hopkins reimbursed the man in December by misappropriating funds from other clients.

Hopkins used this tactic a number of times, using a total of $265,000 in misappropriated funds to return the funds of suspicious clients.

The maximum penalty for an offence against relevant corporate law, committed prior to March 2019, is 10 years imprisonment or the larger of $810,000 and a fine of three times the value of the money misappropriated.

Under increased penalties for offences since March 2019, Hopkins faces jail time up to 15 years, a $9.9 million fine, or three times the money misappropriated.

The ASIC investigation stemmed from a referral by the Australian Financial Complaints Authority, with whom Hopkins had not cooperated in resolving complaints.

In November last year, ASIC obtained orders restraining Hopkins and QWL from dissipating or diminishing the value of their assets and providing financial services without prior approval. The orders have been extended and are in place until March 2021.

Following Hopkins' guilty plea at the Downing Centre Local Court on November 17, the matter has gone to the District Court for sentencing.

He was granted conditional bail and will briefly appear for a mention of the matter on December 18.

COLBY COVINGTON savaged Dustin Poirier with his prediction for UFC 257. Poirier takes on Conor McGregor on Fight Island in

COLBY COVINGTON savaged Dustin Poirier with his prediction for UFC 257. Poirier takes on Conor McGregor on Fight Island in