Home » ‘Not subordinate!’ Taiwan stands up to China as it vows never to surrender independence

In a speech at the “Global Taiwan National Affairs Symposium”, Lai Ching-te also said that his country was “not subordinate” to China and was committed to maintaining a “free and democratic” way of life. His comments are likely to infuriate the communist authorities in Beijing, who are adamant that Taiwan is a part of China and has no right to exist as an independent state. Mr Lai told his audience at the symposium organised by the political group Taiwan National Alliance: “It is an undebatable fact that Taiwan is not subordinate to China.

“No one but the 23 million people who live on this piece of land are entitled to the rights to decide the future of the nation.”

He added: “The two [nations] are not affiliated with each other.”

China has ratcheted up the pressure on its neighbour across the Taiwan Strait in recent months. 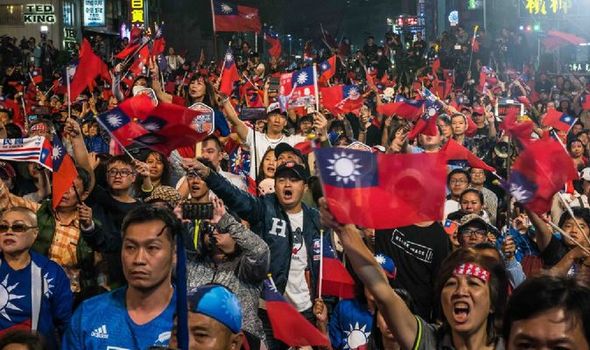 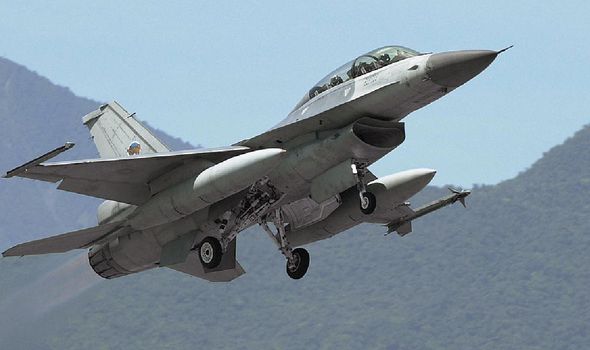 Its fighter jets have repeatedly violated Taiwan’s airspace, with at least 20 planes spotted on one sortie in March.

At the same time, various Chinese officials have made increasingly threatening remarks about Taiwan’s political status. 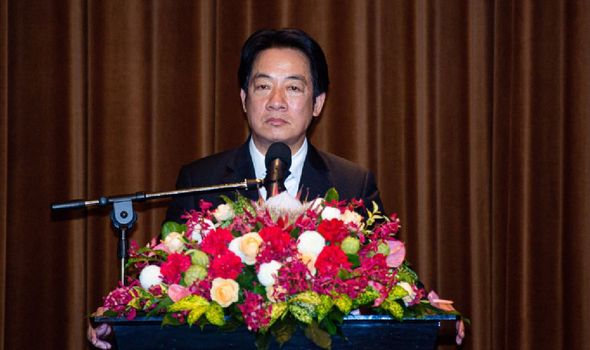 In an interview with the The Associated Press he reiterated that Beijing “will never allow Taiwan to be independent”, while claiming that national unification was an inevitable “historical process.”

A leading Chinese military analyst recently warned that Beijing could force unification with Taiwan as early as “tomorrow” if provoked. 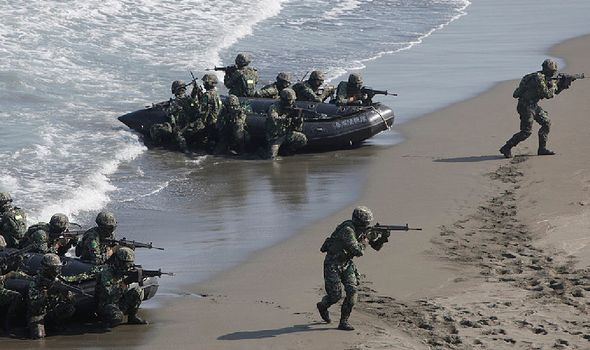 However, Wang Yunfei suggested that the most likely scenario is that Beijing will assert its control over the island state by 2049, to coincide with the 100th centenary of the founding of the People’s Republic.

He told Hong Kong’s Wen Wei Po, a pro-Beijing state-owned newspaper: “The Communist Party of China made a solemn pledge to the Chinese people and the world that it will realize the great rejuvenation of the Chinese nation before the end of the century.

“Any great rejuvenation can only happen with unification, so the deadline for this historical process cannot exceed the middle of this century.”