With the status of his visa and his participation at the Australian Open still in limbo, Novak Djokovic released a statement on Instagram Wednesday addressing his travel and COVID-19 status before arriving in Melbourne.

In it, Djokovic apologized for "human error" made by his agent in checking a box claiming that he hadn't traveled in the two weeks before his arrival in Australia. According to reports and social media posts, Djokovic traveled from his home country of Serbia to Spain in the timeframe, contradicting what he declared on an Australian immigration document.

"On the issue of my travel declaration, this was submitted by my support team on my behalf — as I told immigration officials on my arrival — and my agent sincerely apologizes for the administrative mistake in ticking the incorrect box about my previous travel before coming to Australia. This was a human error and certainly not deliberate.

"We are living in challenging times in a global pandemic and sometimes these mistakes can occur."

Per Reuters, providing false or misleading information on an immigration declaration is an offense carrying a maximum of 12 months in prison. It could also lead to one's visa being revoked. 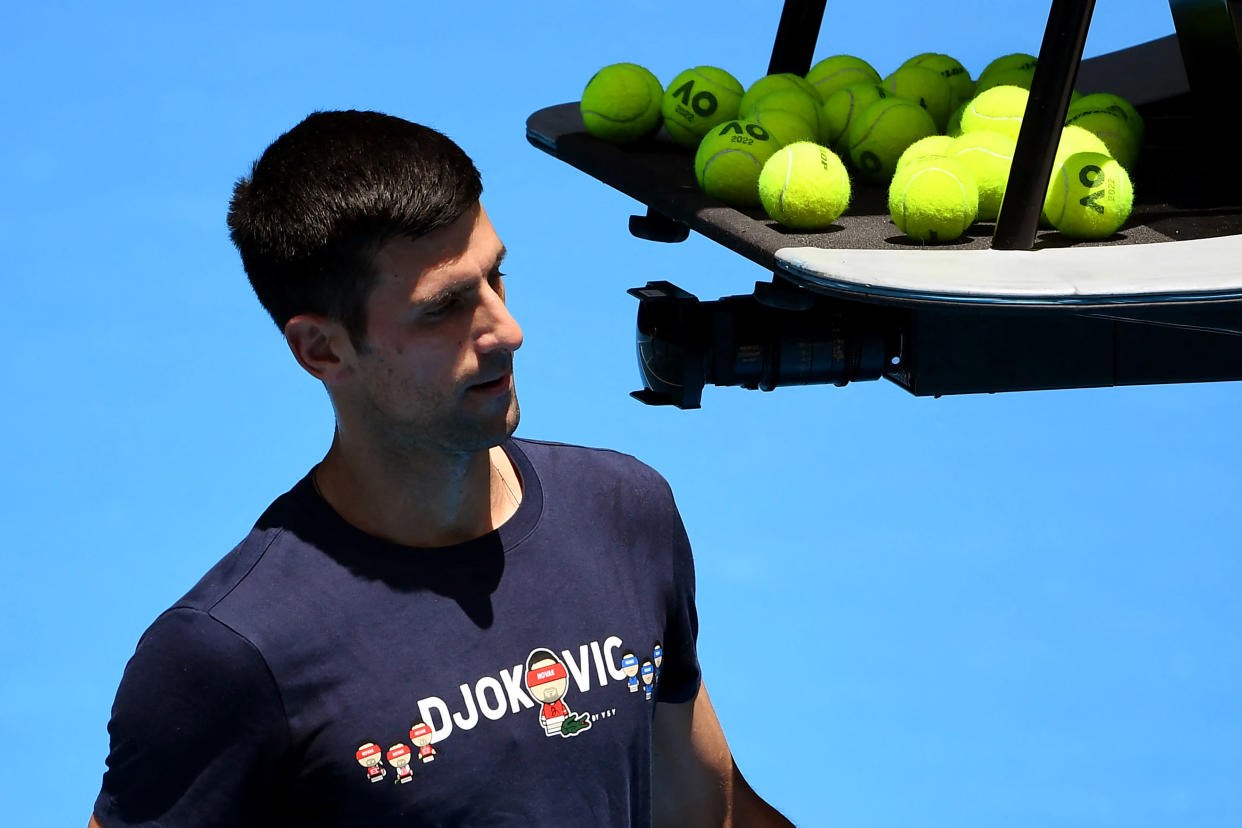 Djokovic allowed to remain in Australia for now

Djokovic arrived in Melbourne last Thursday to prepare for the Australian Open, having received a medical exemption to national laws requiring immigrants to be vaccinated against COVID-19. The Australian Border Force revoked his visa upon his arrival before a judge overturned the decision on Monday, allowing him to remain. In the interim it was revealed that Djokovic, who declared that he isn't vaccinated, had tested positive for COVID-19 in December, which he cited as the basis for his medical exemption request.

Djokovic was released from immigration quarantine after the judge's decision and has been practicing at the Melbourne Park tennis center since. Australia’s Immigration Minister Alex Hawke has the authority to again cancel Djokovic's visa and is still considering whether to do so. His office released a statement on Wednesday that it had received further documentation from Djokovic's lawyers.

"Mr Djokovic's lawyers have recently provided lengthy further submissions and supporting documentation said to be relevant to the possible cancellation of Mr Djokovic's visa," a spokesperson said. "Naturally, this will affect the timeframe for a decision."

In his statement on Wednesday, Djokovic also admitted to giving an in-person interview with French media on Dec. 18 while he knew he was infected with COVID-19. He also claimed a desire to clear up "continuing misinformation" around the subject.

“I was asymptomatic and felt good, and I had not received the notification of a positive PCR test result until after that event,” Djokovic wrote, referencing a tennis event in Belgrade. “The next day, on 18 December, I was at my tennis center in Belgrade to fulfill a long-standing commitment for a L’Equipe interview and photoshoot. I canceled all other events except for the L’Equipe interview.

“I felt obliged to go ahead and conduct the L’Equipe interview as I didn’t want to let the journalist down, but did ensure I socially distanced and wore a mask except when my photograph was being taken.

“While I went home after the interview to isolate for the required period, on reflection, this was an error of judgment and I accept that I should have rescheduled this commitment.”

The Australian Open starts on Jan. 17. Djokovic is the world's No. 1 ranked player and a nine-time Australian Open champion. He's tied with Rafael Nadal and Roger Federer with the most career men's grand slams victories at 20 and would hold the record on his own if he competes and wins the Australian Open.