Home » World News » NYPD cop uses duct tape and an empty bag of potato chips to save man, 29, who had been stabbed and was bleeding out

AN NYPD cop used duct tape and an empty bag of potato chips to save a man, 29, who had been stabbed and was bleeding out.

Bodycam footage released by the department shows officer Ronald Kennedy responding to reports of a stabbing in Harlem on July 7. 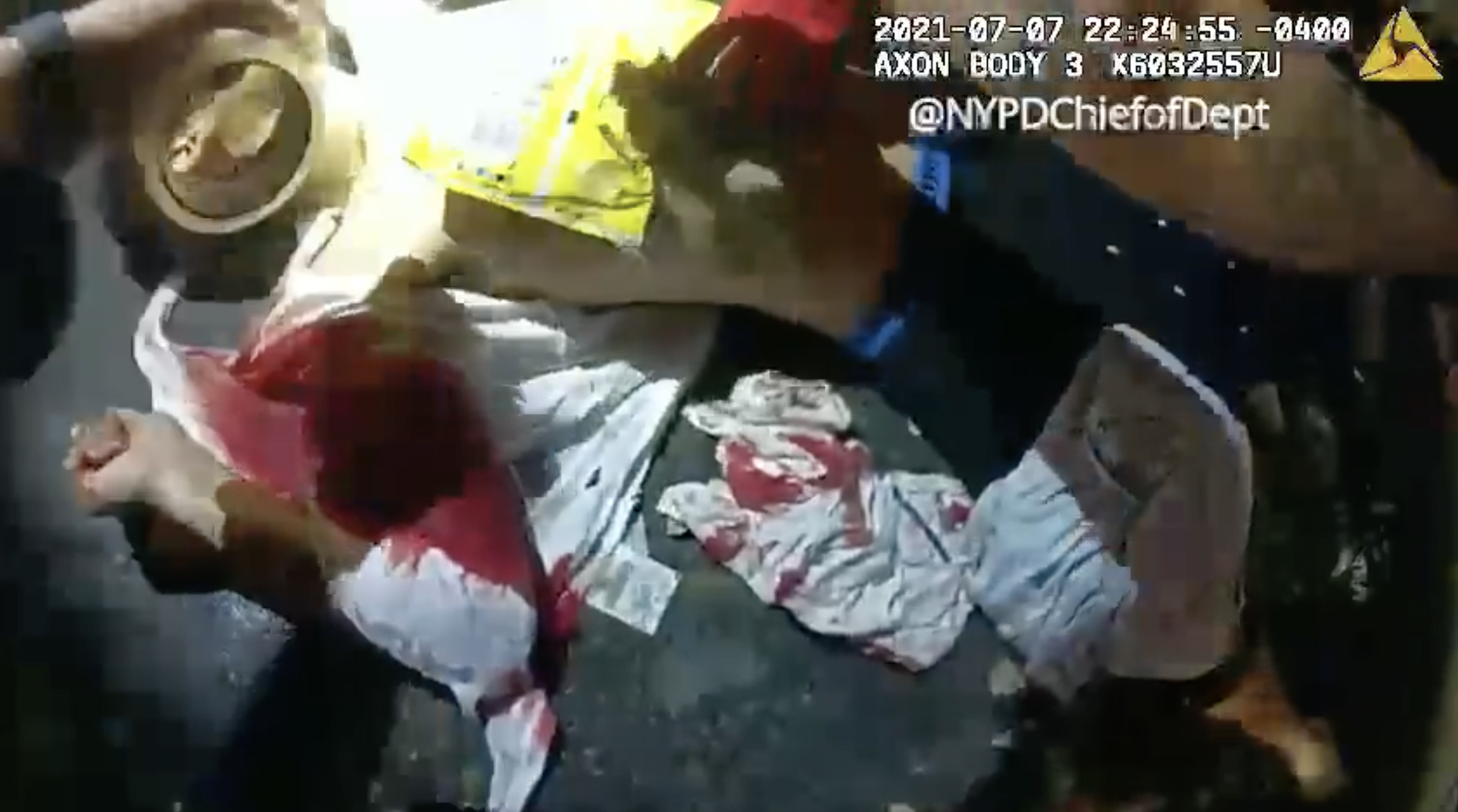 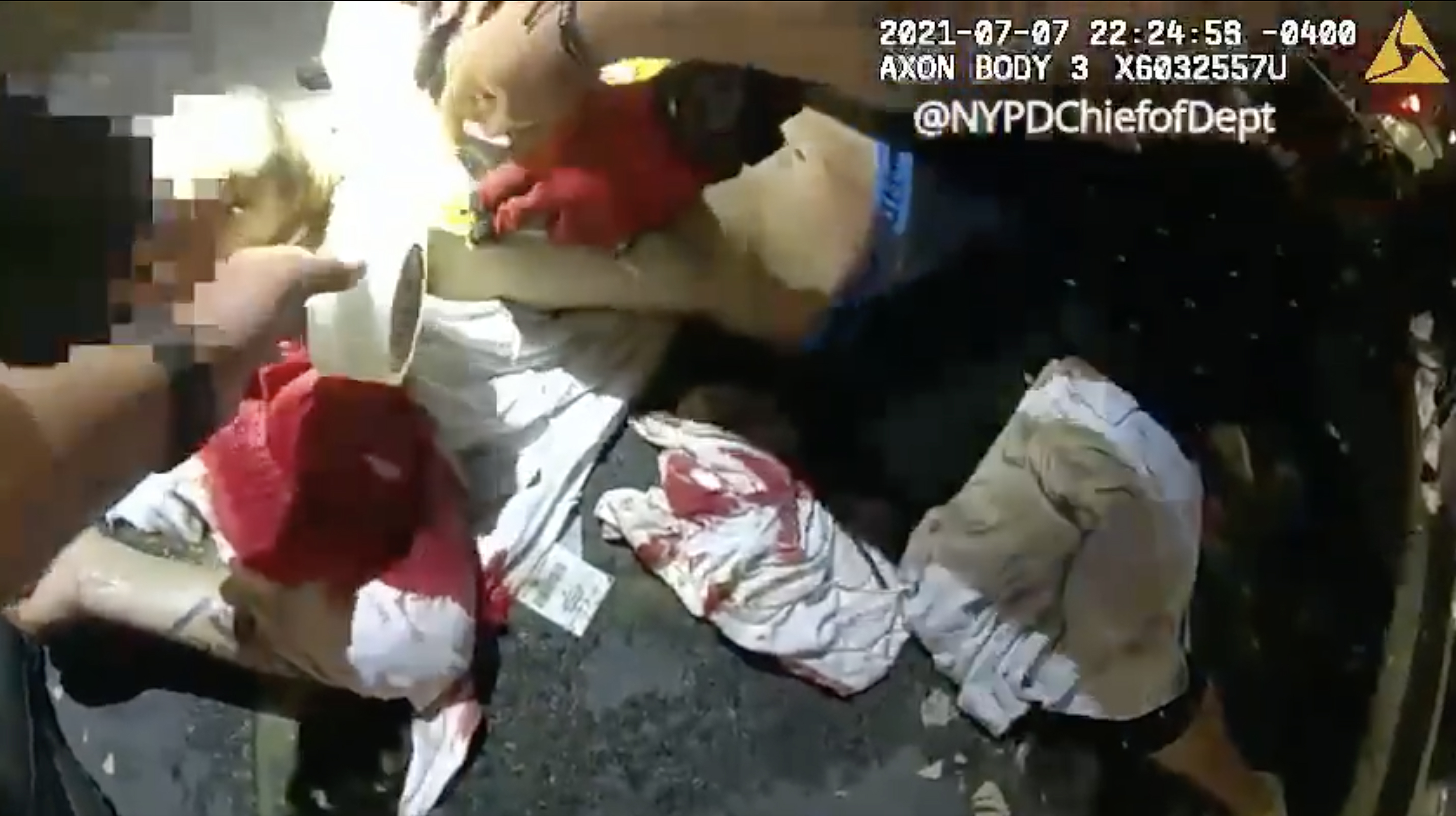 The quick-thinking New York City cop can be seen exiting his squad car and telling a bystander to go get him a bag of potato chips, as the victim says, "He caught me in the lung."

Kennedy can be heard trying to calm the victim as he bleeds through his shirt.

When the bystander comes back with the chips, Kennedy empties the bag and then asks the person to go grab some duct tape from inside a nearby store.

The officer then enlists other bystanders to help him lay the victim down on the ground before taping the bag of chips to his chest.

"Stay with me, stay with me," the officer can be heard telling the victim as he lays on the ground.

When other officers arrived to help with treatment, Kennedy said, "It's the best I could do with what I had."

And it worked. The NYPD said the attending physician at Harlem Hospital credited Kennedy's quick thinking with saving the man's life.

Once help arrived on the scene, another officer was able to remove the chips and apply an adhesive to the victim's chest before he was transported to the hospital.

"This is just one example of the heroic work that your NYPD officers do every day," NYPD Cheif of Department Rodney Harrison tweeted on Friday.

The stabbing comes as New York City is dealing with a steep increase in crime.

According to NYPC statistics, there have been 225 murders in the city so far in 2021 — a nearly 5 percent increase from the same point last year.