Joshua and Usyk hold a press conference ahead of rematch

Oleksandr Usyk and Anthony Joshua are due to go head-to-head for the second time on Saturday night in Jeddah, Saudi Arabia. Joshua is hoping to beat the Ukrainian heavyweight boxer following last year’s loss in Tottenham. On Friday, August 19, Joshua weighed in heavier than his counterpart at 244.5lbs, with Usyk weighing 221.5lbs. However, Usyk also had a weight disadvantage last year – as he was more than one stone less than the 32-year-old Briton.

The cruiserweight champion lives in Kyiv with his three children and two days after the invasion, Usyk personally called on Putin to halt his attacks on the country.

In a statement posted on Instagram, he addressed the people of Russia and the President.

He begged the Russians to stop their children from setting out to Ukraine and fighting, and told Putin he had the power to stop the war.

He said: “Please just sit down and negotiate it with us without claims.” 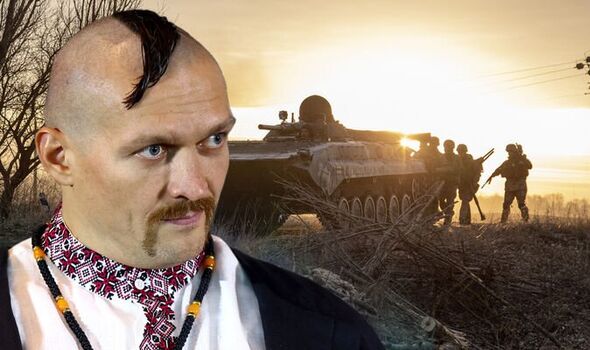 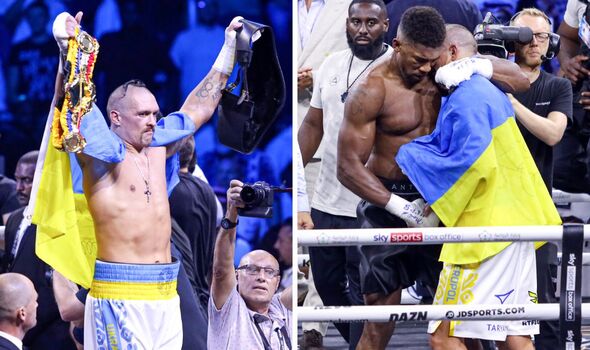 Another Ukrainian boxer, Vasiliy Lomachenko, joined Usyk on the front line to defend their country.

Usyk lost ten pounds over the course of the first month of the war due to the stress and anxiety it caused.

It was the courage of these two internationally recognised boxers that led one captured Russian soldier to question his support of Putin.

The prisoner of war said he realised Putin’s invasion was “100 percent wrong” when he saw Usyk and Lomachenko take up arms themselves against the Russian President’s forces. 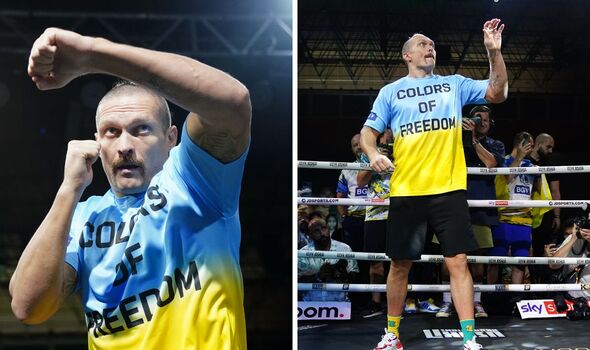 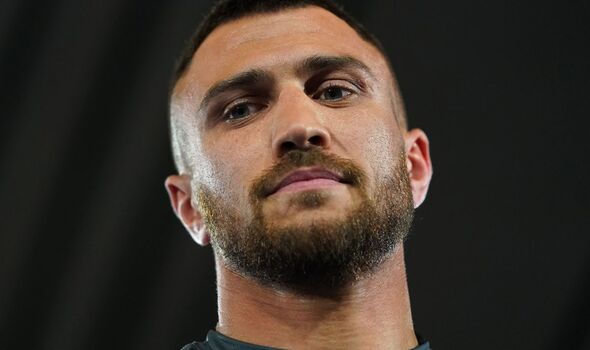 In a video released by Ukrainian officials, the soldier explained how state media had portrayed Ukraine as in need of rescuing.

The clearly affected soldier explained that he had been brainwashed into believing Ukraine was under the grip of nationalists and “Nazis”.

He said: “Literally I’m 100 percent wrong now. Don’t judge too harshly. We were told Ukraine is dominated by fascists… Nazis had seized power. We did not know the situation for sure.

“When we entered this territory I watched the address of your boxers (Olexander Usyk and Vasily Lomachenko). Back home I always loved watching them.

“They said, ‘We didn’t call you here’. I feel shame that we came to this country.” 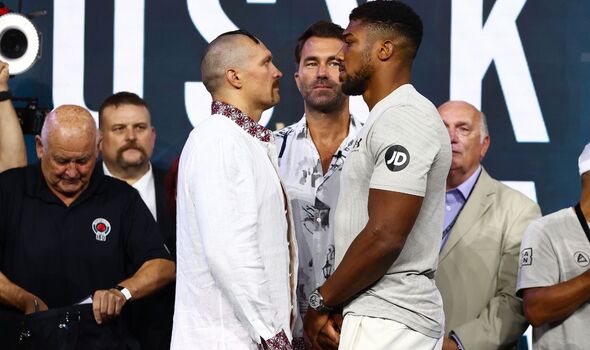 In April, Usyk was stripped of his Crimean honours after he joined the Ukrainian Territorial Defence Forces.

He previously held the title of “Honoured Worker of Physical Culture and Sports of the Autonomous Republic of Crimea”.

The 35-year-old left Ukraine in March in order to prepare for tomorrow’s hotly anticipated match against Joshua.

Usyk hopes to defend his IBF, WBA and WBO titles this Saturday.

The war in Ukraine has now raged on for six months with the United Nations estimating that at least 5,500 civilians have been killed.

The match will be available on Sky Sports through pay-per-view for £26.95.