U.S. economic output has contracted for the last two quarters, though a new report from economists at Bank of America (BofA) Global Research explains why this back-to-back drop in GDP is not going to lead to an official recession call anytime soon.

“A ‘technical recession’ is defined as two consecutive quarters of negative GDP growth,” the firm’s economists led by Michael Gapan said in a new report out Friday morning. “Although the economy now meets this criterion, we do not think the National Bureau of Economic Research (NBER) will conclude that the economy was in recession at any stage in 1H ’22.”

As readers have likely heard, however, the process for declaring the U.S. economy does not fall simply on GDP reports. Rather, the NBER defines recession as “a significant decline in economic activity that is spread across the economy and that lasts more than a few months.”

All of which have grown since the start of the year. 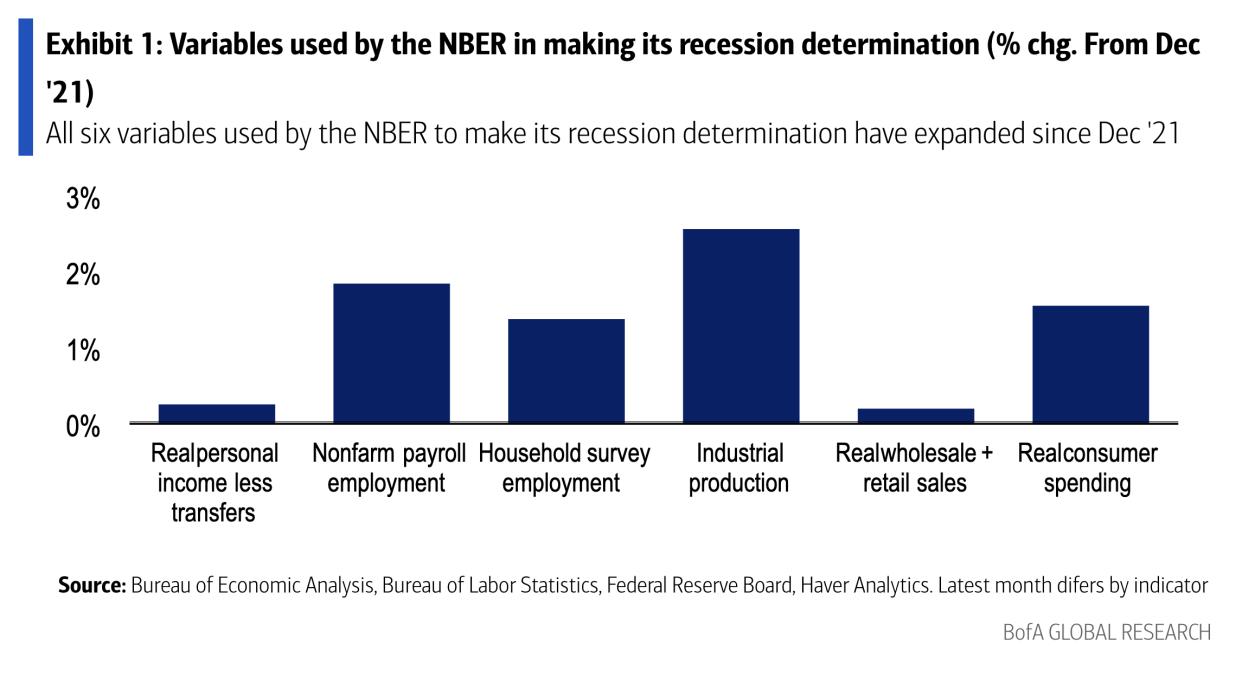 To be sure, recent data on economic output does indicate a loss of momentum.

And the absence of a formal recession call does not mean an absence of increased pressures for consumers and businesses, particularly as inflation erodes purchasing power.

“First, there is a clear loss of momentum in the economy,” BofA wrote. “Second, the consumer continues to rebalance spending on goods and services. Third, there remains tension in the data.”

Tension that is most succinctly captured by the continued surge in inflation and a continued rise in overall employment.

Policymakers and White House officials ranging from Fed Chair Jerome Powell to Biden economic advisor Jared Bernstein and Treasury Secretary Janet Yellen affirmed a view this week that the economy is not in recession, with these arguments hinging on the strength of the labor market.

Citing the 2.7 million jobs created in the first half of the year and a 3.6% unemployment rate, Powell told reporters on Wednesday: “It doesn’t make sense that the economy would be in recession with this kind of thing happening. So, I don’t think the U.S. economy’s in recession right now.” 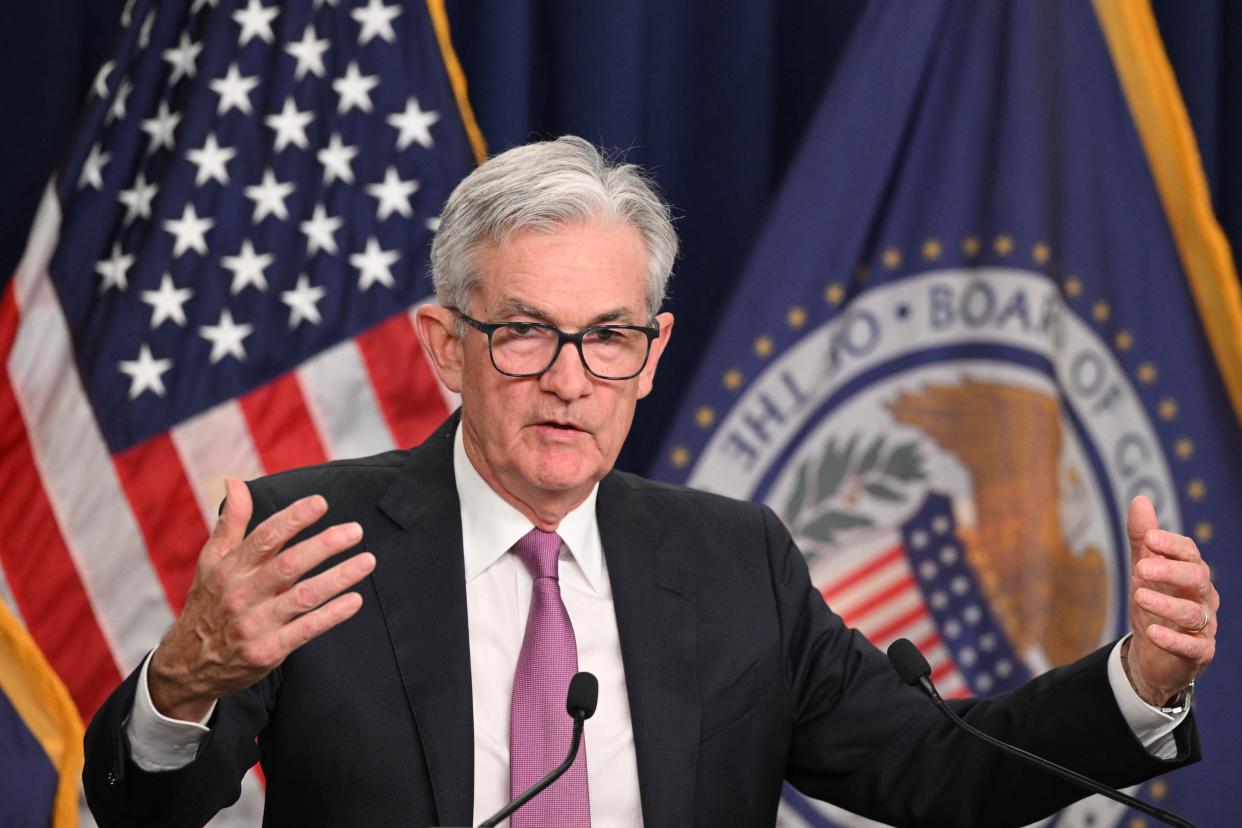 ‘It is undeniable that the economy is cooling’

All that said, the question arises: What drove the economy into two-straight quarters of negative growth?

BofA explained that the primary culprits weighing on GDP were a buildup of inventories (which subtract from the GDP calculation), a rise in exports as the dollar strengthened, and a slowdown in the housing markets.

“The 2Q decline was mainly driven by a [2 percentage point] drag from inventories and a [0.7 percentage point] drag from residential investment as surging mortgage rates and home prices weighed on housing demand,” Bank of America wrote. “A surge in exports, owing partially to a reopening-related increase in travel and education, and decent consumer spending were only able to partially offset these drags.”

The reaction we’ve seen from financial markets in recent days suggests investors see two possible futures for the U.S. economy and one likely path for monetary policy. Either a yet-to-be-officially-called recession will push the Fed to slow and then reverse interest rate hikes, or cooling inflation will lead to the same outcome for the Fed. 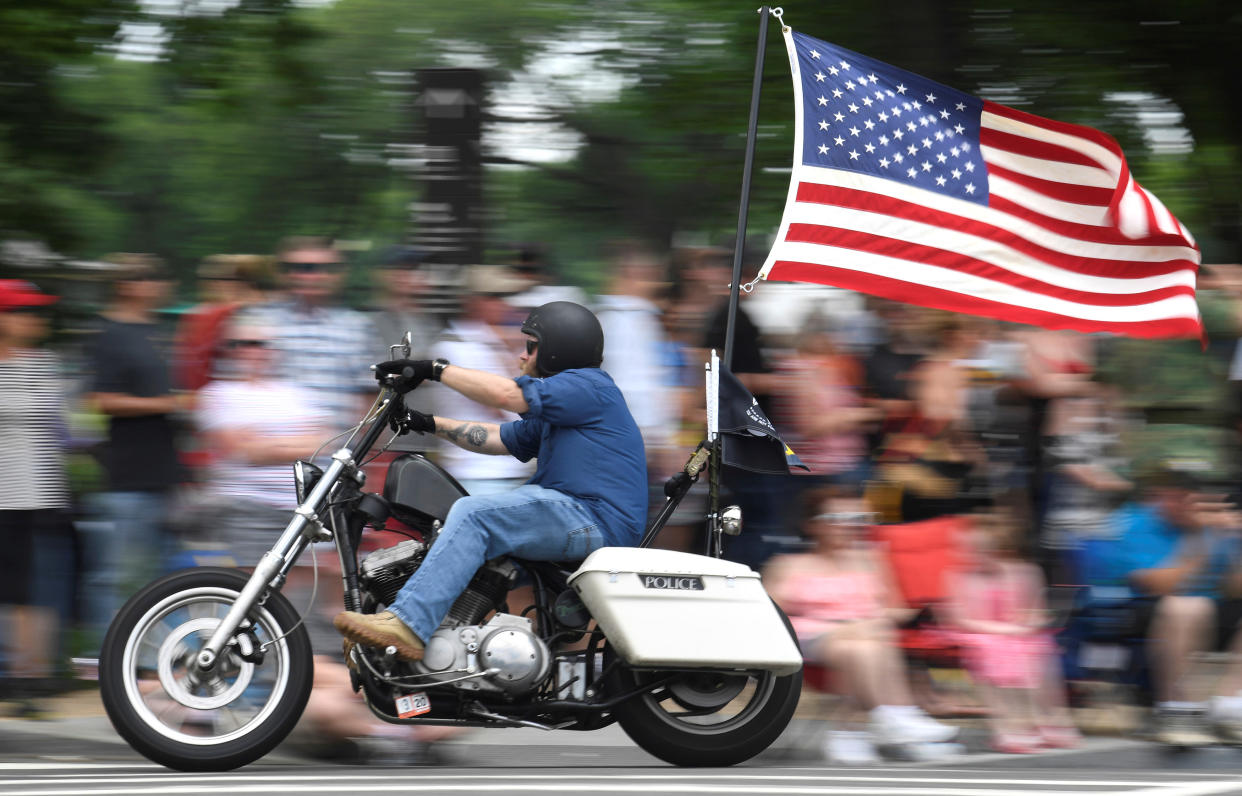 And while a recession call may not be currently warranted, many on Wall Street increasingly see a recession as likely in the coming quarters.

“Even if skeptics can be convinced that in this particular instance, back-to-back quarters of negative GDP growth does not constitute a recession, it is undeniable that the economy is cooling,” economists at Wells Fargo led by Jay Bryson said Thursday. “Based on the available data, we believe broad activity is not yet consistent with a contraction that is typically thought of as recession. We expect tight monetary policy alongside still-high inflation to tip the U.S. economy into a mild recession by Q1-2023.”

Read the latest financial and business news from Yahoo Finance

Download the Yahoo Finance app for Apple or Android