One in five Scotland Yard officers and staff are off sick or self-isolating due to coronavirus, claims union as police get new powers amid UK lockdown

Nearly one in five Scotland Yard officers and staff in London are said to be unavailable for work because of the coronavirus pandemic.

Some 19 per cent of police, civilian and community support officers have said they cannot work, being either off sick or self-isolating due to the outbreak.

The Metropolitan Police Federation claimed that as of yesterday, 2,100 of the Met’s 31,000 officers were off, including a high-ranking policeman. 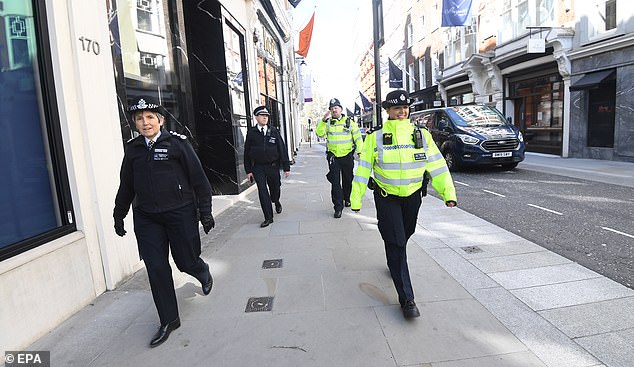 However there were no figures on absence available for civilian or community support officers, reported the Evening Standard.

Prime Minister Boris Johnson has said police would enforce tougher restrictions on movements and warned those ignoring them would be fined.

People flouting the new lockdown rules will be slapped with an initial £30 fine and could end up in court if they do not pay.

Officers will have powers to disperse gatherings under a ban on meetings of more than two people apart from those who live together. 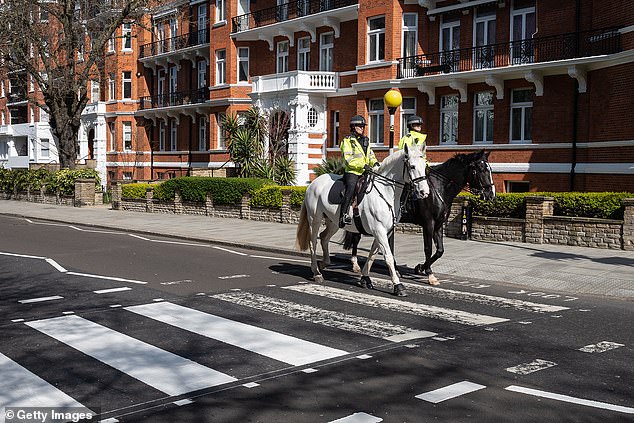 But Ken Marsh, chairman of the Metropolitan Police Federation, said the ‘large amounts of sickness’ among officers would make enforcement of this difficult.

He told Sky News: ‘It will be very, very challenging and very, very difficult for us with what’s put in front of us.

‘But we don’t actually know what is being put in front of us yet and we’re going to be asked to disperse crowds, it’s going to be a real, real challenge.

‘We will be dealing with it, but I’m not sure we will have the resources to be able to see it through.’ 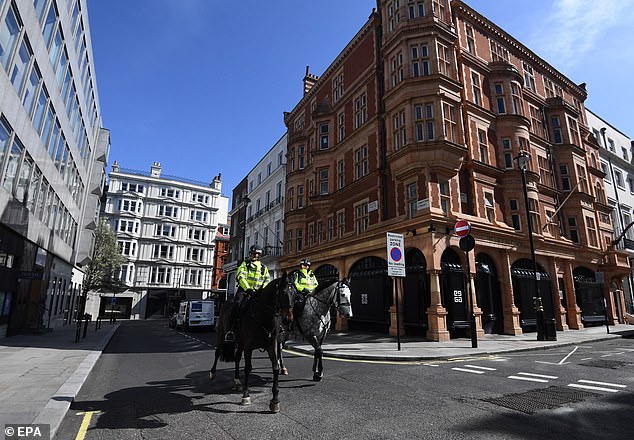 He said the Army could step in and support police if numbers fall due to illness or self-isolation. 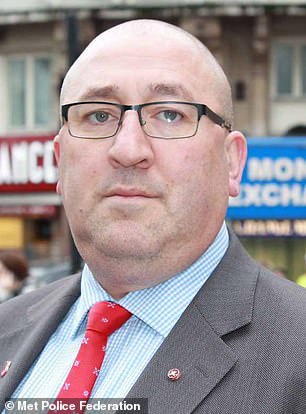 Police will have powers to disperse gatherings after Mr Johnson announced a ban on meetings of more than two people aside from those who live together.

Asked if major crime is no longer a priority, Mr Marsh said that although officers will police the same way ‘up to a certain degree’, the coronavirus crisis had ‘taken over everything’.

‘This is the biggest thing that’s ever happened in my lifetime and anyone’s lifetime, really, and we need to get on top of it,’ he told Sky News.

Regulations will be made by Thursday at the latest to allow police to issue fines under the 1984 Public Health (Control of Diseases) Act for England and Wales.

The emergency legislation going through the House of Commons will provide equivalent powers to Scotland and Northern Ireland.