Troops of the Grenadier and Scots Guards joined RAF Typhoons and HMS Forth to successfully retake occupied territory following hit-and- run attacks by “Argentine special forces” during the two-day exercise this month. Exercise Cape Bayonet saw soldiers and dogs carried to parts of the islands by RAF Chinook helicopters to seek out embedded defenders. 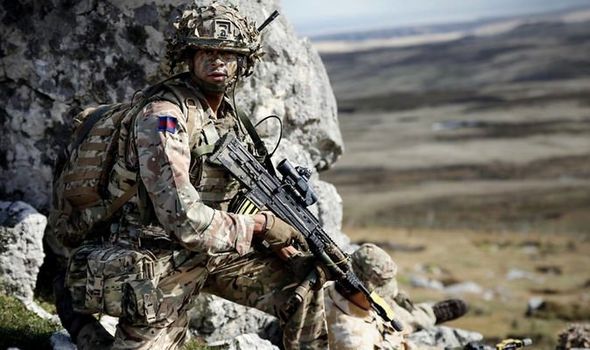 The large-scale exercise was intended to showcase how forces attached to the British Forces South Atlantic Islands – responsible for defending 800 British islands in the region – can integrate with the recently boosted Falkland Islands Defence Force.

This includes use of the new patrol vessel HMS Forth, which has a mess for 51 troops and can take another 50 soldiers or Royal Marines on camp beds.

A Whitehall source said: “We’ve had a plan to deal with a hit-and-run attack by a special forces unit of up to 100 soldiers for some time.” 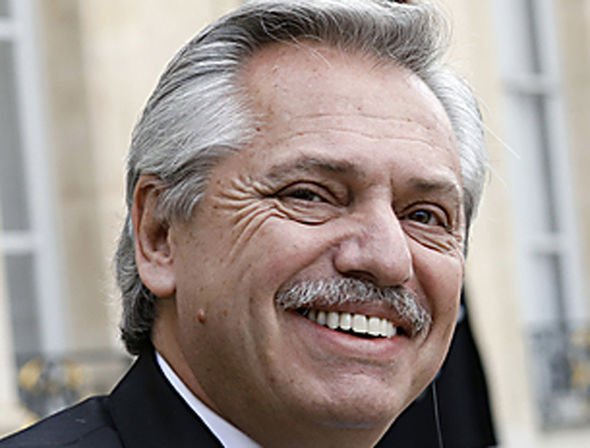 With inflation at 34 percent and a quarter of people using food banks, economic conditions in Argentina are as dire today as when General Galtieri ordered a military invasion of the islands in 1982.

But Buenos Aires has a different prize in mind – 60 billion barrels of oil estimated to lay in British waters.

The election of President Alberto Fernández in 2019 has led to a resurgence in territorial claims.

“With unrest likely in coming months, it is possible President Fernández might welcome the symbolic gesture a special forces raid would represent,” said Mr Crump.