Home » Over 20,000 children fell off the school register

Over 20,000 children fell off the school register by last autumn’s reopening and ‘out of sight’ of authorities in 38 per cent rise in number being taught at home

More than 75,000 children are being home schooled this year with over 20,000 children falling off the school roll amid the Covid pandemic.

An estimated 75,668 children and young people are being home educated across England, according to figures gathered on the first school census day of the 2020/21 academic year.

This represents an increase of some 38 per cent from the year before – with parents citing  ‘health concerns relating to Covid’ as the main reason for keeping their children at home.

But it comes amid fears that vulnerable children are falling through the gaps.

The chief inspector of schools in England, Amanda Spielman, said the figures were ‘concerning’. 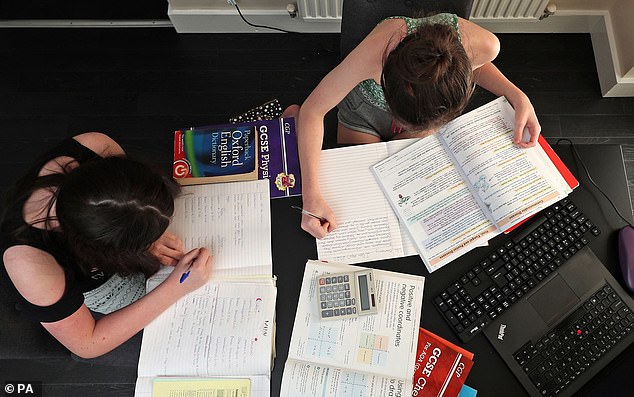 An estimated 75,668 children and young people are being home educated across England. Pictured, two sisters studying at home in Liverpool

According to a report by The Association of Directors of Children’s Services (ADCS), some 75,668 children and young people are being home educated across all 151 local authorities in England this year.

The ADCS estimates that a staggering 19,510 students were taken off the school roll in September alone.

The largest percentage increase since 2019 was in the early years (85%).

Local authorities were asked to select the top three reasons provided by parents or carers locally for choosing to home educate their children.

The most common reason given, ‘health concerns relating specifically to Covid-19’.

‘Philosophical or lifestyle choice’ was cited 77 times and ‘health/emotional health’ was the third most common reason provided by parents or carers, cited 54 times.

The largest reported cohort in a single local authority was 3,167 young people.

When schools were partially closed during the first national lockdown in March, the number of formal requests made to home educate was significantly lower – with some 5,678 children electively home educated from 23 March to 31 August (an estimated national figure of 6,646).

During this period, the majority of children were being educated at home while remaining on a school roll and receiving support and learning materials from their school.

But this figure has risen significantly since schools fully re-opened in September. 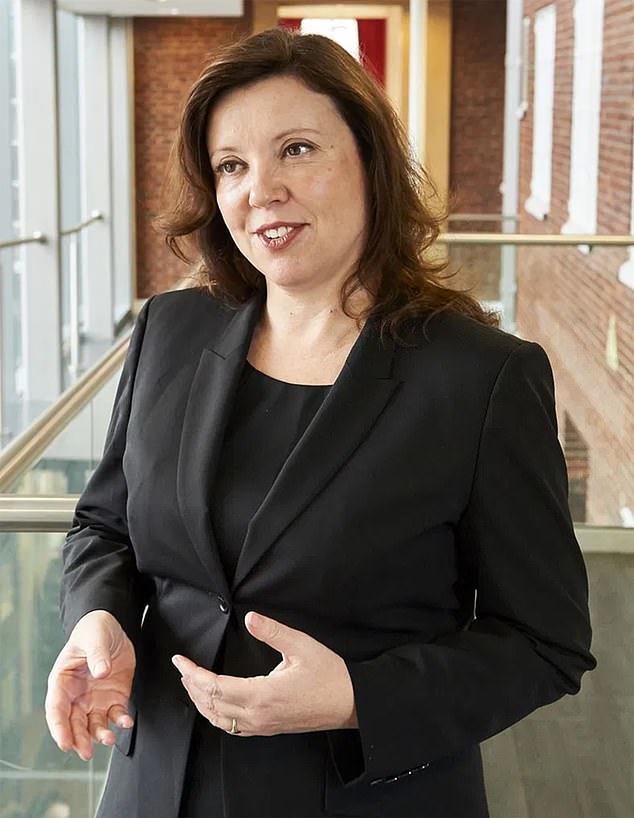 A spokesman for the ADCS said: ‘For some, the experience of lockdown was a positive one and, with more families working from home, they wish to continue educating their children.

‘Parents are anxious about the health and safety of their children at school and opting to home educate to avoid challenge over non-attendance.

‘Parents routinely state that their children would be in school if it were not for Covid-19 and that they plan for their children to return ‘when it’s all over’.’

The report noted that some local authorities have the equivalent of an entire primary school being home educated.

Amanda Spielman, chief inspector of schools in England, said: ‘These figures are concerning.

‘Although home education is a positive choice for some families, not everyone is equipped to teach their child well at home, and the decision should never be taken lightly.

‘There are also a minority of children who may be at risk, out of sight of the authorities.

‘Schools have worked hard to open safely, and the best place for children to be is undoubtedly in the classroom.

‘Too many teaching hours have been lost to this virus – it’s important that we minimise disruption to children’s education as much as possible.’

New children’s commissioner Dame Rachel de Souza said the pandemic has had a ‘profound impact’ on young people and said she wants to ‘rebuild childhood’ in the wake of the Covid crisis.

A study from NHS Digital shows that one in six children in England aged five to 16 reporting having a probable mental health disorder in 2020, up from one in nine in 2017. 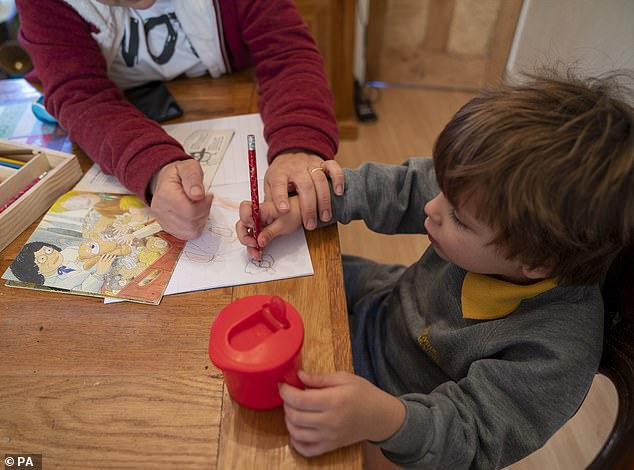 More than 75,000 children are being home schooled this year with over 20,000 children falling off the school roll amid the Covid pandemic (file photo)

Last month, the children’s commissioner for England launchd a ‘once-in-a-generation’ review to reach every child and identify any barriers preventing them from reaching their full potential amid the pandemic.

Dame Rachel called on the Prime Minister to ensure that childhood is ‘right at the top’ of the Government’s agenda.

She told BBC Radio 4’s Today programme: ‘I think the pandemic has had a profound impact on children and young people’s lives, on many of them, on their education, on the time they spend with friends and family, on their mental health.

‘There are some real worries…particularly for the most vulnerable children.’