Some of the most popular 1980s babies names including Craig, Gemma and Jodie look set for extinction as parents turn to ‘rare’ alternatives such as the Game of Thrones-inspired Khaleesi.

Despite the resurgence of Craig David’s career, it seems the name which has become synonymous with the singer, is not set to make the same comeback.

Craig is one of several post-war boom names that looks close to dropping off the radar altogether – with the number of newborns named Craig dropping from a hefty 705 in 1996 to just 25 little ones in 2017. 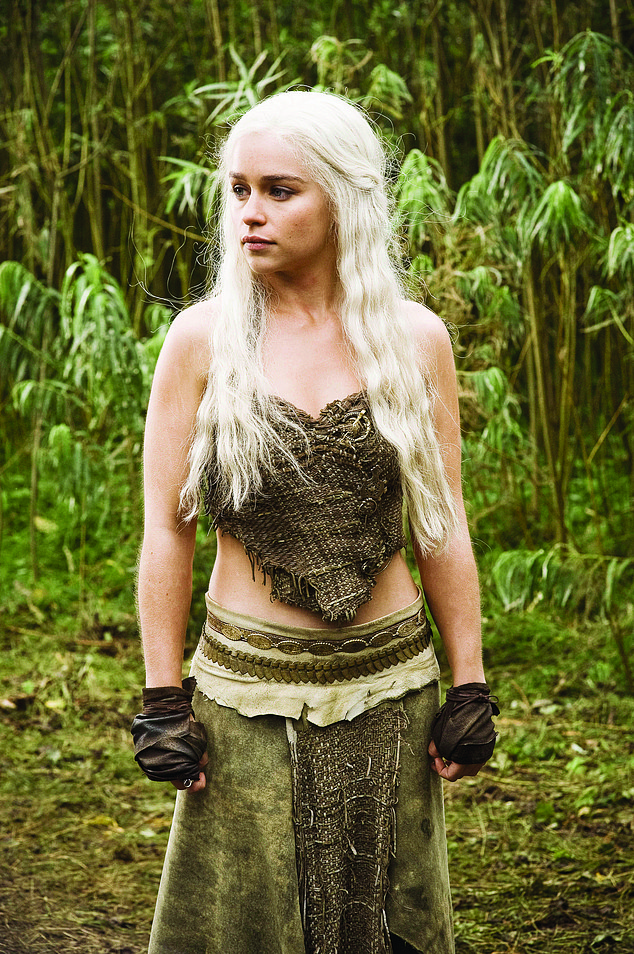 Game of Thrones character Daenerys Targaryen, who also uses the title Khaleesi, inspired 69 babies in her name in 2016

Other names on the endangered list include Jodie, Gemma, who have seen a staggering fall in popularity from over 1000 of each being named in 1996 to only 20 of each in 2017.

Jaxon is the fastest rising boys’ name, as popular as Mark was in 1996 and Aria is said to be the new Hayley of the modern day, which was massively popular 23 years ago with over 1000 named.

Lee, Ross and Shaun are also names predicted to be wiped out as parents opt for newer, less traditional names, such as Luna, Ivy and Game of Thrones-inspired Khaleesi – with 69 Khaleesis named in 2016.

Other increasingly popular names include Ameerah, Aasiyah and Imaan for girls and Musa, Dawud and Zayn for boys – reflecting the UK’s Muslim population growth, reports The Guardian.

However there is not always rhyme or reason to the fashions as seen with the name Lettice, which popped up in 2014 with three babies named  – only to disappear again.

Despite the resurgence of Craig David’s (right) career, it seems the name hasn’t made a comeback. Gemma has also seen a staggering fall with only 20 named in 2017. Pictured: Gemma Arterton (left)