Allies of Penny Mordaunt today lashed out at ‘hostile’ briefings against the international trade minister as she was knocked out the Tory leadership contest.

Ms Mordaunt dropped out the battle to replace Boris Johnson this afternoon after coming third in the final round of voting among Tory MPs.

She garnered the votes of 105 MPs, but was beaten by both Foreign Secretary Liz Truss (113 votes) and ex-Chancellor Rishi Sunak (137 votes).

Both Ms Truss and Mr Sunak will now go forward to a head-to-head vote among the wider Conservative Party membership.

Meanwhile, supporters of Ms Mordaunt were left reflecting on a bruising campaign following what one ally branded the ‘dirtiest’ Tory leadership contest they’d ever seen.

A Whitehall investigation has been launched into allegations that material was leaked from within the civil service to supposedly damage Ms Mordaunt.

The past fortnight has seen the Portsmouth North MP depicted as ‘woke’ by critics for her stance on transgender issues.

And those in rival camps have publicly questioned her work ethic as a Government minister, which saw her dubbed ‘part-time Penny’ as the Tory contest unfolded.

She was accused of having ignored her ministerial duties – leaving other ministers to ‘pick up the pieces’ –  while she concentrated on her leadership bid over the last few months.

Even Ms Mordaunt’s boss, Internationational Trade Secretary Anne-Marie Trevelyan, moaned about how the Tory contender had ‘not been available’ at various times. 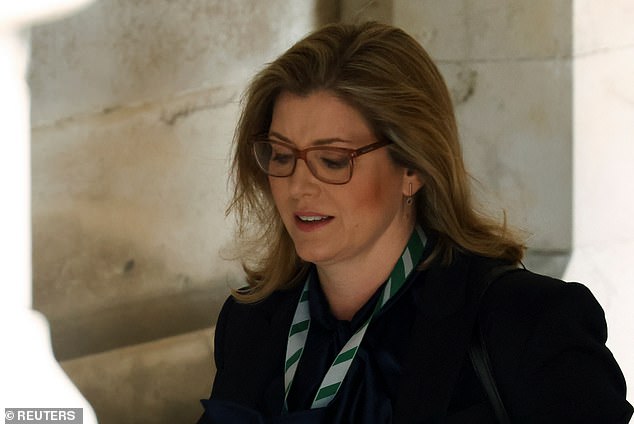 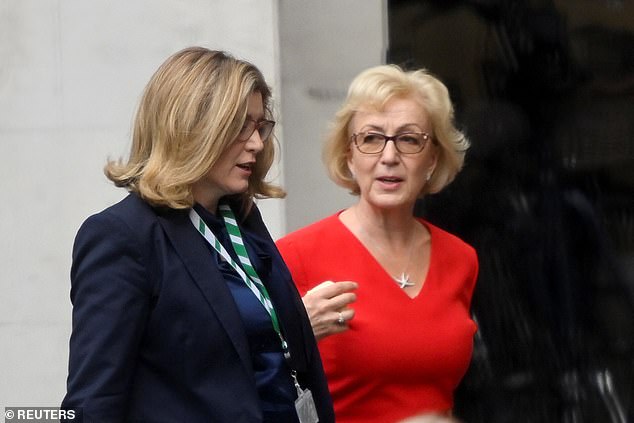 The international trade minister, pictured with her campaign manager Andrea Leadsom, was beaten by both Foreign Secretary Liz Truss and ex-Chancellor Rishi Sunak 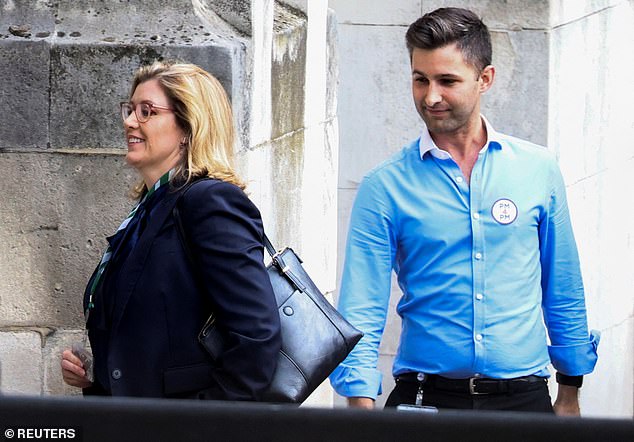 After Ms Mordaunt was knocked out the leadership race, senior Conservative backbencher Sir Charles Walker hit out at the ‘hostile and unpleasant’ attacks.

Admitting he was ‘absolutely gutted’ by Ms Mordaunt’s defeat, he told the BBC:  ‘She was subject to some really hostile and unpleasant briefing – way over the top.

‘She met that with a smile and good grace. I’m disappointed but not surprised that some of my colleagues and some in the media chose to behave in that way. That’s modern politics.’

Sir Charles suggested Ms Mordaunt had become the victim of vociferous attacks as she was the surprise candidate in the Tory contest.

He added: ‘She hadn’t figured in many of my colleagues plans and therefore they were frightened they might not figure in her plans.

‘If she won, maybe they wouldn’t get the job they were looking for, or the preferment, or the ministerial position.

‘That’s politics – people thinking often, not always, but often about which of the candidates will be best for my career.’

‘The truth is we are selecting the next Prime Minister of the UK,’ he told LBC radio last night.

‘That ought to be done on rationality and democracy, not on dirty tricks.’

Mr Davis wrote to Cabinet Secretary Simon Case over the weekend to raise his concerns that information had been leaked to damage Ms Mordaunt’s campaign.

Mr Case, the most senior civil servant in the country, today confirmed that an inquiry has been launched into allegations of leaking.

In reply to Mr Davis, the Cabinet Secretary wrote: ‘Unauthorised disclosure of Government information to the media is clearly inappropriate.’

Lichfield MP Michael Fabricant said he was sad Ms Mordaunt had not made it onto the final Tory leadership ballot, and announced he was now backing Ms Truss.

He posted on Twitter: ‘It was close. I’m sad Penny didn’t make it. I now back Liz Truss. She stayed loyal to the end and didn’t plot and scheme against #Boris.’

In a statement after her elimination from the leadership contest, Ms Mordaunt congratulated Mr Sunak and Ms Truss.

‘I pay tribute to anyone who puts themselves forward for such a demanding role,’ she said.

‘Politics isn’t easy. It can be a divisive and difficult place. We must all now work together to unify our party and focus on the job that needs to be done.

‘I am a One Nation, proud Brexiteer. My campaign put forward a positive vision for the country I love so much, remembering who we are here to serve.

‘Our mission is not only to deliver on what we promised but to win the fight against Labour at the next general election. I hope to play my part in both.’