VUCJAK, Bosnia (Reuters) – Hundreds of migrants and refugees stuck in a makeshift camp in a Bosnian forest are struggling to survive in subzero temperatures as snow weighs down on their tents, spurring fears that some may die unless they are resettled soon. 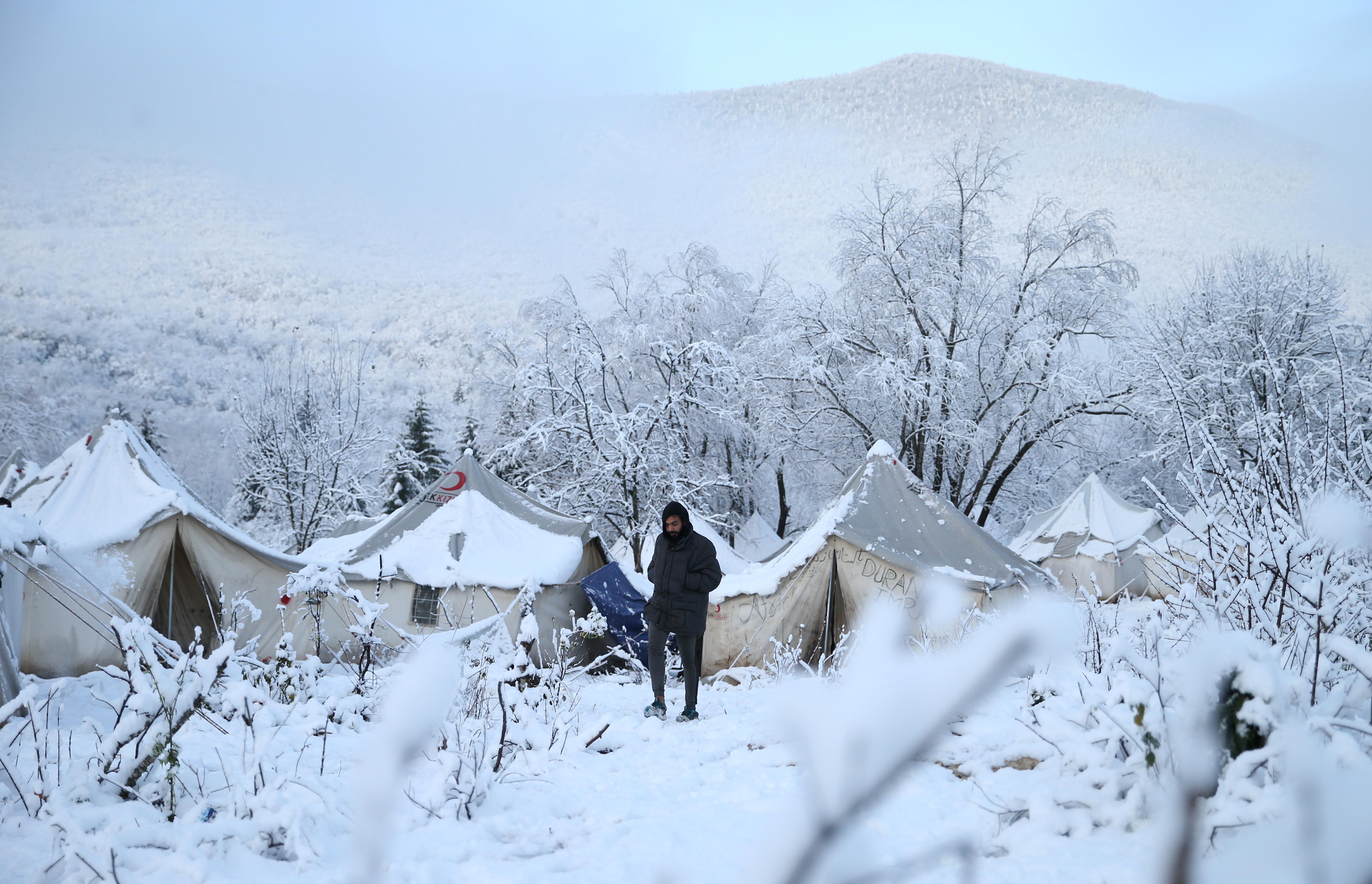 A senior human rights envoy who visited the camp on Tuesday demanded its immediate closure, though a Bosnian government minister said it could take up to a month to move the refugees to a more secure location.

Mauloddin is among some 600 migrants from the Middle East and Asia stuck in the camp at Vucjak, a former landfill site about 8 km (5 miles) from the Croatian border, because Bosnian authorities cannot agree on where to settle them.

Bosnia is struggling to deal with an upsurge in migrant numbers since Croatia, Hungary and Slovenia closed their borders against undocumented immigration. The migrants hope to get to wealthy western Europe and find work there.

Some lacked warm clothes and were wrapped in blankets, some traipsed through the snow and mud in flip-flops to collect firewood. One man brushed snow from the roof of his tent to prevent it collapsing.

“Vucjak must be shut down today,” said Dunja Mijatovic, commissioner for human rights at the Council of Europe. “Otherwise the people here will start dying.”

Mijatovic added that as a Bosnian citizen whose country generated its own stream of refugees during the wars that tore apart Yugoslavia in the 1990s she was “ashamed” of the conditions in the camp, saying they were “not for human beings”.

Aid agencies have long urged the authorities to close the camp, which lacks running water and electricity. The forest is strewn with landmines left over from the wars of the 1990s. [L8N27G8O3]

“THEY STRIKE US, THEY HIT US”

Security Minister Dragan Mektic said on Tuesday the migrants would be moved to a location near the capital Sarajevo in the next month.

Until then, said Selam Midzic, head of the Red Cross from the nearby town of Bihac, the migrants will have to endure the freezing cold and many will fall sick. The Red Cross is the only organization providing food and medicines to the migrants.

Commenting on their plight, Rezwanullay Niazy, a 24-year-old Afghan, said: “We spent all our money… We came close to Europe, and now they closed the Croatian and Slovenian borders. When we go there they strike us, they hit us.”

Human rights groups have accused Croatian police of using violence to push the migrants back over the border into Bosnia, a charge denied by Croatian authorities.

“They (the Europeans) really don’t want refugees to come to their countries,” said Niazy.