Home » World News » Perth power costs will rise this winter. Is a battery for your solar panels worth it?

While eastern states consumers are suffering the most, West Australians can still expect to see the pain felt at the bowser and in supermarkets replicated in their energy bills this winter.

The state’s $400 electricity credit will enter accounts on July 1 for many households it won’t even cover a month of their winter energy use; Synergy prices will increase by 2.5 per cent on July 1 and fees and charges will also rise. 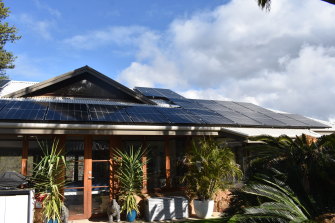 for most WA households, it doesn’t make economic sense to invest in a solar battery, but for Hills resident John Nossiter it’s a no-brainer. Credit:Sarah Brookes

Fledgling WA-based renewable energy company Plico said given feed-in tariffs (the money households receive for sending excess solar power to the grid) had declined to a dismal 2.75 cents/kWh, it made financial sense to use energy stored in your battery over pulling from the grid.

The Plico project was born from the Dunsborough Community Energy Project started in 2018 by a group of innovators frustrated by the lack of action on climate change.

The company installs fully serviced solar panels and battery inverter systems to households and businesses through a subscription arrangement.

Chief executive Robbie Campbell said with the largest increase in global energy prices since the 1973 oil crisis, it now made economic sense to install rooftop solar and battery systems.

He said the upfront costs of the transition were still a significant barrier to West Australian households.

Currently, about 30 per cent of WA homes had solar panels and this was expected to triple over the next decade.

But with 4500 applications for panels per month only seven per cent were battery-coupled, which he called “a worry”. 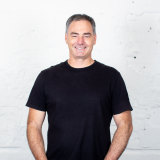 Robbie Campbell said trade restrictions caused by the pandemic and the war in Ukraine were affectingthe wholesale price of fossil fuels.Credit:Plico

“We live in the sunniest capital city in Australia,” he said. “With the Plico model, everyone can generate, store and access their own sustainable energy. You won’t have to worry if there is a blackout, or if the state government threaten to switch off panels because the grid can’t cope.”

But Solar Quotes founder Finn Peacock said batteries could not be justified from an economic perspective.

Predictions batteries would decrease in price had not eventuated.

“While solar battery prices remain so high they won’t pay for themselves within their warranty period.”

Finance expert Noel Whittaker said the maths did not work out in householders’ favour.

“Solar batteries make you feel better about the environment but the numbers don’t work,” he said.

“The cost of solar batteries are going up so until the price of electricity goes up further and batteries come down in price it won’t save you money on power bills.”

There are exceptions, however. John Nossiter, his wife and three young children recently moved to a four-acre property in the Perth Hills and solar with battery made sense.

He said theirs was a high-energy-consumption household with machinery, powered sheds, two hot water systems, two air-conditioners and eight refrigerators.

“When there is a bushfire, the power is often the first thing that goes and if you want to stay and defend it’s incredibly important to have a source of power,” he said.

Additionally, the area is prone to power outages at night so keeping the family comfortable and ensuring the lights stayed on for his children’s needs was also a big driver.

Nossiter said since installing his system his electricity bill had dropped from around $1200 in peak summer to around $400.

Solar specialist with consumer advocacy group Choice Chris Barnes said higher electricity prices made batteries more attractive, particularly for households that used most of their energy in the evening.

“Solar panels are a no-brainer if you have a good roof for it and the money to invest,” he said.

“We will get to the point soon where batteries will come down in price and be a more economically viable option.”

“The coal-fired power stations are clapped out, they are really old which means they are expensive to maintain and unreliable,” he said.

“Building new solar and wind farms is far cheaper, especially in the current climate with the cost of coal and gas rising by a staggering 700 per cent.

“Renewables is a transition we need to make urgently, for the sake of our planet and the economy.”