Unite activist Lisa Forbes was elected with a tiny majority over Mike Greene in a chilling warning of how Jeremy Corbyn could make it to No10 by splitting the vote. 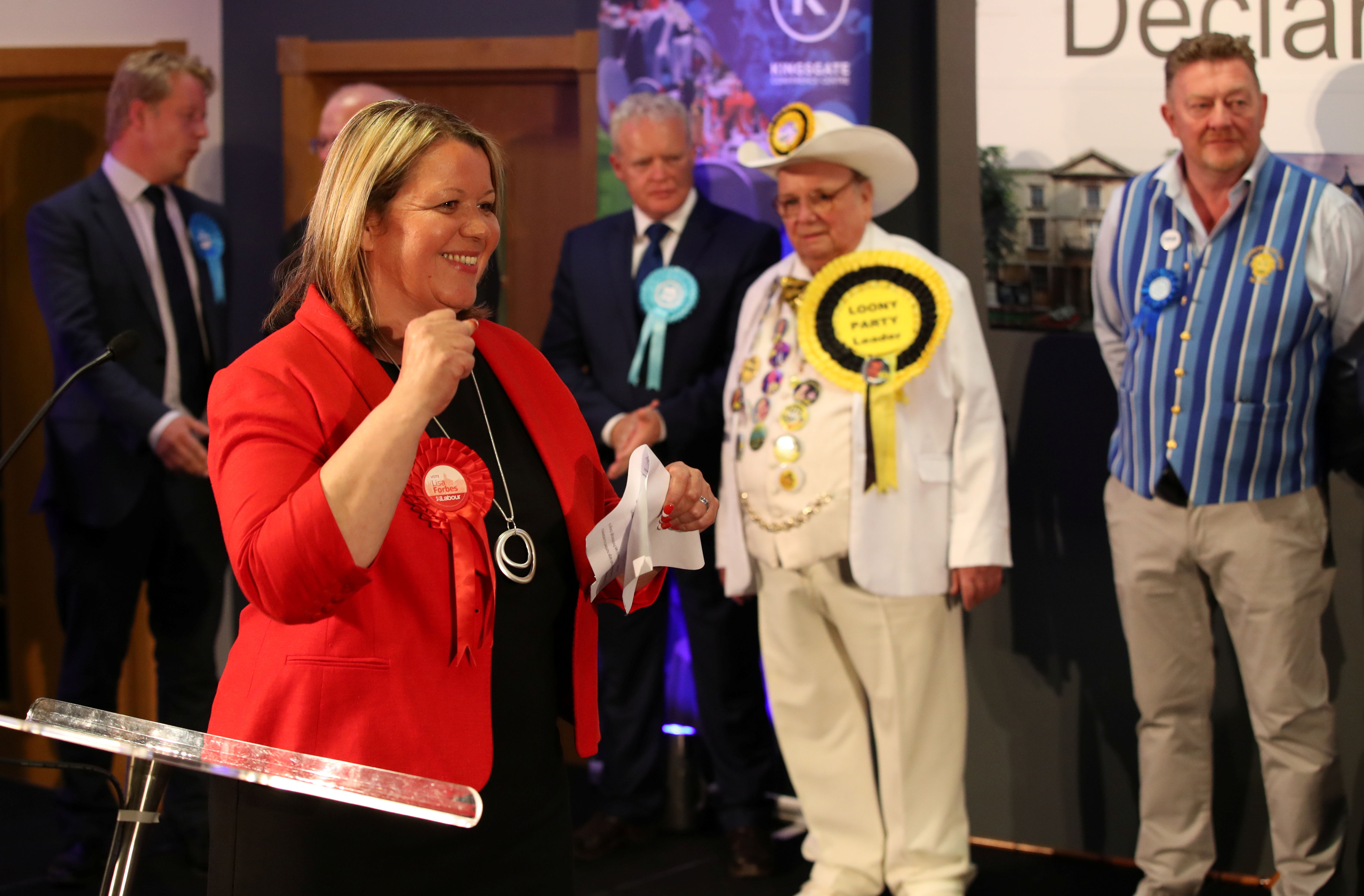 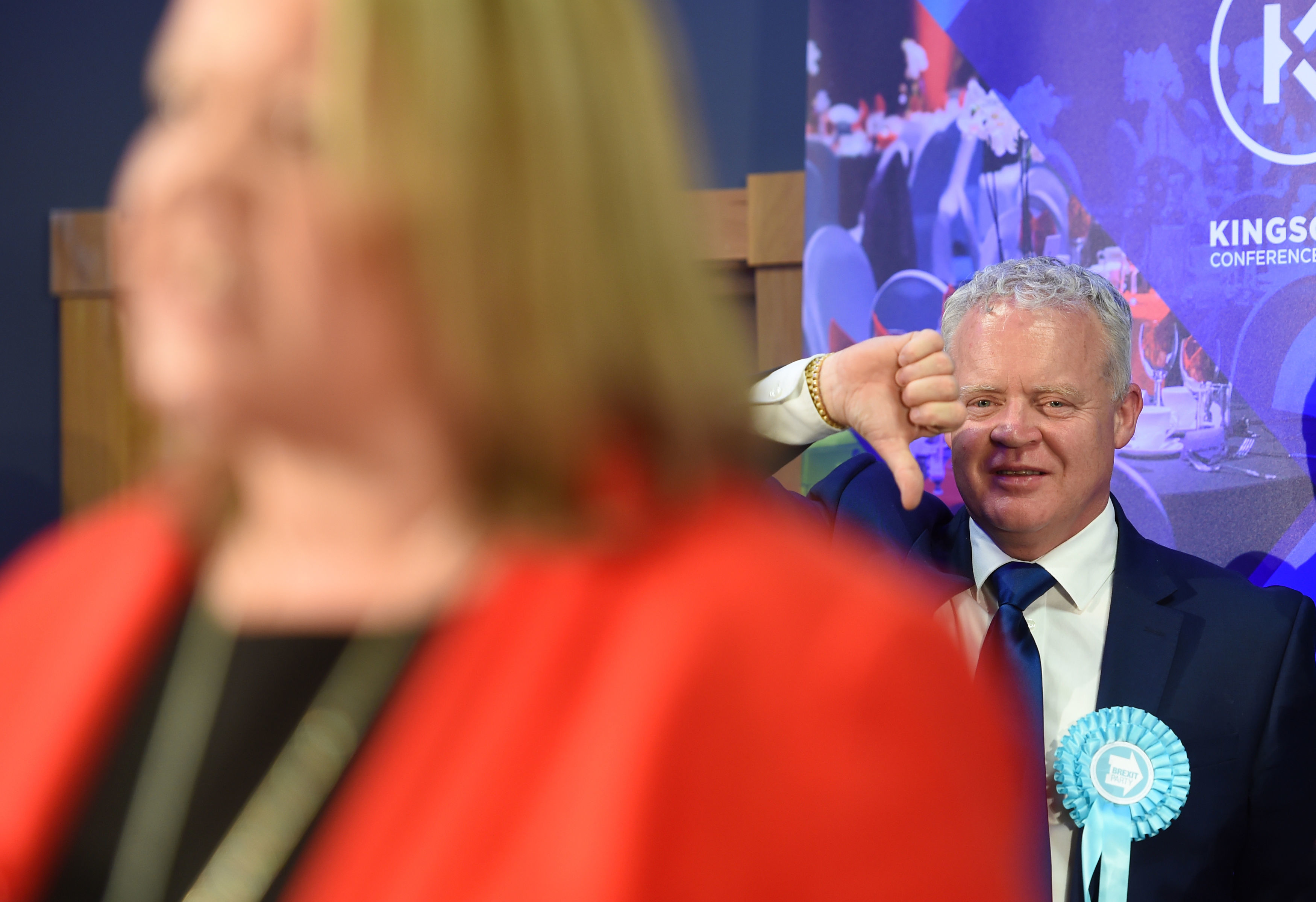 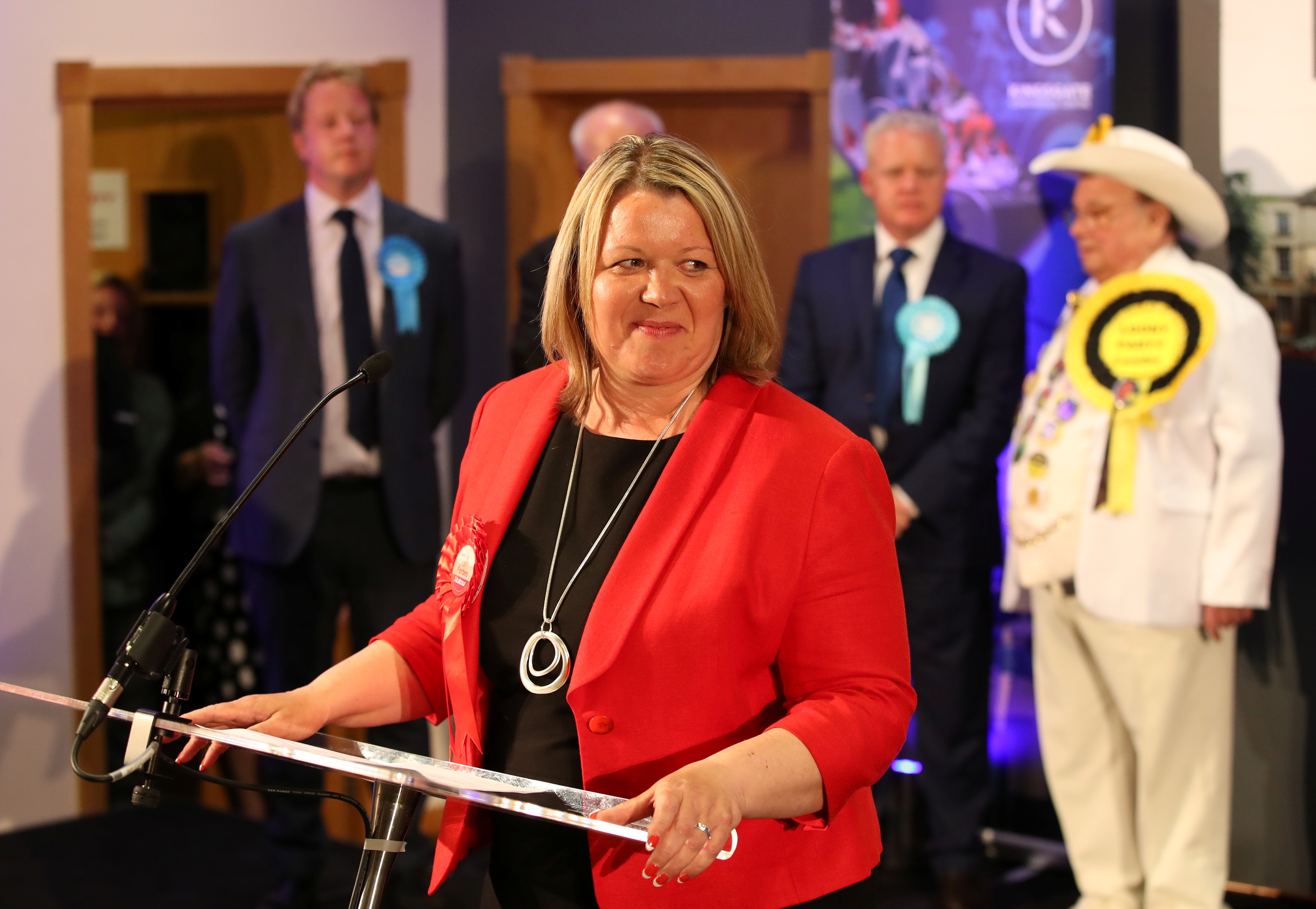 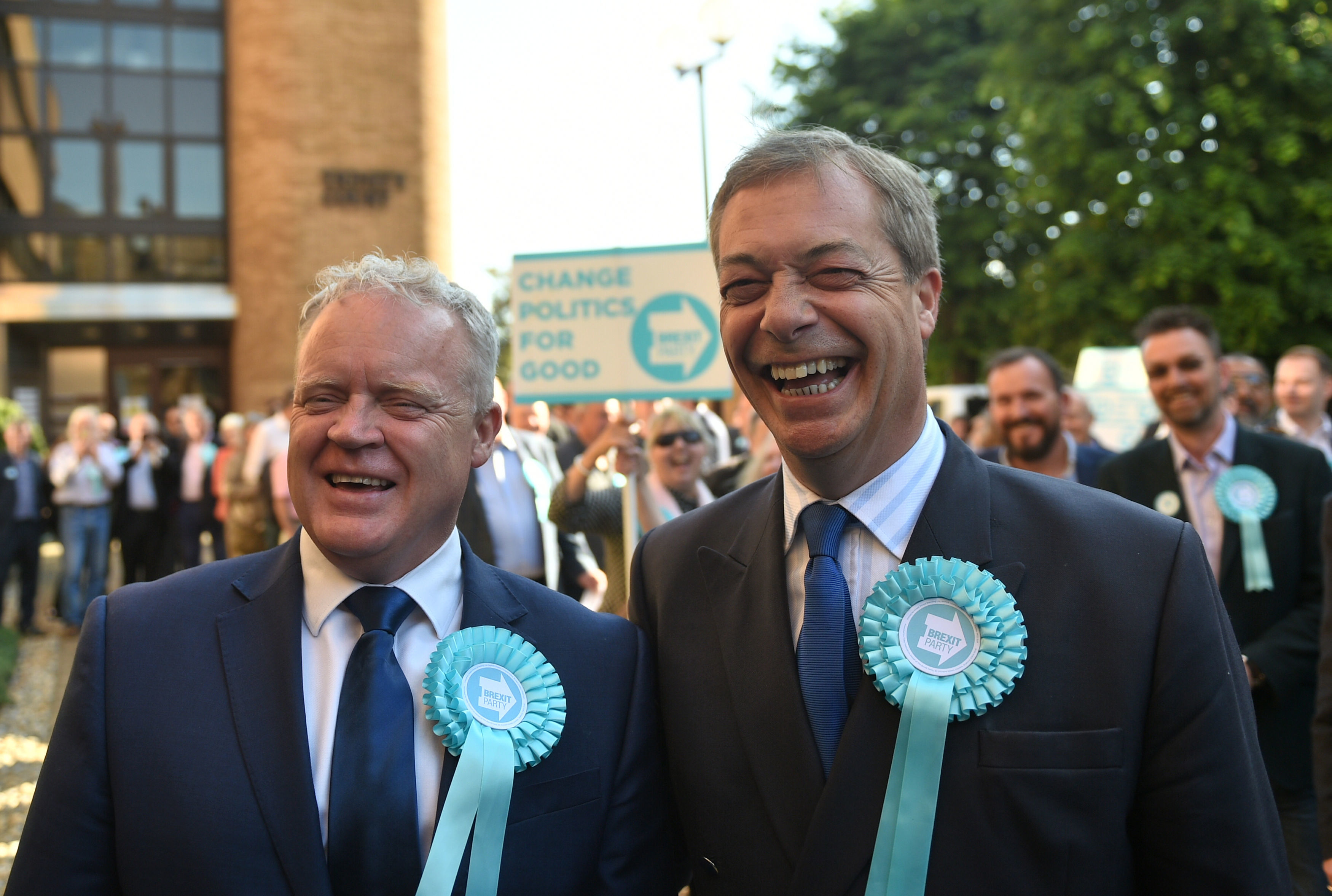 Labour edged to victory last night, revealing the huge fight the Tories have on their hands as Mr Farage's popularity soars.

Given 60% of voters in the area backed Brexit in the 2016 referendum, their party very nearly made history yet again.

Mr Farage had been hoping his party would secure its first MP, just 2 months after it formed.

But Ms Forbes, who last night refused to say she would campaign to Remain in a second referendum, won the seat with 10,484 votes, ahead of the Brexit Party candidate’s 9,801 votes.

In another crushing blow to the Tories, their candidate Paul Bristow came in third place with 7,243 votes. The news will be of little comfort to Theresa May on her final day as Tory leader.

If there were a general election tomorrow with Brexit unresolved it would give the Labour boss a clear path to No10 as the vote is so split.

The Tory and Brexit vote together would have been more than enough to see off Labour last night. 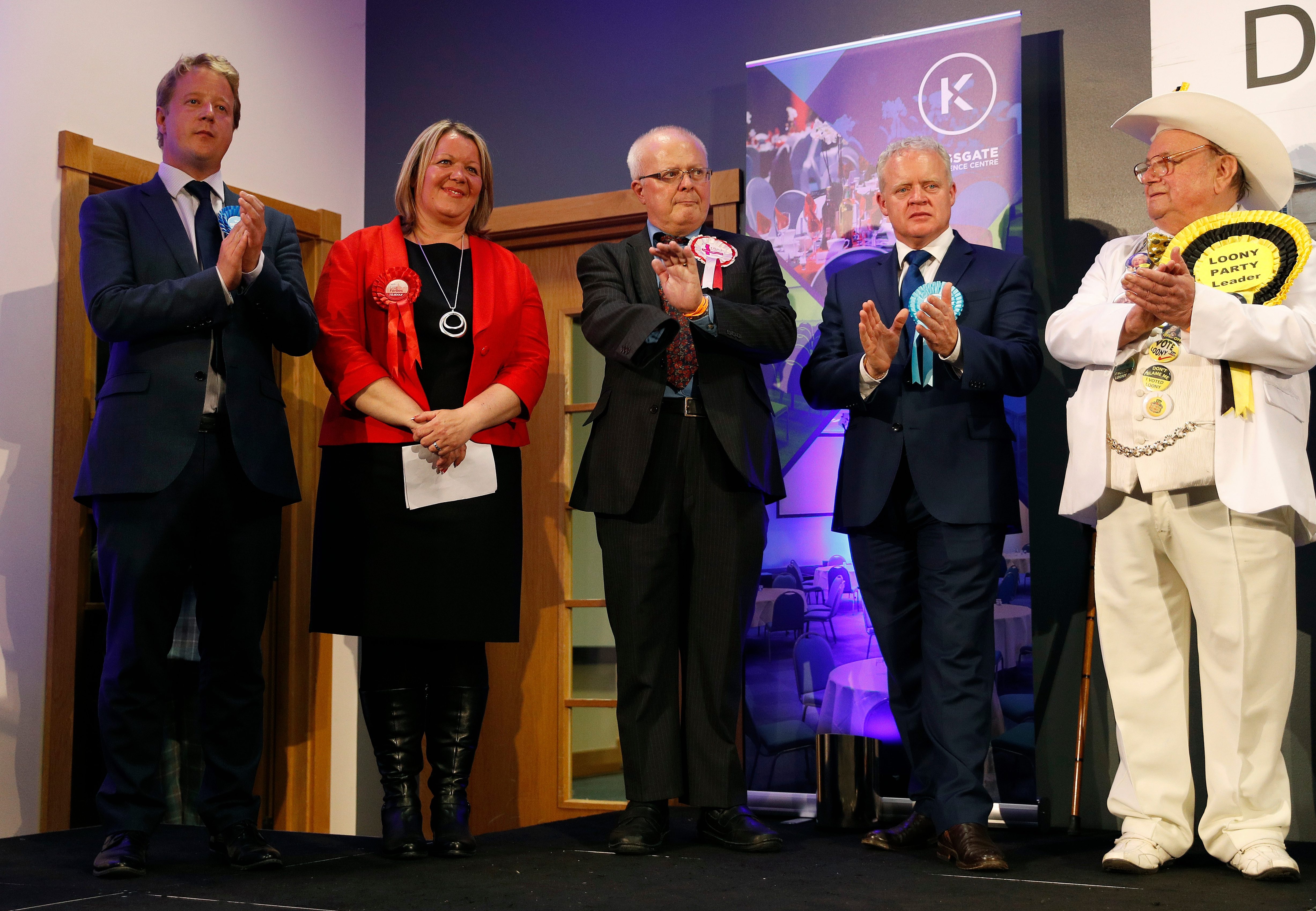 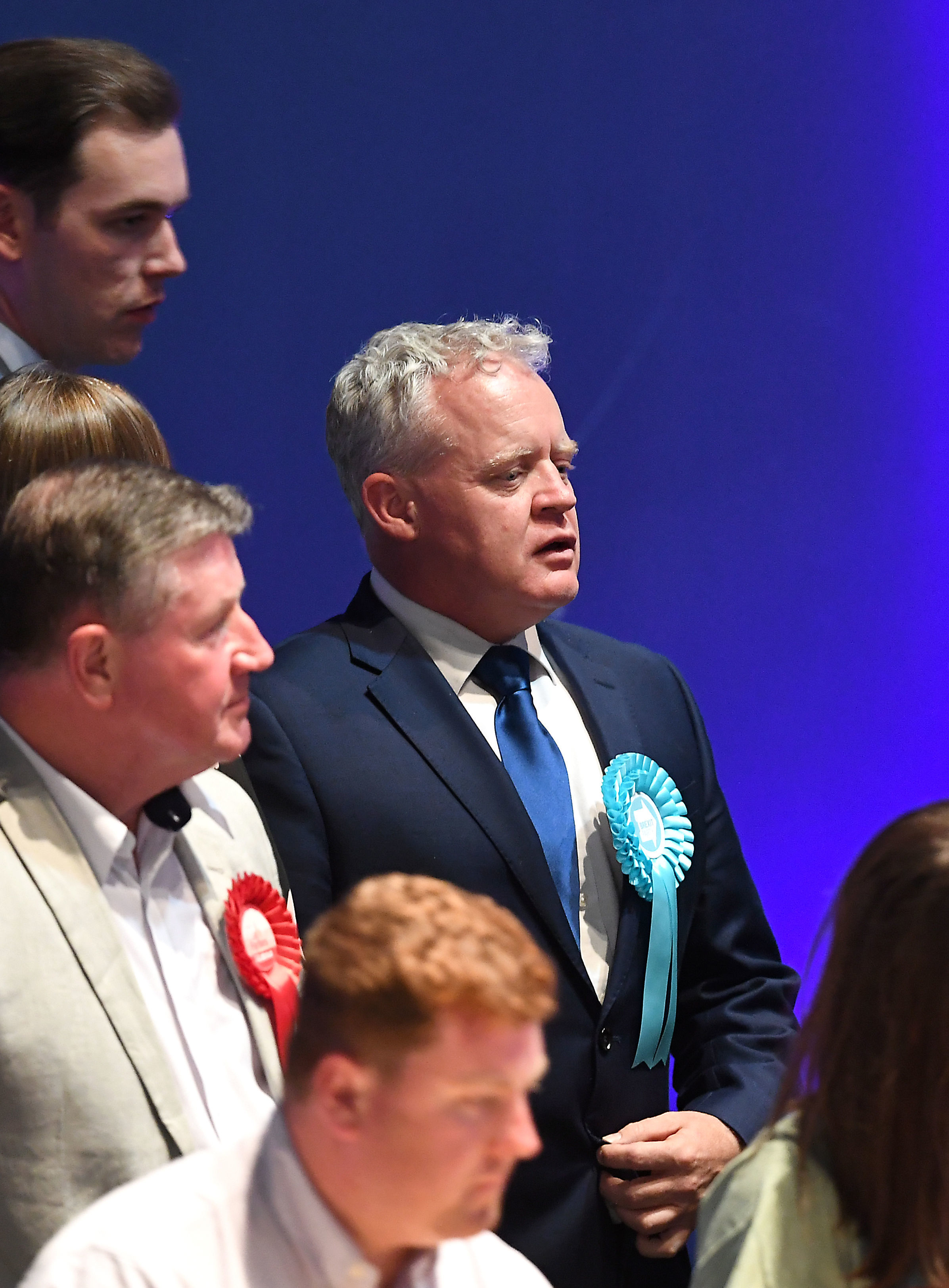 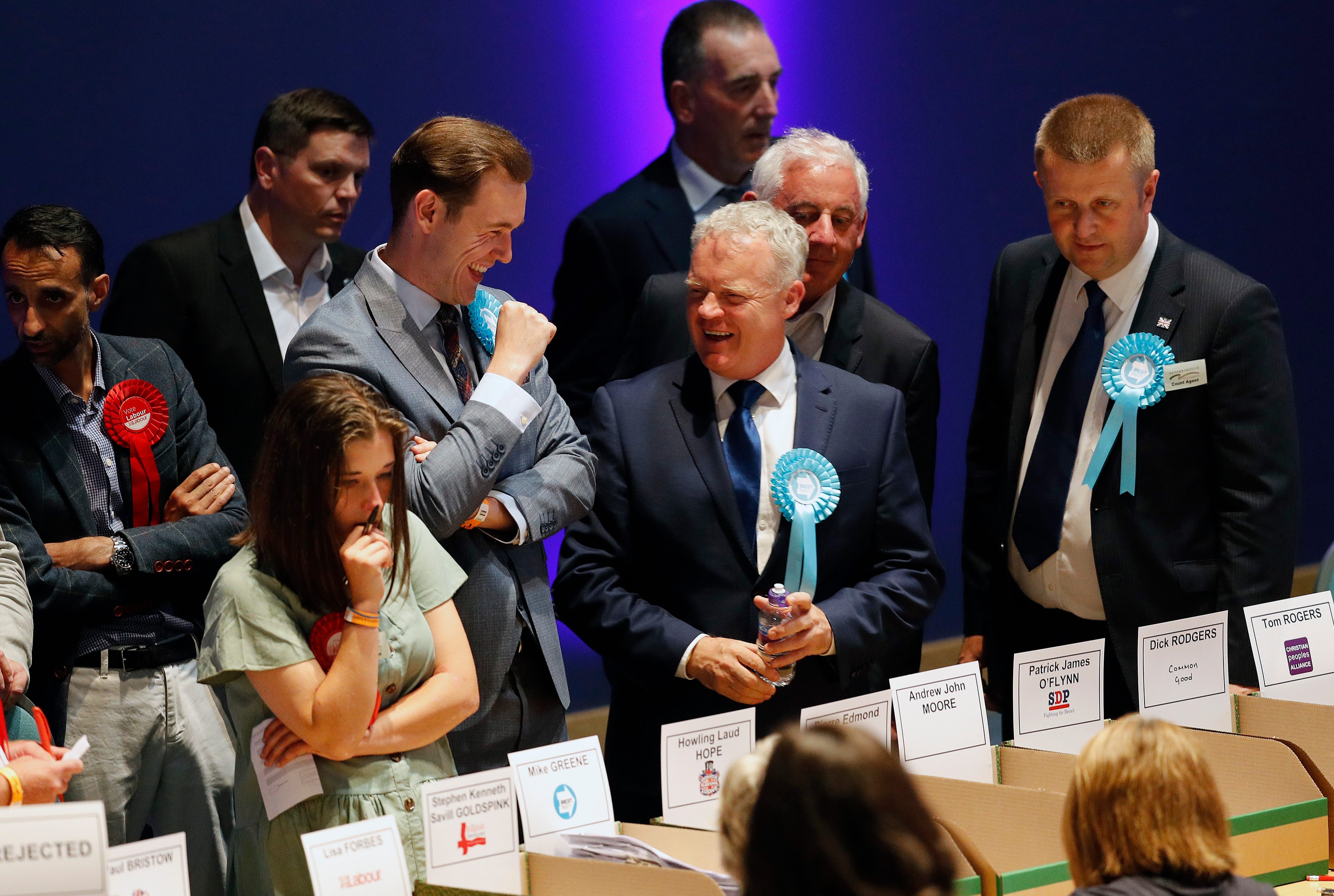 In her victory speech, Ms Forbes hailed the result and the defeat of the Brexit Party.

"Despite the differing opinions across our city, the fact that the Brexit Party have been rejected here in Peterborough shows that the politics of division will not win," she said.

Mr Greene gave a thumbs down sign as the results were announced – but he said "we will be back".

The defeated Brexit Party candidate said they could not match Labour's organisation on the ground.

"Two parties have been ruling this country for decades. That is not happening anymore. We were ahead of the Tories, only 683 votes behind Labour," he told Sky News.

"They have decades of data. We had nothing just four weeks ago. We did not have the vote numbers they had. We didn't have the voting history they have.

'WE WILL BE BACK'

"We will be back. Let's see what does happen in the next general election."

She tweeted: "Amazing achievement by @MikeGreeneTBP but for @UKLabour new MP to describe @brexitparty_uk as representing politics of division is a mockery and – ironically – typically divisive and sectarian."

The by-election was called after Peterborough's previous MP Fiona Onasanya was forced out after she was jailed for lying about a speeding offence.

Onasanya was elected as a Labour MP with a water-thin majority of 607 and was suspended from the party after she was sentenced.

Both Labour and the Conservatives have campaigned hard ahead of the by-election.

Mr Farage had hoped his new party would entering the Commons for the first time – just months after it was founded – in a massive blow to both Labour and the Tories.

He earlier told The Sun Online: "For Peterborough to elect their first Brexit Party MP on D-Day would be hugely symbolic – it would be democracy day.

"It's clearly a two horse race, between us and Labour. But it feels pretty good.

"In normal circumstances that Labour should be winning this seat by tonnes of votes but they are really worried they are going to lose it us. It's going to be very close all the way."

The Tories were originally believed to have a good chance of taking Peterborough.

But after Brexit was delayed beyond March 29, the party's poll ratings collapsed and it would now be a big shock if they did win.

Labour's candidate Lisa Forbes has been hit with claims of anti-Semitism during the campaign.

LABOUR VICTORY: The results in full 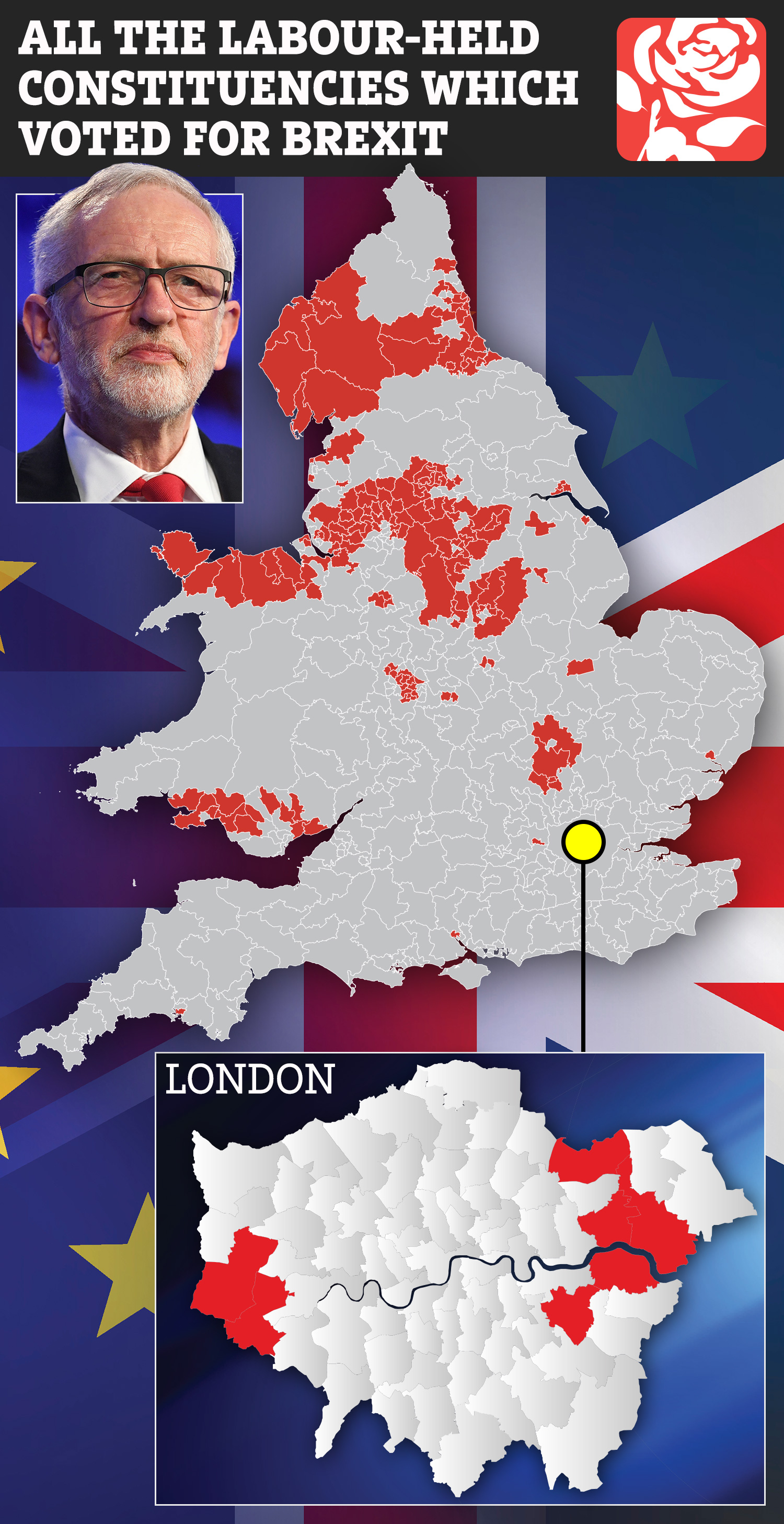 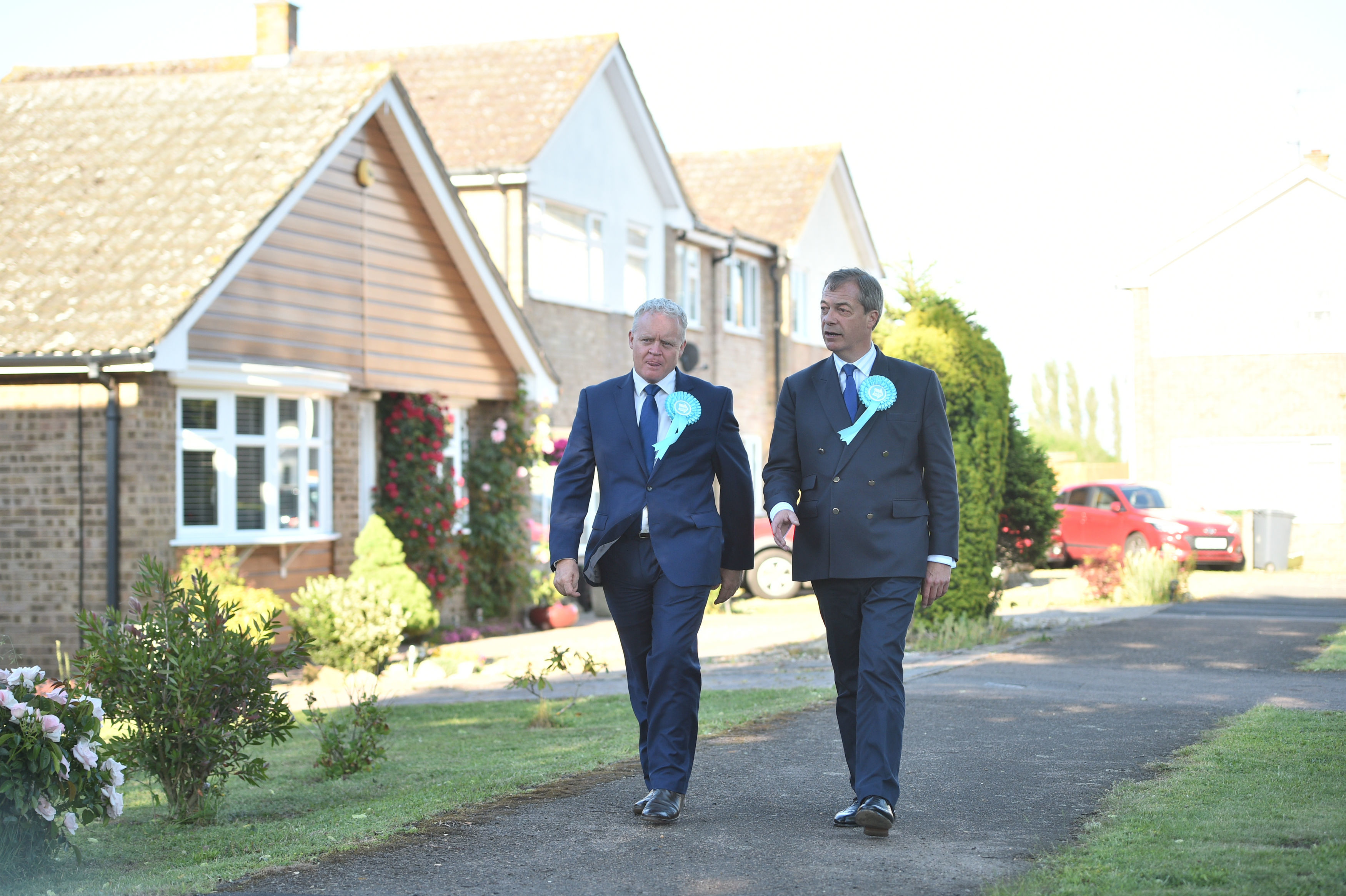 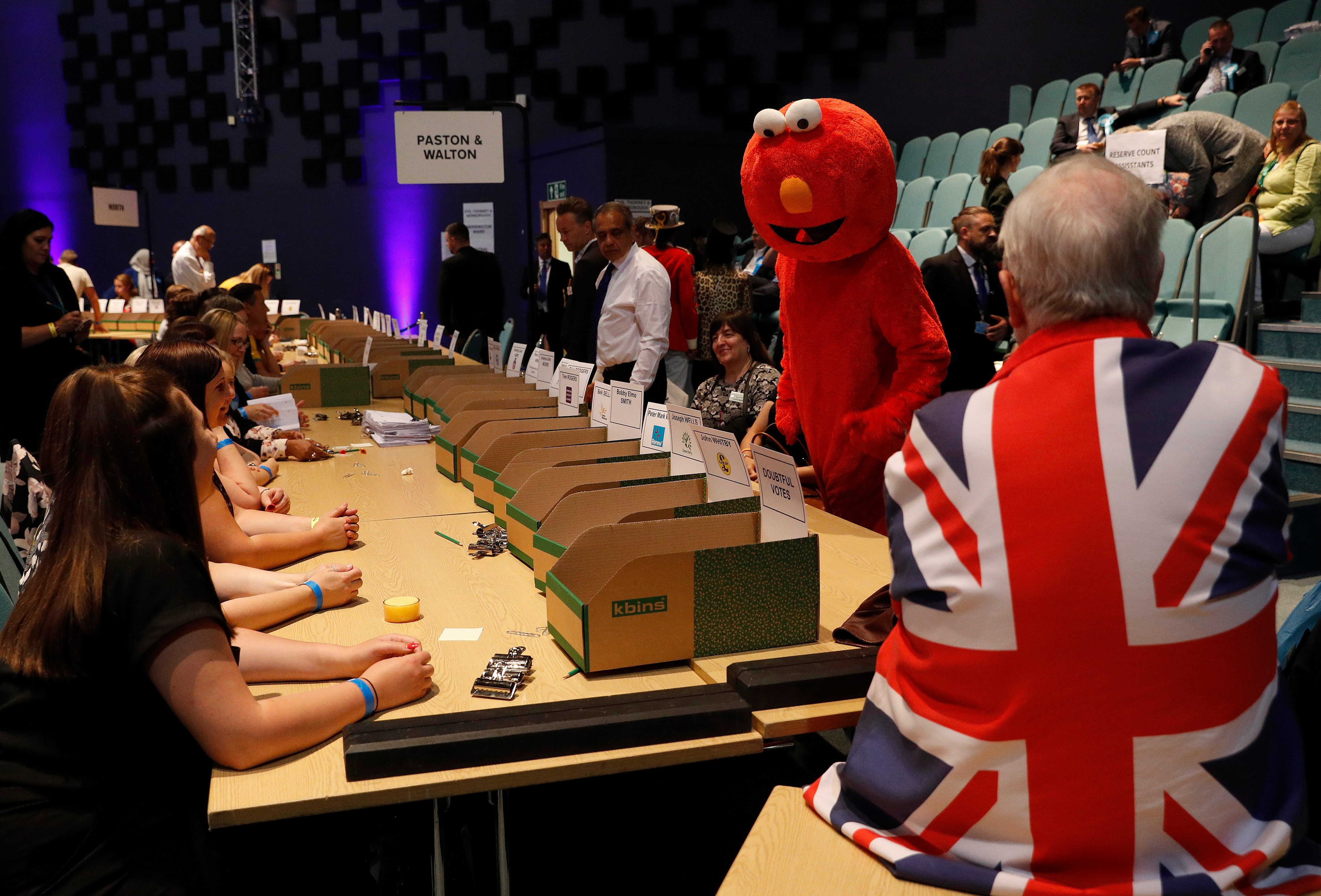