PICTURE EXCLUSIVE: Baby P’s killer mother Tracey Connelly, 40, is spotted enjoying her freedom as she strolls in street after release from jail over death of her tortured 17-month-old son

Cigarette in hand, the evil mother of Baby P carries on life as normal today after being released from prison over the death of her toddler son.

The 40-year-old – who has ballooned to nearly 20-stone – wore a Covid face mask but she pulled it down to take quick drags from her ciggie. 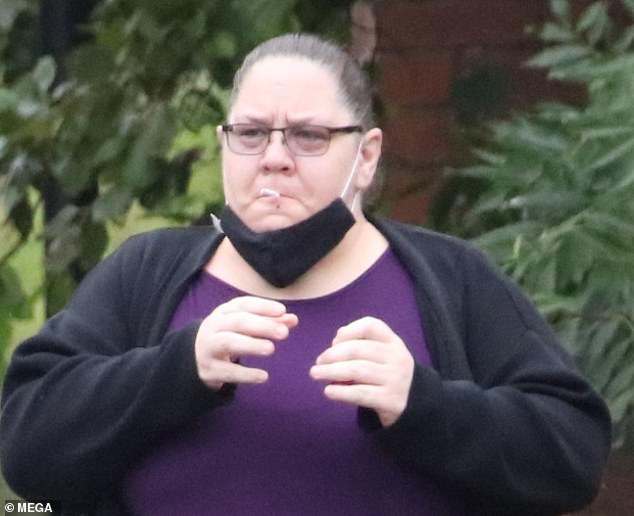 Baby P’s mother Tracey Connolly, 40, who was jailed in 2009 for allowing his death, has been pictured out walking 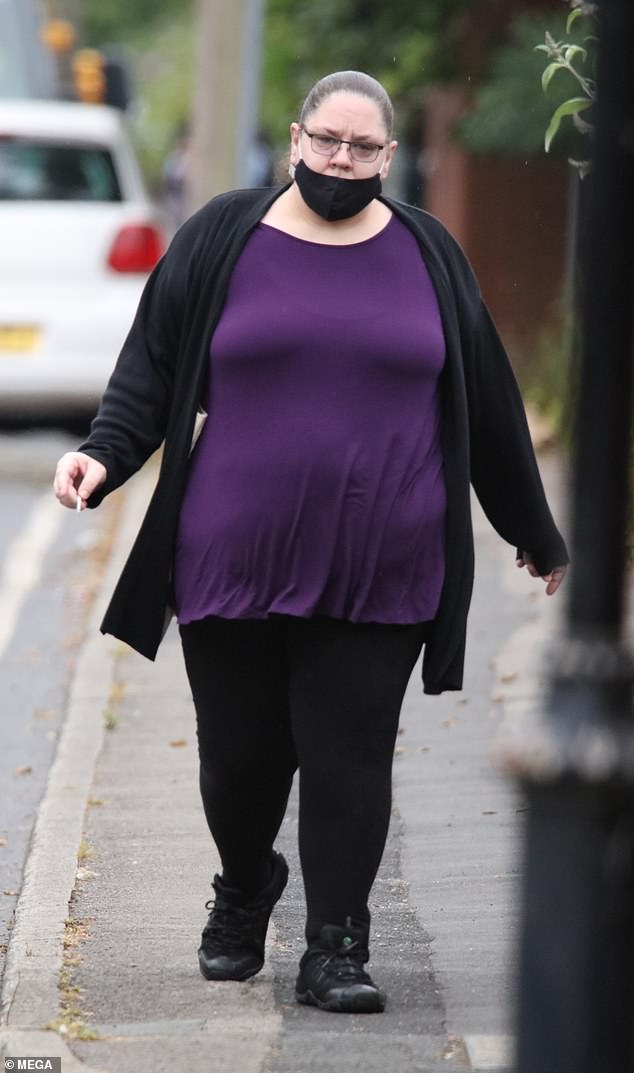 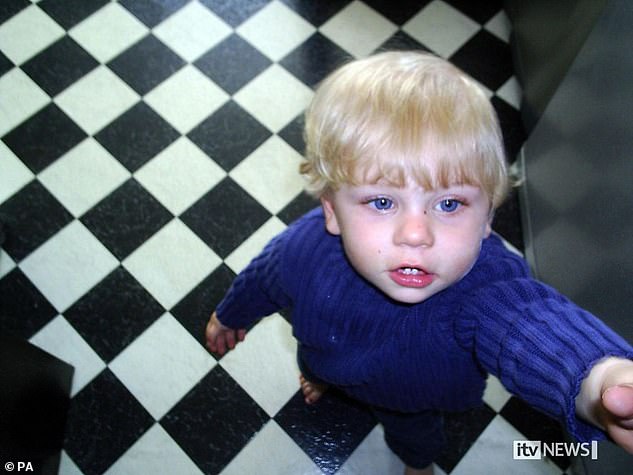 Peter, who was initially named in the press as Baby P, died after suffering more than 50 injuries including a snapped spine and eight broken ribs 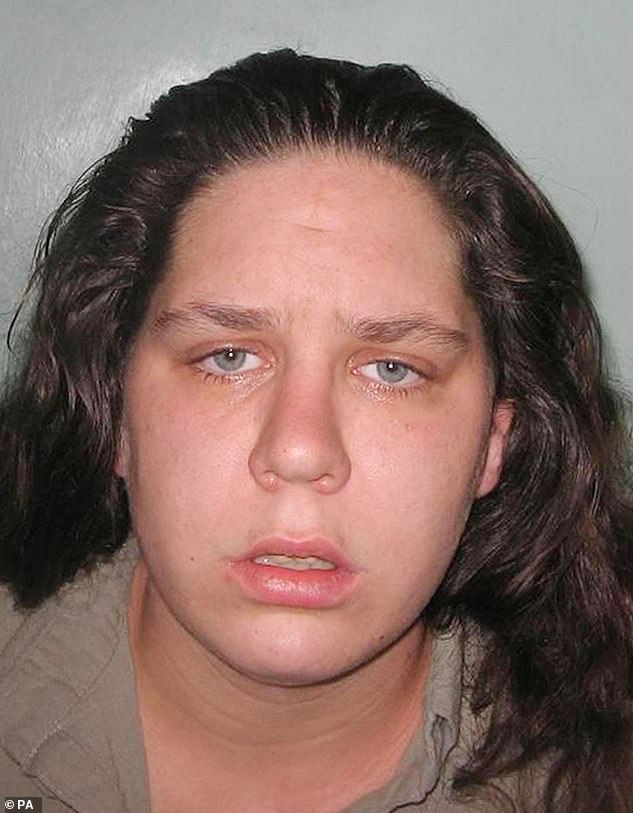 Tracey Connelly, who was jailed in 2009 following the death of her 17-month-old son Peter, was told in March she had been successful in her fourth bid for freedom

She is understood to have been moved from location after her whereabouts was leaked at the weekend.

One onlooker today told MailOnline: ‘What she did is despicable. There are no words for that.

‘There’s no way that she should be out and about living life as normal after what she did. I believe in rehabilitation for offenders but not for what she did.’

Connolly was given parole despite a last-ditch bid by Deputy PM Dominic Raab.

She was given an indefinite term with a minimum of five years in 2009 for causing or allowing the death of 17-month-old Peter in Tottenham, North London, in August 2007. 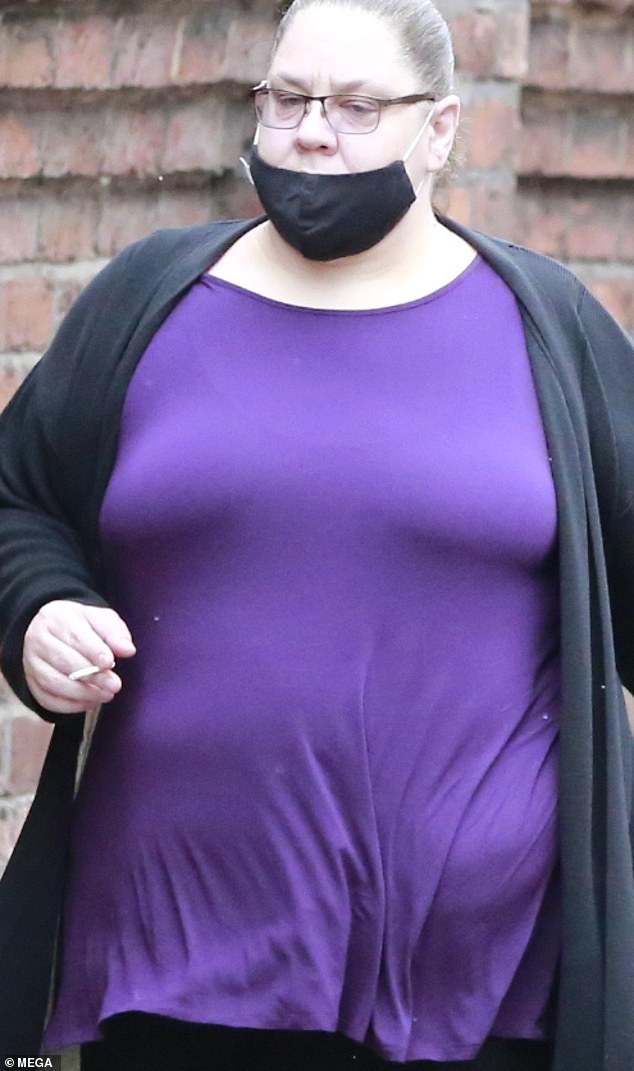 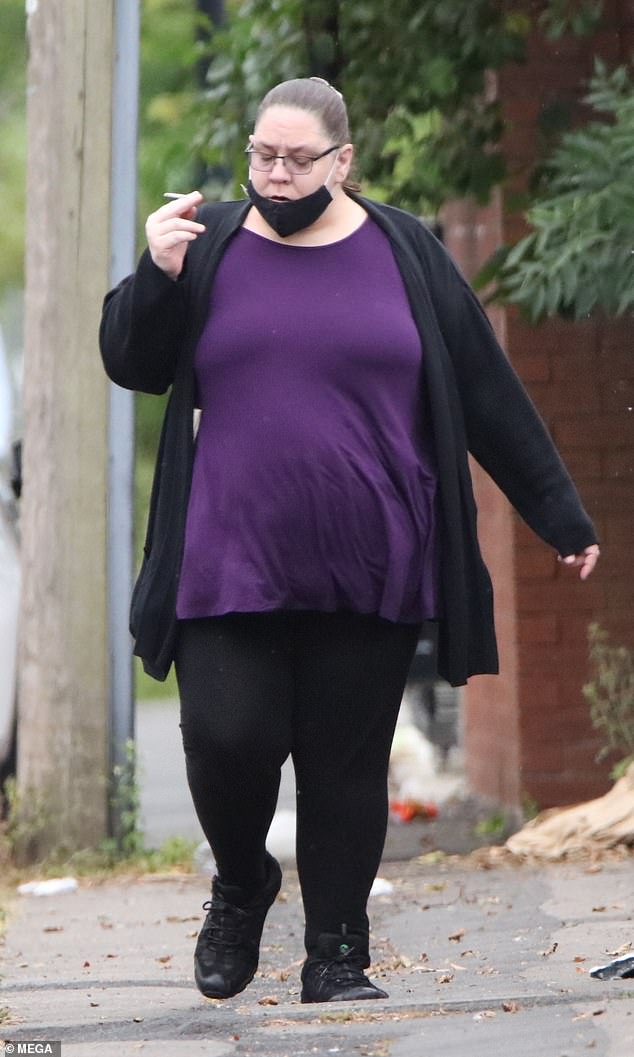 One onlooker today told MailOnline: ‘What she did is despicable. There are no words for that’ 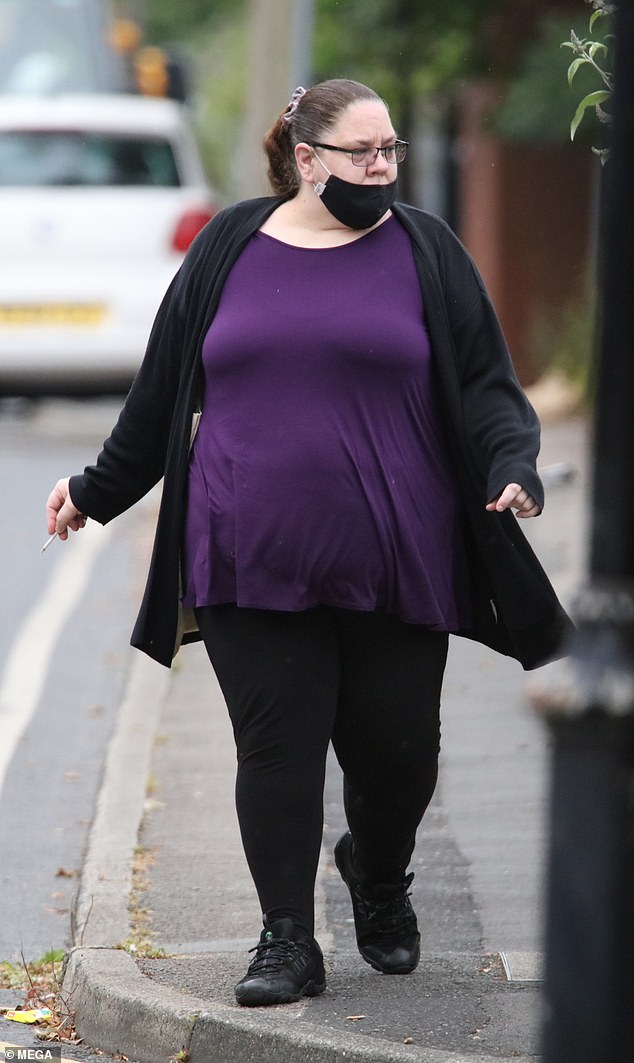 ‘There’s no way that she should be out and about living life as normal after what she did,’ an onlooker added

Baby P: A timeline of the tragedy that shocked Britain

November 13, 2008: Ed Balls orders an inquiry into the role of the council, health authority and police

May 22, 2009: Connelly is jailed indefinitely, Barker gets a life term and Owen is given an indeterminate sentence for public protection

October 7, 2009: Shoesmith launches a High Court case against Balls to seek compensation for her dismissal

September 15, 2010: Shoesmith tells MPs she is sorry about what happened but refuses to accept any blame, saying she had no involvement in the care of Baby P

May 27, 2011: The Court of Appeal rules in favour of Shoesmith, saying her dismissal was ‘tainted by unfairness’

October 8, 2013: Connelly is recommended for release by the Parole Board

February 14, 2015: Connelly is back behind bars after sending nude pictures to male fans

December 29, 2015: The Parole Board rejects Connelly’s first bid for freedom

November 28, 2017: The Parole Board rejects Connelly’s second bid for freedom

January 6, 2019: The Parole Board rejects Connelly’s third bid for freedom

March 30, 2022: Connelly is recommended for release by the Parole Board

David Spencer, director of the Centre for Crime Prevention, said: ‘It is appalling to see this woman free to walk the streets again.

‘Few people would disagree her horrendous crimes deserved far longer behind bars. I am pleased that Dominic Raab agrees and did his utmost to keep her in jail.

‘Let’s hope he now delivers long-overdue and meaningful reform to the parole system.’

Connelly’s parole bid was the fourth after losing appeals in 2015, 2017 and 2019 — with officials finding she still posed a threat to the public.

She finally won in March despite Mr Raab going to court only for a judge to rule in her favour. Connelly was pictured for the first time on Friday, straining with shopping bags from Aldi and Bodycare.

Her own mum, Mary O’Connor, slammed her release, telling The Sun: ‘Look at her — look at the state of her. She’s got so fat. She looks disgusting.

‘She is wearing the mask because she doesn’t want anyone to recognise her. It makes me feel sick looking at these photos. I don’t know how she can live her life like normal.’

Connolly is subject 20 licence conditions, including wearing a tag and having to declare any relationships she now forms.

Any breach could see her sent back to jail immediately.

She was previously released in 2013 but was recalled to prison in 2015 for selling naked photos of herself and breaching her licence conditions by ‘developing intimate personal relationships’ online.

Earlier this year, Mr Raab had asked the board, which is independent of the Government, to re-examine the decision under the so-called reconsideration mechanism.

His application was ‘refused’.

Known publicly as Baby P, Peter had suffered more than 50 injuries despite being on the at-risk register and receiving 60 visits from social workers, police officers and health professionals over eight months. 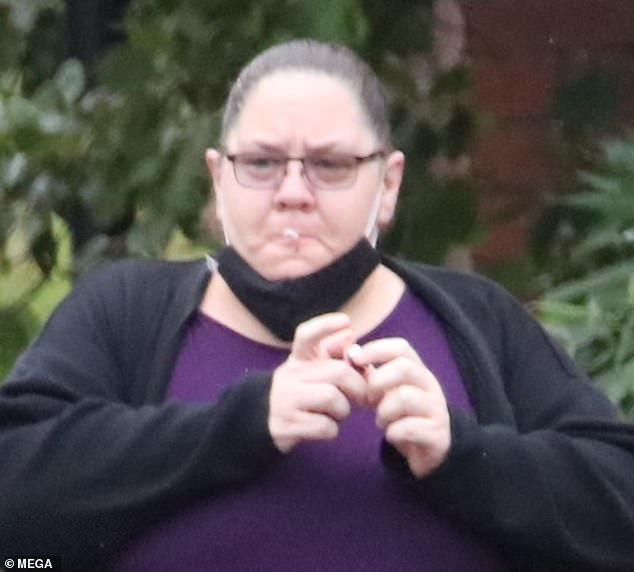 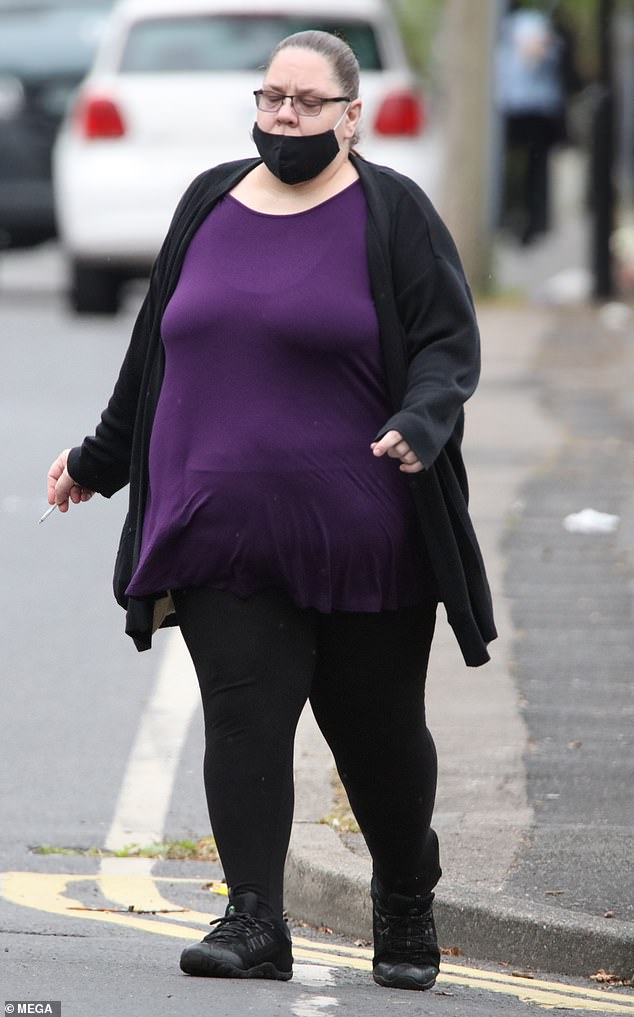 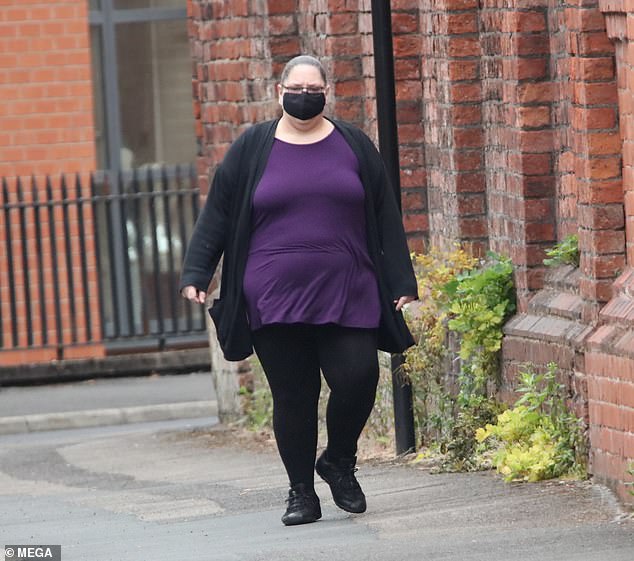 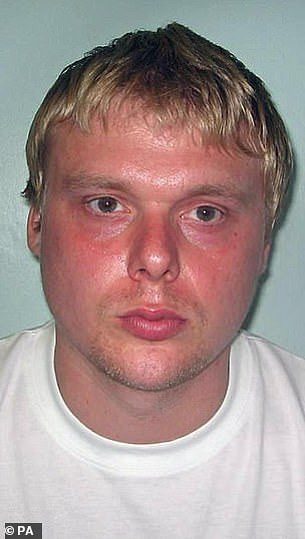 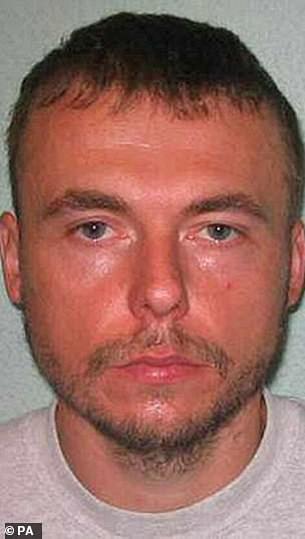 Baby P, was tortured to death in 2007 by Connelly’s lover Steven Barker (left) and his brother Jason Owen (right) at their home in Tottenham, north London 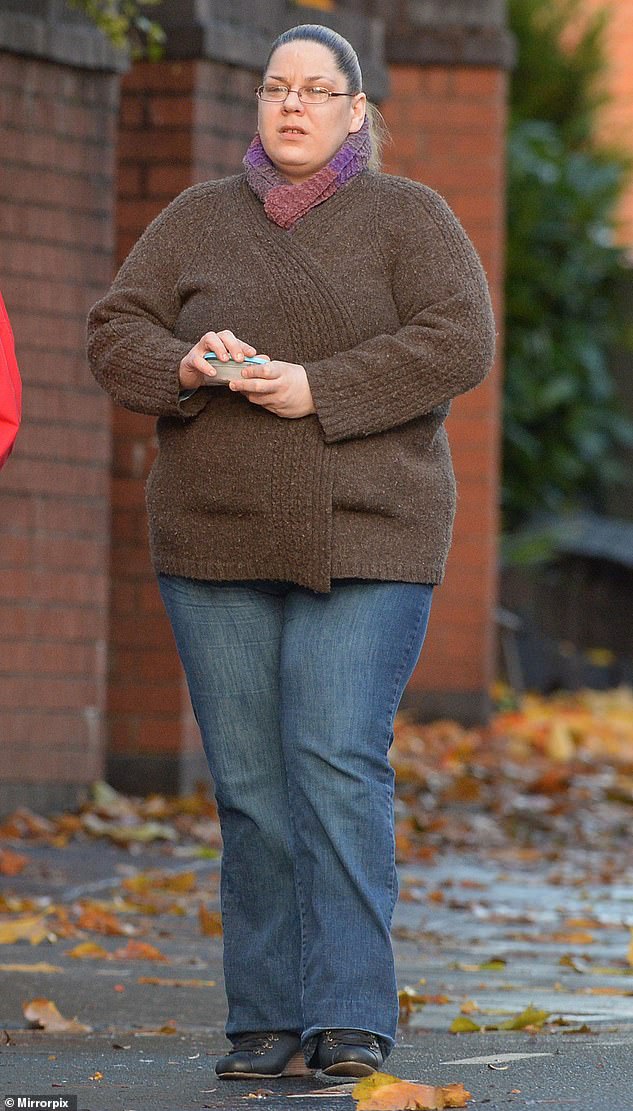 Connelly, pictured in 2013, when she was released on licence in 2013 before being ordered back to jail

Connelly’s lover Steven Barker was jailed in 2009 for a minimum of 32 years for torturing the 17-month-old to death while his brother, Jason Owen, received a six year jail sentence for allowing the toddler to die.

A series of reviews identified missed opportunities for officials to save the toddler’s life had they reacted properly to warning signs.

Three of the children, including Peter, were on Haringey’s Child Protection Register because of fears they were being neglected.

Connelly, who covered up the abuse of her son, was jailed in 2009 for a minimum of five years after admitting causing or allowing the death of her son Peter.

Living with killers: The little boy who never stood a chance

Tracey Connelly, who covered up the abuse of her son Baby Peter, was living with Steven Barker and Jason Owen when little Peter died.

Barker was a sadistic neo-Nazi who raped a two-year-old girl, tortured his own grandmother and is suspected of sex attacks on other children.

Their ‘lodger’ and his brother Owen was a crack cocaine addict and convicted arsonist who was accused of raping a girl of 11.

The full horror of what they put Peter through only emerged after he was found dead in his cot, his emaciated body covered with 22 separate injuries.

At the time of his death, Peter and three other children were sharing a four-bedroom house with Connelly, her boyfriend Barker, his paedophile brother Owen and his four children, plus Owen’s 15-year-old girlfriend.

Three of the children – including Peter – were on Haringey’s Child Protection Register because of fears they were being neglected.