Kimberly Potter, 48 – a veteran of the Minneapolis force after 26 years – fired her gun during a struggle with Daunte Wright, 20. The death – on the outskirts of the same city where George Floyd was killed last May – sparked days of riots and looting. Police chief Tim Gannon said he believed Potter had been reaching for her Taser. He later resigned.

Potter’s resignation letter said: “I have loved every minute of being a police officer and serving this community to the best of my ability.

“But I believe it is in the best interest of the community, the department, and my fellow officers if I resign immediately.”

Mr Wright was killed on Sunday after Potter and her partner pulled his car over. They said they suspected it had an expired licence plate tag – similar to car tax – but then realised there was an outstanding warrant for his arrest, reportedly for a firearms offence and fleeing police.

He complied with an order to get out of the white SUV but tried to get back in, resulting in a struggle.

It was then he was fatally shot by Potter. Police body camera footage showed the officer repeatedly shouting “Taser!” before shooting.

Mr Wright is seen driving away and Potter says to her partner: “Holy s***, I just shot him.” 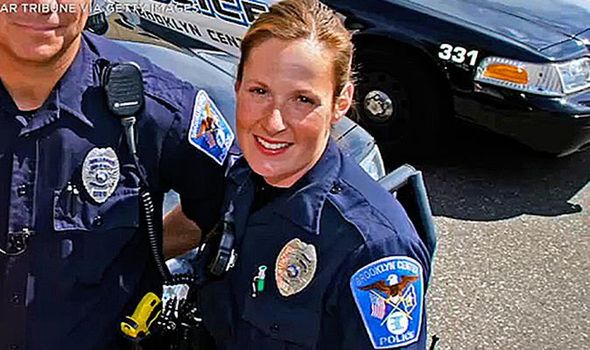 The injured man – father to a one-year-old son – managed to drive a few blocks before crashing. He died at the scene from a gunshot wound to the chest.

Potter had been placed on administrative leave while the incident was investigated. But Mr Wright’s mother Katie said she did not believe the shooting was an accident. She told Good Morning America yesterday: “He was my life, he was my son and I can never get that back. Because of a mistake? Because of an accident?”

“I would like to see justice served and her [Potter] held accountable for everything that she has taken from us.”

Katie’s husband Aubrey said: “That doesn’t even sound right. This officer has been on the force for 26 years.”

Speaking at a vigil on Monday where Mr Wright was shot, his mother said: “I just need everyone to know that he is much more than this.

“He had a smile that was angelic. My heart is literally broken in 1,000 pieces. I miss him so much, and it’s only been a day.” 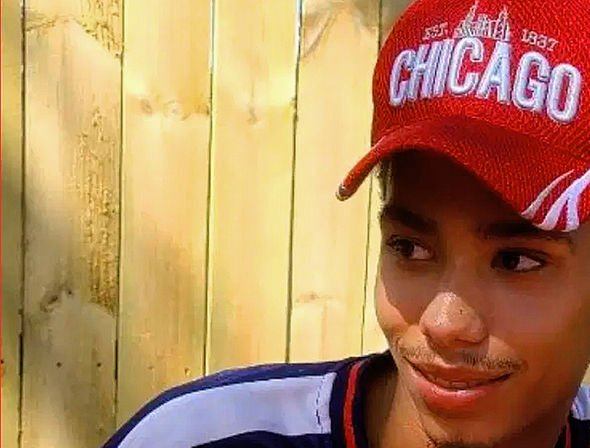 His half-brother Dallas added: “My brother lost his life because they were trigger happy.”

US Vice President Kamala Harris tweeted: “Daunte’s family needs to know why their child is dead, they deserve answers.”

Former President Barack Obama called for a full probe and an overhaul of policing.

He said the fact the shooting happened as Minneapolis was reliving the “heart-wrenching murder” of George Floyd showed “not just how important it is to conduct a full and transparent investigation, but also just how badly we need to reimagine policing and public safety in this country”.

Ex-policeman Derek Chauvin, 45, is currently on trial for the murder of Mr Floyd, 46, after he was filmed kneeling on his neck.